For WWE fans the month of November means Survivor Series. The annual Thanksgiving-week PPV has long been a staple on the WWF/E calendar and has held onto the honorary title of “Big Four” show, where you’re supposed to be guaranteed big things will happen.

Is that still the case, though? Is Survivor Series still a “big” four show?

The event began as “the other PPV.” In 1985, the WWF launched a gamble of a show called WrestleMania that quickly proved itself a winning move. They followed it up in November with “The Wrestling Classic,” a one-off event whose sole purpose was to see if they could replicate the PPV success of WrestleMania. They did—mostly—and quickly put plans in motion for WrestleMania 2 the following spring.

Even though Mania 2 was a financial loser for the WWF, the failure was more in the overly ambitious decision to host the show in three separate cities. From a PPV buyrate standpoint the event was nothing short of a smash hit. It would be a year before the company returned to PPV but when they did they blew away everything before it: WrestleMania III is rightly called the pinnacle of the 1980’s Pro Wrestling boom and the show that really earned the future-moniker “the showcase of the immortals.”

With WrestleMania now firmly entrenched as an annual event, Vince—ever the capitalist—moved to expand his empire. For a target he decided to return to the month of November and horned in on the NWA’s territory to boot: For five years, the National Wrestling Alliance hosted their annual supershow, Starrcade, on Thanksgiving day. Vince decided to run his newest PPV—The Survivor Series—on the same day, forcing buyers to choose.

They chose the WWF and the quasi-rematch (albeit in tag-form) between Hulk Hogan and Andre the Giant. After that, the NWA moved Starcade to December and the WWF eventually settled into hosting Survivor Series on the Sunday before Thanksgiving.

For years the show was the most important event of the fall. The Royal Rumble would take a few years to become anymore more than an exhibition show and King of the Ring didn’t come around until 1994; for a time the company’s storylines were built around WrestleMania, SummerSlam (which debuted the summer after the first Survivor Series) and Survivor Series. WrestleMania was the big tuna where everything converged. SummerSlam was the show where the post-Mania storylines started to peak and Survivor Series was where the big twist would happen, setting the stage for the climax at the next WrestleMania.

Over time, however, as the company added more and more monthly shows, Survivor Series’ importance diminished. The Royal Rumble became the defacto #3 (arguably #2) show and King of the Ring ended up upstaging the event in terms of fan interest in the gimmick; fans liked the tournament aspect of KOTR more than the elimination tag theme of Survivor Series.

Arguably the last time a Survivor Series was seen by both fans and the company as an important show was 1998, when the company ran a one-night tournament for the WWF Championship, the conclusion of which had major storyline implications leading up to the next WrestleMania. Since then there have been a few memorable moments (Austin getting run over in 1999, the first Elimination Chamber match in 2002) but very little that couldn’t have been done just as easily on a random October or December PPV.

Survivor Series 2001 ended with a big WWF vs WCW elimination tag match. That’s a perfect use of the Survivor Series format, but it was basically already done in July at the InVasion PPV. In the post-Attitude Era, the show was almost always main-evented by whatever big title match the company could scrape together, and it was almost always a match that had been seen already, oftentimes very recently. 2009 featured a “big” Cena vs HBK vs Triple H match, which was nothing more than throwing three guys who’d been wrestling with or against each other for the past four years into yet another match.

Sure, 2011 had Cena teaming up with the Rock; that was a legit big moment and it was saved for Survivor Series, but it was also done with the full understanding that it was just a placeholder until the real match at WrestleMania took place. In fact, the show only barely received an uptick in buys compared to the very pedestrian 2010 show (main-evented by Randy Orton vs an already neutered Wade Barrett). 2011 was probably the last time the company really tried to do something special with the event.

And now that the brand-split is back on and the company is putting more emphasis than ever on pushing both brands as equals, Survivor Series has become the defacto “Raw vs SmackDown” show. While that makes for some easy marketing it has one major drawback: The show no longer matters.

It had been trending that way for a while, with 2013’s Randy Orton vs Big Show main-event being seen as the death of the show as a “big” PPV, but now that it’s basically a one-night fantasy booking special, the show has no stakes. There’s no reason to get invested in the show because it’s built around a pretend rivalry between two halves of the same company. This isn’t even the Superbowl (which began as a legit cross-promotion contest); this is an exhibition night. 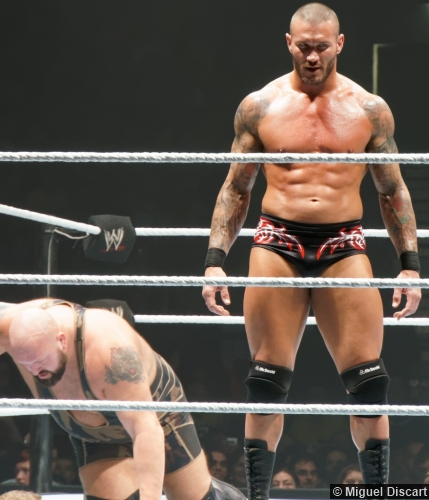 Maybe it’s time to retire the show, or maybe just reduce its importance to just a Thanksgiving-day mini-show, where the two brands have a few tag matches and other inter-brand fights against each other that don’t matter beyond just seeing different people mix it up for one night only.

In its place, the big November show should be given, ironically, to Starrcade.

WWE is bringing the brand back this year with a house-show special event. It will be untelevised and unaired on the WWE Network. Other than some viral marketing and local promotion around the Greensboro, North Carolina area, it’s basically a ghost of an event.

But imagine if WWE took their Night of Champions PPV idea, combined it with Starrcade and ran it on the Sunday before Thanksgiving. You’d have a PPV with actual stakes again, as every title (from both brands) could be defended. You could even use the opportunity to mix up the rosters if you wanted and have a SmackDown title be defended against a Raw superstar, leading to a title and a brand change.  The potential is there to do more with the November show than what WWE is currently doing.

Will they actually bring Starrcade back to the forefront? No: If they won’t do it this year—on the thirtieth anniversary of Survivor Series’ victory over it—they’ll never do it. At the same time, if they won’t make Survivor Series something special (beyond a lazy “Raw vs Smackdown” theme) this year—on the thirtieth anniversary of its beginning—they never will.

Maybe they have something up their sleeve. Maybe they plan to make this year’s edition one for the ages. I hope so. I’d welcome it. 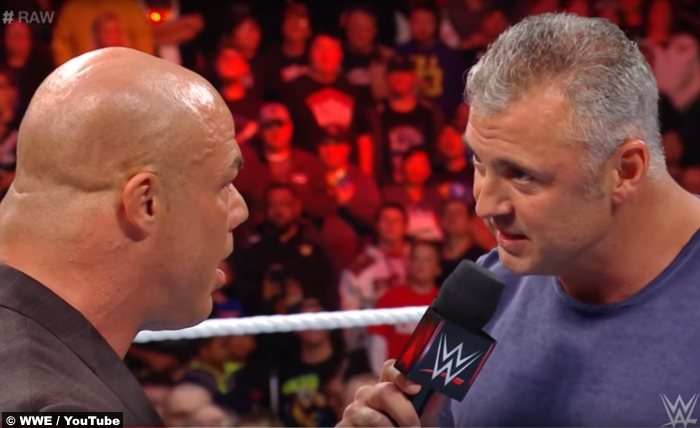