The Mist S01E06 Review: The Devil You Know – A funhouse of WTF

I’ve written before about the need for mercy in crisis situations, such as natural disasters or supernatural ones, like when a giant Mist envelops your town. Mercy is still important, but this week, the show ruminates on the need for trust.

Mia damages the trust the boyz 2 men at the hospital have in her when she (temporarily at least) abandons them there. She’s gone back to her mom’s house and I really don’t get it. What could be so important? A duffle bag of money? Despite her recent bad habits, and by that I mean her literal habit, Mia hasn’t seemed so illogical. In the Misty home, she ends up having a hallucination about her mother, who apologizes for not being the mother Mia needed and then tries to kill her. 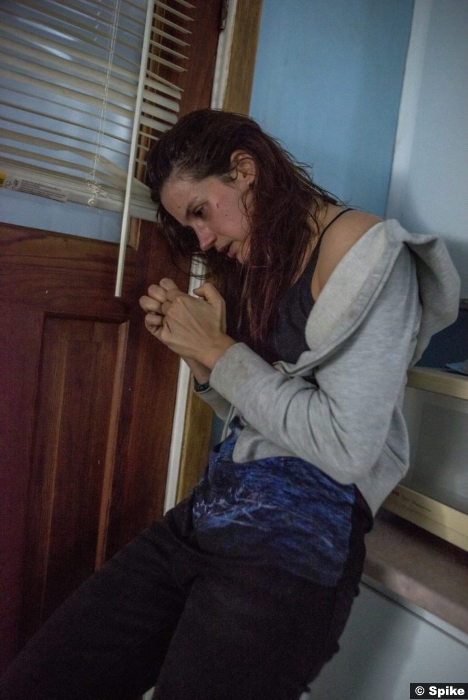 This is the real reason the show wants her at the house and so that’s why it contrives this nonsense about the money to get her there. It almost seems like it’s doing the same thing—putting a character in a contrived situation for plot efficiency—when it has Alex gather supplies at a mall hiking store alone. People recover and cope differently, of course, but it’s hard to buy that so soon after her trauma, Alex is like, “Yup, love to wander into dark, enclosed spaces alone.” While she’s poking around the store’s office, someone locks her in and then sets the room on fire. She immediately runs away from the extinguisher and waits to die (???) before Jay can bust the door down and play hero. She even calls him on it—did he put her in danger so he could be her hero? He denies it and my instinct is to believe him, because it’s so stupid, but then again, look at the way everyone else is acting.

That, in fact, is the whole reason why Jay was there. He was looking for Alex because he wants to join the splinter group, ever since the big group tossed Vic out of the mall. He doesn’t trust them. Alex is beginning to trust him, though, which gets him a small modicum of Eve’s trust and then into the little group. Meanwhile Gus trusts Eve’s instincts and helps her distribute a stack of mimeographs purportedly from the state guard. Trust the government, they want the mall group to believe. They’re coming to help. Fox Mulder would have something to say about that. 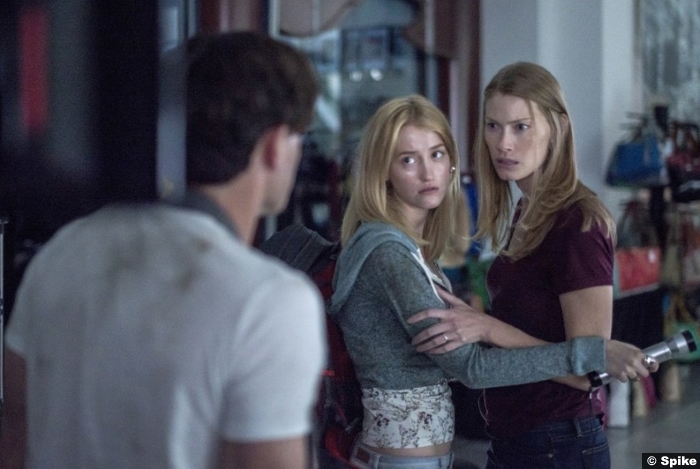 The only part of the government he trusts is a doctor he met during his federal employment. But on The Mist, you can’t even trust doctors. Dr. Feelbad at the hospital has a theory about the Mist that involves metabolic mumbo jumbo and plot juice—it doesn’t matter. It’s another contrivance, this time to get a sedated Kevin strapped to a gurney in a Mist-filled room. Minutes tick by, but nothing attacks Kevin. All that happens is that he sees the world’s sassiest owl, who says, “What?” and a hallucination of himself. The doctor thinks he’s onto something with his metabolic whatzits theory, but I think it’s Kevin. We don’t get a chance to find out for sure, though, because Bryan and Adrian come to Kevin’s rescue. That’s around the same time Mia comes back and around the same time, the gennies fail at the hospital. As the power goes out, all the doors start flinging open. Unwilling to trust the run to the car, the group decides to hole up in the psych ward, where the doors stay shut. 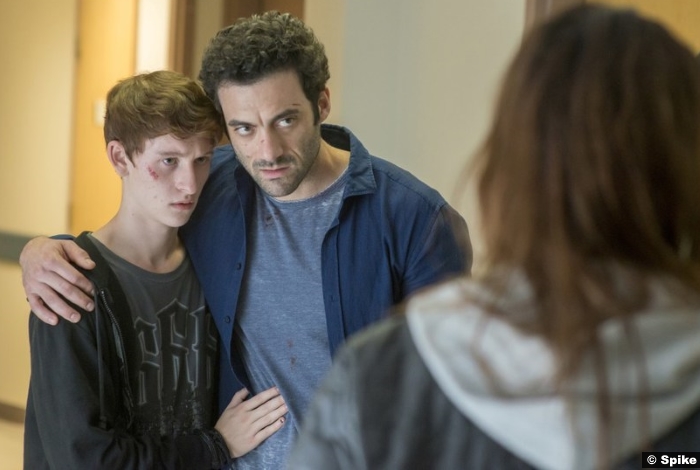 And speaking of shut doors, that’s what saves Nathalie at the church, although she’d have you believe it was “[insert some airy-fairy sentence about the Mist].” Link, a normally mild-mannered kid at the church, has decided that Nathalie needs to be punished with God’s wrath for her blasphemy. But when she gets the drop on him and locks him in the church’s tower, with Mist pouring in from a window she broke, he doesn’t trust God to save him. But it wasn’t ever about God, anyway, was it? It was about the power some small minds feel when they can use God as a cudgel. Case in point: Father Romanov, who allowed this.

6/10 – And that’s where we are, making decisions like Bryan, who confronts the real Bryan and strangles him while demanding to know his real identity. A funhouse of wtf. The show wants to make big statements about trust, but it doesn’t trust itself to make them without hammering its viewers over the head with big clunky scenes filled with big clunky lines.