The Mist S01E03: Show and Tell – One step forward and two steps back!

We’re barely a coupla days into the arrival of the Mist and tensions are already running high. I half-expected by episode’s end to see heads on spikes.

Instead, the episode features bodies in grocery carts, but they’re less of a warning and more of a monument to idiocy. The bodies are the hanged ones from last week and it turns out the late duo were military. Two employees from the mall’s reasonable facsimile of Gamestop abscond with the bodies later, pushing the carts outside to see what they attract. They don’t have any takers by episode’s end, which Beavis and Butthead attribute to the bodies not being fresh.

Right after they realize that the departed were military, the mall’s security guard utters “We’re going to have to check everyone for dog tags,”—one ludicrous statement in a cavalcade of ludicrous statements—and then a rando immediately starts suspiciously moseying away from the scene. It’s so obvious that he might as well have sprinted away. Anyway, he has dog tags, obviously, but claims not to know anything about why they were there, because he’s a private and he just drives where his superiors tell him. 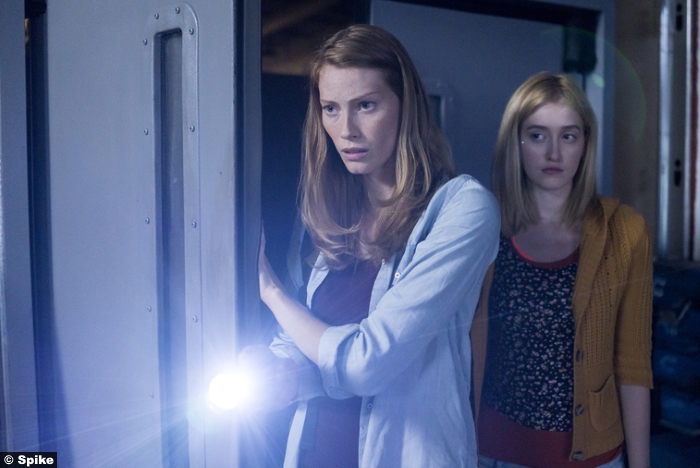 Things at the mall are getting hairy, so Eve, friend Kimi (Irene Beard), and a few others decide to make a splinter community. Mainly Eve seems to want to keep Alex out of Jay’s vicinity, which makes it very awkward when she immediately splits up with her daughter to gather supplies. It’s such an obvious plot machination to get Alex alone that you’re like, “And then Jay comes in.” Instead of gathering quilts like her mom told her, Alex goes to a florist for reasons that will become clear later in the episode. And then Jay comes in.

He denies that anything untoward happened between them. When Alex protests that Adrian told her what happened, Jay asks what exactly did he see. He doesn’t ask the question I’ve been wondering about since the first episode:  If Adrian saw it all happening, why didn’t he do anything? That question gets asked only at the church, when Connor confronts Adrian, who claims Jay’s friends held him back.

Anyway, back to the mall. I have to say, I still don’t know whom I believe, but I believe that Jay believes his version. Unfortunately, he’s so hell-bent on proving himself to Alex that he comes at her with a “I’ll let you go if you let me talk.” Pro-tip, son: Telling girls that you’ll allow them freedom once they let you do what you want is emphatically not the best way to illustrate that you’re not a rapist.

And while again, I believe that Jay believes Jay, what does Alex believe or think? She’s given little to do in these scenes but vaguely react. Hell, she gets more screentime to discuss her feelings regarding the reasoning behind her balloon release and that’s really just “I miss my dad.” (The balloons, which she took from the florist, are attached to notes reading stuff like “We’re at the mall. Please help.”) I was really, really hoping that she was inspired by Eugene’s letter in The Monster Squad (“Dear army guys, come quik, there are monsters”). 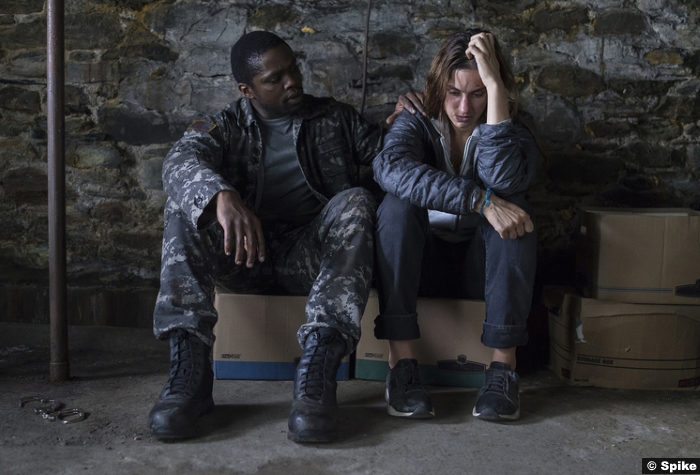 Her dad, meanwhile, is still at the church. His brilliant plan to free Mia and Bryan and get the hell out of there stalls when he himself is locked up in the basement with them. His crime is assaulting a police officer, which he does after Connor takes a page from the rape apologist’s playbook and says essentially that if anything happened to Alex, it’s her fault for drinking and also her mom’s fault for being a hussy who raised a daughter in her own image. After this,it’s up to Adrian to free them all, which would be cause for concern, except that Adrian turns out to be quite the proficient liar. HMMM.

By the way, Mia and Bryan are far more interesting than Adrian, but you wouldn’t know that from the paltry amount of time we spend with them. At least we get to chill with Natalie, who’s becoming matter-of-fact about her husband being the “gray shape” just outside the church. She discusses the research of the Mist she and her husband were doing just before he was shot. She’s talking to a guy whose name I didn’t catch—let’s just call him Joe Redshirt, because of the cultural implications and because he is literally wearing a red shirt. He mentions the “Black Spring,” a time in which something similar to this happened before. Apparently it is Bridgeville’s version of the Bogeyman, a story parents tell their children to keep them in line. Redshirt calls it a “version of Santa,” when it is clearly more akin to a Christmas demon story, like Krampus or Elf on a Shelf. 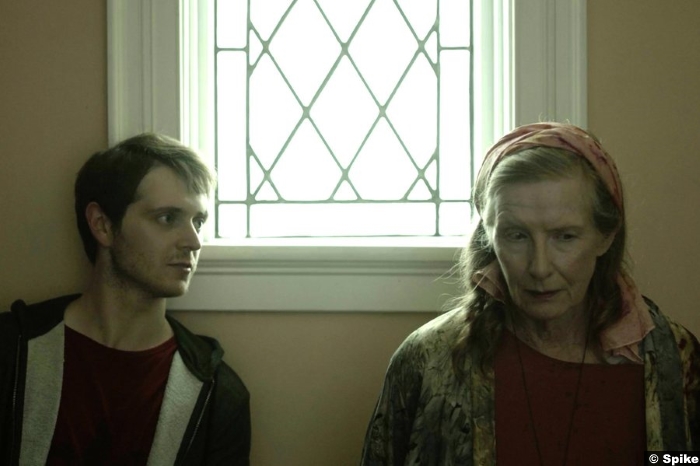 After that, Natalie is like, “Welp, nice talking to you, Joe. Gonna go die now” and then she peaces out. Joe follows her outside, where he pleads for her to come back in. As he’s pleading, a flying creature (a mutant moth?) dive-bombs right into his ear. I don’t know what exactly happens to him internally after that, but it ends with him sprouting wings and collapsing, as moths (?) fly out of his mouth.

Joe’s hollering has unsurprisingly attracted other church denizens, who get Natalie back inside. Her suicidal instinct is now gone, because she’s seen “God.” The priest is like, “Ma’am, that was not even kinda God,” but Natalie is unmoved, because she wasn’t talking about his God.

The episode ends with the basement crew leaving, after Kevin knocks out Connor. No one has made a single good decision in this whole episode, save maybe Alex’s balloon plan, but at least they didn’t make me look at a dead animal.

7/10 – One step forward and two steps back. After last week’s improvement, The Mist stumbles this week in an episode rife with dumb decisions and even dumber dialogue—why exactly did we or Jay need to know that the knife he used to cut down the bodies came from the mall’s fancy cooking store? Anyway, I hope this show leans more into its B-movie instincts and keeps away from the military nonsense (unless the army guys do show up, a la Monster Squad) or else it’s going to turn into Under the Dome. Never go Under the Dome.