Back in 2011, I was at work when it started—just straight-line winds at first—and I watched the roof of the building across the highway try to peel off like an orange. We thought that might be the end of it. I wish that were true. Outside of my community, the world kept trucking on. Prince William and Kate Middleton got married. We heard about Osama bin Laden while standing in the driveway, listening to the car radio—we didn’t have electricity and wouldn’t for two weeks. I’d read my Twitter feed and Facebook, reading about my friends going about their lives while I was eating cold beans from a can. It was such a surreal experience every time I’d leave town to go to class or whatever, to go to places that hadn’t been (or hadn’t been as) affected. They seemed almost cartoonish—lit up and candy-colored.

That’s the thought I had when Kevin and company arrive at the hospital with a wounded Bryan. The hospital has power, thanks to a generator, and they’re carrying on pretty much as usual. It’s almost as if they have no idea what’s happened outside, but they do, actually. There’s Mist in the east wing. 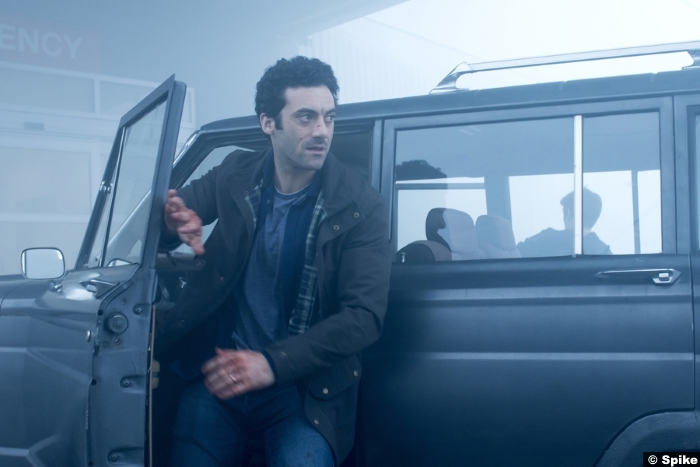 Once they get Bryan settled, Kevin looks around to see if Eve and Alex have come in. He doesn’t find them, obviously, but he does find his brother Mike (Peter Murnik). He’s been attacked by a few teenagers, apparently for something he himself used to do as a teen. That is a very Stephen King plot point. (Sometimes they come back…again.) Anyway, they shoved rebar in his stomach and there’s apparently nothing the doctors can do but let him lapse into sepsis and die. That sounds fake, but okay. He wants Kevin to kill him before it gets to that point. That’s probably going to be a problem.

All this—the hospital scenes—is interspersed with flashbacks of when Kevin and Eve moved into their house, a place I did not fully appreciate when we were originally there. Man, it’s beautiful. Except for Alex’s room, which they’ve apparently decorated with a “We all float down here” theme. 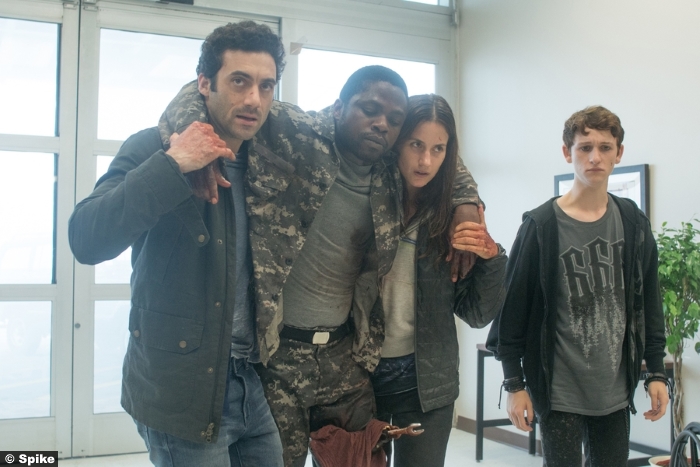 The doctor can’t—or won’t—do anything for Mike because they need a clotting agent to perform surgery and their supplies are hanging out in the east wing with the Mist. Kevin persuades the doctor to let him do a hero’s journey over there.

Meanwhile, Adrian runs into a classmate, who was stranded at the hospital when he came to get help for his mom. He kisses him in the restroom and the kid beats him up and then they kiss some more. Alright, then. The implication here seems to be that Adrian was otherwise occupied during the party, which would explain why he’s seemed so shady about it. So who really raped Alex?

That’s put on the backburner once again, as Mia leaves Bryan for a moment. When she comes back to the room Brian’s been moved to, it’s not Bryan. Well, it is, but it’s not the Brian we know. It’s actual Bryan, who says he was attacked by a Jonah Dixon, whose description sounds like the Bryan we know. After a talk with Adrian, in which she tells him not to get attached to anyone, Mia splits, taking the station wagon. 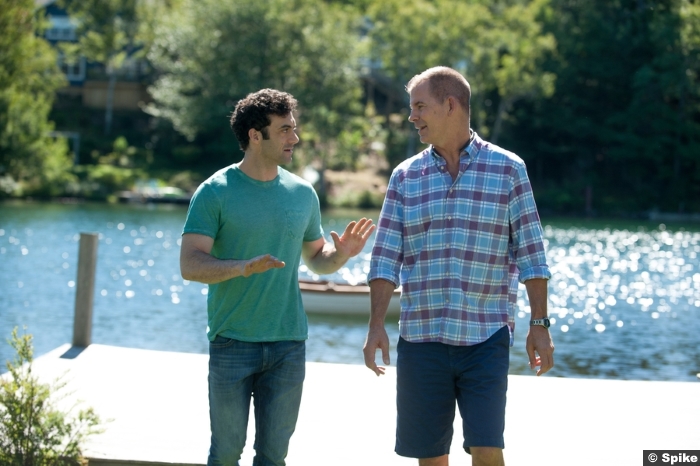 We get another flashback to life before, when Alex told Kevin about the things his brother said. It’s already clear that he was a bit of jerk, but it wasn’t limited to his teen years, apparently. He’s gone so far as to tell Alex’s students’ moms about her fun girl years. So when it turns out his hero’s journey involves rolling Mike himself into the east wing, I was sure he was going to shove him in there like me returning a shopping cart to the corral.

Kevin’s not like that, though. He’s actually trying to save his brother, an act that doesn’t seem likely, as Mike’s fingernails turn a lurid purple as he’s being wheeled through. Through a headset, he performs the rebar removal. And they choose that moment to flash us back to Kevin and Eve discussing the fact that he’s not Alex’s biodad and how they’ll never tell her that. Then we go back to now, when Kevin’s trying to wheel Mike back out of the east wing. They’re—or rather, Mike—is attacked by an army of leeches. As they cover him, he tells Kevin to get back to Eve. And so, with a nod from Mike, Kevin shoots him.

8/10 – The flashbacks are kind of clunky—that revelation about Alex’s paternity lands with all the grace of a leech flopping from the ceiling—but in focusing this episode on (mostly) one character, the series gets some breathing room and we get a chance to remember what life was like before the Mist set in.

More Misty-colored memories: You know, I’ve noticed that Kevin seems to be able to move through the Mist without much (or any) damage, as Alex was able to even when she faced the Mist monster. I wondered if that was something in their genes, but as they don’t share them, what exactly is up here?