The Mist S01E04 Review: Pequod – Mercy is in short supply and so is my patience

Another television reviewer mentioned that tonight’s episode is named “Pequod” and suggested that it might be a reference to the Native American awe and respect for nature. I laughed for seconds on ends because earlier that night, I saw a house caterpillar on my floor. I wouldn’t call my response anything close to awe or respect. I hate house caterpillars. I’m not afraid of them—their feathery bodies just give me the shrinky dinks. But still, like other bugs I find inside, I escort them safely out. I just can’t bring myself to kill things for the crime of crossing my path. Like the Rudy Francisco poem says, I hope that if I’m ever in the same spot, “…I am greeted with the same kind of mercy.” 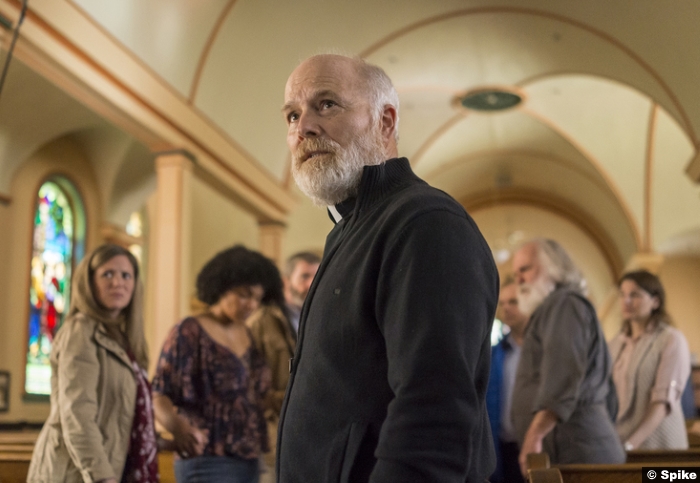 I was thinking about that when Natalie scooped up the spider in the church and later, when Father Romanov tries to force her to kill it and ends up killing it himself. He thinks she’s a blasphemer and this is necessary to save her soul. Perhaps. But this is a crisis and times of crisis call for mercy. Mercy, however, is often in short supply when people think their lives are at stake.

That’s what they find out at the mall, when Ted and Vic (the Beavis and Butthead duo from the game store) endanger everyone and get little Lila killed. In an effort to retrieve the soldiers’ bodies, they end up breaking a window, letting the Mist fill a bookstore where Alex is reading a book to Lila (Lola Flanery). A creature forms out of the Mist and snuffs out Lila’s life. It regards Alex and leaves her alone. It (or something else in the Mist) has already killed Ted. 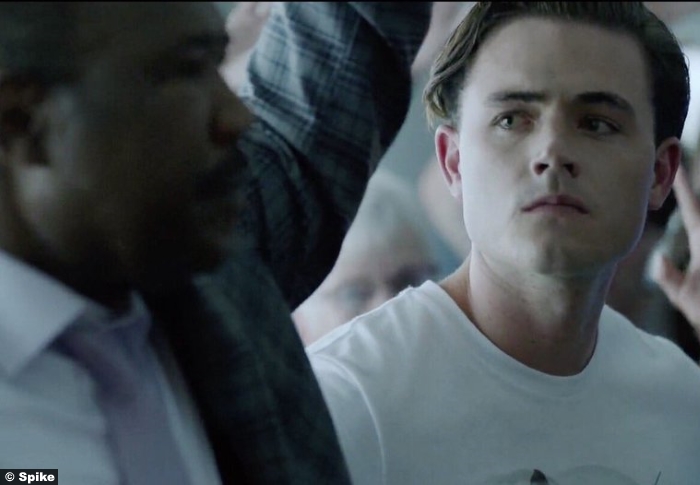 In response, the mall group votes out Vic. They give him supplies for a few days, but no one seems to disagree that what they’re doing is giving him a death sentence. There is no mercy here. Shelley (Alexandra Ordolis), Lila’s mother, would be hard-pressed to conjure up any for Alex, especially after the girl confesses that contrary to her earlier story, she did nothing when confronted by the figure. Shelley tells Jay that he was right, that Alex is a liar. But Jay has never said that, as far as I can recall. I suppose that you could say that he has indirectly done so when he denied raping her, but you’d really need a step-stool for that reach. In his direct dealings with her, he’s seemed to want understanding more than anything. He’s wanted mercy. They seem to find a measure of it in their one major run-in in this episode, when she tosses a wayward football back to him. The look she gives him isn’t fear or anger, but seemingly a touch of the understanding he’s been after. [By the way, Jay is throwing the ball because Gus wants him to start up some games to keep people occupied. Who could say no to a high school quarterback, Gus wonders. In the (abbreviated) words of Isiah Whitlock, Jr’s most famous character, “Sheeeeeeeeeit.”] 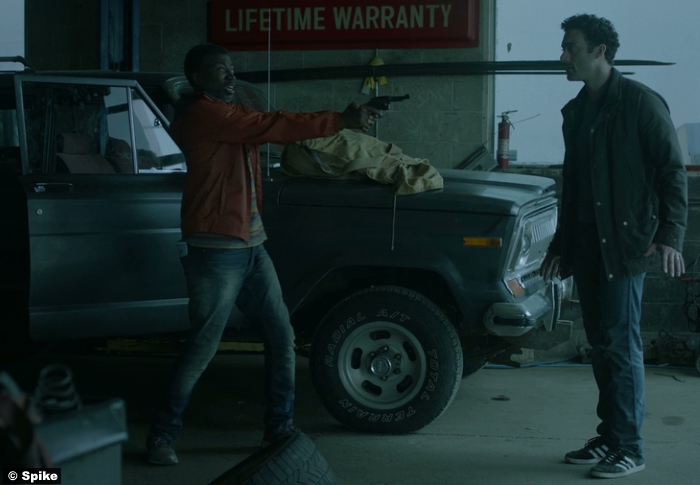 Natalie finds it at the church with Connor, while our other group—Kevin, Bryan, Mia, and Adrian—are trying to find it. In the mean time, they find Clay, because what this show definitely needs is more characters. Clay doesn’t give a lick for understanding—he’s trying to find his son. The group knows he’s dead and Mia wants to tell him, so that they can get on with their lives, in no small part because Clay has one of the few still working vehicles. (It’s older, so it’s not computerized, perhaps why it still runs.) Kevin wants to hold off, because he’s a dad, too. He’s trying to show mercy. Mia can’t stand it any longer, though, and breaks the news, which, unsurprisingly sends Clay into a frenzy. He threatens Mia with a gun and Bryan tries to take it off him. In the ensuing struggle, Brian is shot. Finally, the whole group is going to get in the car. But where is there to go now? Where can they find mercy?

7/10 – Tonight’s episode is, of course, named after the ship sailed by Captain Ahab, who went down in the foamy deep screaming at the object of his relentless search for vengeance. At this point, my white whale on The Mist is a great episode.

Since what exactly is in the Mist changes with each person, my theory is that it’s akin to another Stephen King creation—It—in that I believe that whatever you encounter is influenced by your own fears.

Also, Father Romanov is becoming unsettling. I have a feeling it’s not going to be long before he starts tossing folks out into the Mist because Judgment Day has come.

And reminder, this is TWO DAYS in. I give it another day or so before the mall goes full Lord of the Flies.