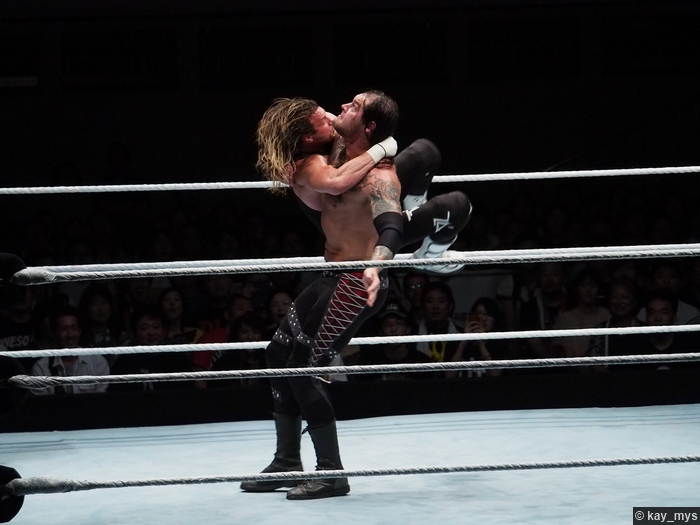 The 929th edition of WWE SmackDown LIVE came to you, live, from the Blue Cross Arena in Rochester, NY. With WWE Money-in-the-Bank less than two weeks away, two of the six participants in the Men’s Money-in-the-Bank Ladder Match would go one-on-one for the first time ever on SmackDown LIVE as “The Artist” Shinsuke Nakamura would go one-on-one with the man he pinned twice in recent weeks in tag team matches, United States Champion Kevin Owens, in a non-title match. Plus, in a rematch from last week, “The Phenomenal” AJ Styles would be looking to avenge his loss last week when he goes one-on-one with “The Show Off” Dolph Ziggler. With the history-making announcement coming last week that WWE Money-in-the-Bank will feature the first ever Women’s Money-in-the-Bank Ladder Match, the five women who will take part in the historic match would be in action on SmackDown LIVE as SmackDown Women’s Champion Naomi would join forces with Becky Lynch and Charlotte Flair to face Natalya, Tamina, & Carmella in a 6-Woman Tag rematch from Backlash.