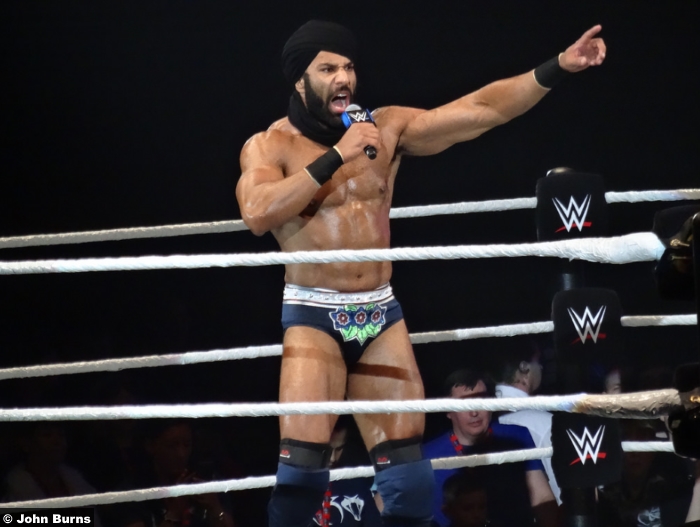 The thirteenth edition of WWE Backlash was a SmackDown LIVE exclusive pay-per-view and it came to you, live on the WWE Network, from the Allstate Arena in Chicago, IL. One of the major talking points of SmackDown LIVE over the past month has been the rise of Jinder Mahal. After coming over from RAW in the Superstar Shake-Up, “The Maharaja” was quick to make an impact on the blue brand as, with an assist from The Singh Brothers, Jinder would win a Six Pack Challenge to become the #1 Contender for the WWE Championship. With a fire lit under him, “The Maharaja” has seemingly had the number of WWE Champion Randy Orton as Jinder Mahal and The Singh Brothers have successfully beaten down “The Viper” on a number of occasions. Now all paths lead to Backlash where Jinder Mahal will get the biggest opportunity of his career as the confident “Maharaja” will challenge Randy Orton for the WWE Championship. Can Jinder Mahal complete his rise to the top of SmackDown LIVE by winning the prestigious WWE Championship or will the thirteen-time World Champion Randy Orton fell Jinder and walk out of Chicago as the champion? What role, if any, will The Singh Brothers play in the title match?

On the SmackDown LIVE after WrestleMania, Tuesday nights would never be the same with the arrival of the enigmatic, one-of-a-kind Superstar known as Shinsuke Nakamura. The former two-time NXT Champion would be welcomed with open arms to the main roster but one Superstar who took issue with “The Artist” was Dolph Ziggler as “The Show Off” accused Nakamura of being a Michael Jackson rip-off who hasn’t proven anything to anyone yet. This all leads to Backlash where Dolph Ziggler will find out what “The King of Strong Style” is all about when Shinsuke Nakamura makes his in-ring SmackDown LIVE debut against Dolph Ziggler!

The SmackDown Tag Team Titles would also be on the line at Backlash as, after winning Tag Team Turmoil a few weeks ago to earn the opportunity, the fashion-obsessed duo known as Breezango would get their shot at the gold when they challenge The Usos for the SmackDown Tag Team Titles. Also at Backlash, after being attacked on Talking Smack a couple of weeks ago, Sami Zayn would be looking for revenge as “The Underdog from the Underground” would go one-on-one with “The Lone Wolf” Baron Corbin. Former Wyatt Family brothers would also go one-on-one at Backlash as the mysterious and dangerous Erick Rowan would collide with the equally mysterious and dangerous Luke Harper as these two big men would collide in Chicago.