Twin Peaks 2017 Review: Part 5 – I’m enjoying being back in the Lynchian world

David Lynch does not do fan service. He famously will not do commentary tracks because he believes that what he makes should speak for itself. He’s also not a fan of the concept of binge-watching a TV series. As he says as his character Gordon Cole, “I’m old-school.”

So where does that leave us with the new Twin Peaks? Well, it’s up for interpretation, as he would undoubtedly prefer, but for me, I realized while watching this latest installment that I was just going to have sit back and let it all wash over me. I might not get the answers or scenes I want.

Take Cooper, for example. There keep being these moments where it seems like he might remember himself. Stray words seem to spark something in his memory–among them, agent, case files, and of course, coffee. But the moment never fully completes.

We spend a lot of time with Cooper this week as he spends his time in Dougie’s life. No one really seems to get that Dougie is not right at all. It makes you wonder what Dougie was like, if the people in his life are so resigned to practically spoon-feeding him. 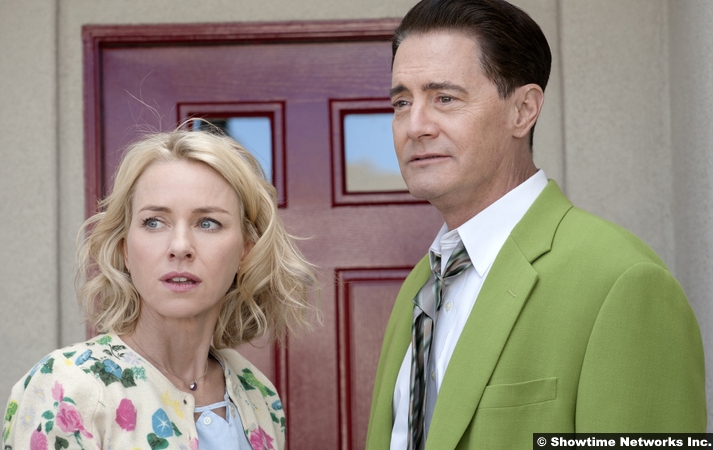 One of the things we can assume about Dougie’s life was that he was in deep trouble with some troublesome folks. He owes them money, but that doesn’t really explain why they–if it’s even them–would rig his car to blow up. You don’t get money from a dead man.

Elsewhere, in South Dakota, the medical examiner has found Dougie’s ring in the stomach cavity of one of their corpses, who might be Garland Briggs. How did it/he get there? Let it wash over you.

Some authority in SD has triggered an alert for the Pentagon regarding Briggs. Whether it’s the corpse or Evil Cooper (still in federal custody, watching his face morph into BOB’s, terrifying his captors, and maybe getting in touch with Agent Jeffries) is a tale for another week. One interesting thing: It was a fingerprint search that triggered the alert and this is the 16th such report in the last 25 years.

Fingerprints are also important at the FBI this week, as Agent Tammy Preston is studying the new Cooper prints against the old ones on file. Seems like they’re backwards, Tammy! [Please read that last sentence in Gordon Cole’s voice.]

Back in Twin Peaks, Hawk and Andy are still combing through files and boy, does Hawk have all the patience in the world. 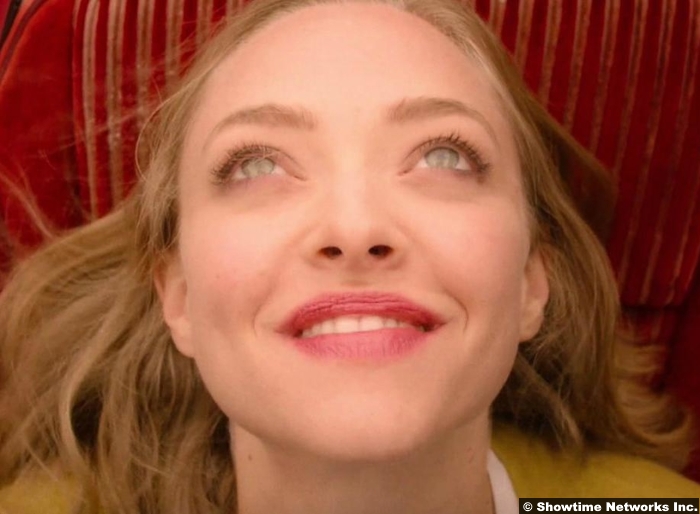 We get to meet Shelly’s daughter, Becky (Amanda Seyfried) and her husband (Caleb Landry Jones). He’s a ne’er-do-well who can’t get a job because he shows up with a trash resume (as judged by original TP character Mike Nelson (Gary Hershberg)) and has a bad drug habit. So, bad taste in partners is genetic in this family. As for Becky, she seems to be Laura Palmer 2.0, which (obviously) does not bode well for her. There is, however, a gorgeous shot of her riding in his Trans Am [of course he drives a Trans Am] that I will think about for the rest of the week.

Oh and we find out why Dr. Jacoby was painting the shovels gold. It turns out that he now hosts his web show (as Dr. Amp) that’s kind of an InfoWars-alike. And he’s selling the shovels so that viewers can use the shovel for the shit of the world. Only 29.95 plus s+h! 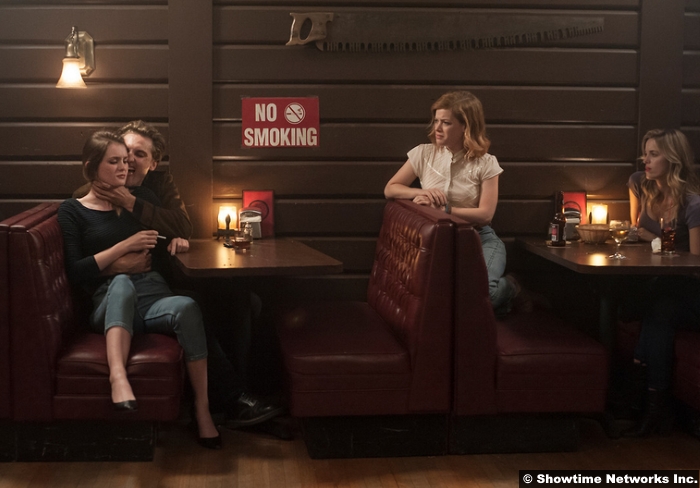 The most disturbing moment in Twin Peaks happens at the Bang Bang Bar, where we get our introduction to Richard Horne (Eamon Farren). He is a predator. I don’t really mean that metaphorically. I mean that when he pounces on poor Charlotte, a young woman who just wanted a light and maybe to flirt a bit, he does it with the menace of a hungry shark. [I can’t find the credit for Charlotte–when I google “Charlotte Twin Peaks,” only the breastaurant comes up–but as you can see from the picture, Jane Levy also makes her debut in the scene. And we are all blessed.] As for which Horne produced him, I hope it wasn’t Audrey but I do because I WANT TO SEE AUDREY HORNE. But David Lynch doesn’t care what I want.

8/10 – Now that I’ve learned to relax and let it all wash over me, I’m enjoying being back in the Lynchian world. It may frustrate viewers who are hoping for or accustomed to undelayed gratification, but if you remind yourself that David Lynch gonna do what David Lynch wanna do, you’ll have a much better time.