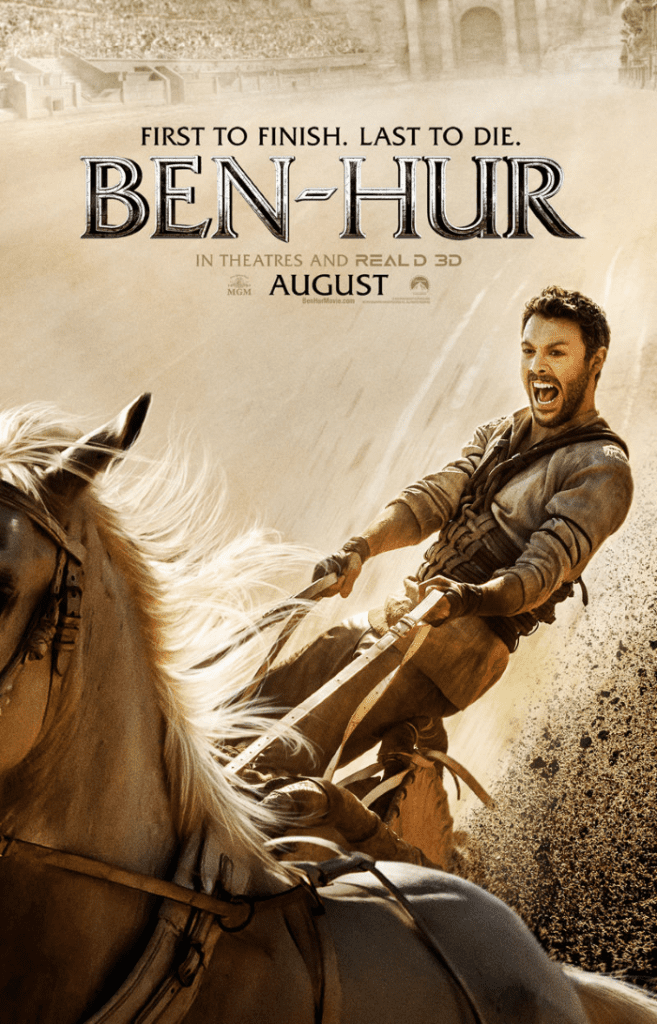 Why was this movie made?

Ben-Hur is a dud and its pathetic box office output is no tremendous travesty. There aren’t people writing scathing reviews online or complaining about how the movie failed to live up to the 1925/1959 predecessors. For the most part no one cares. When the trailer was released it landed with a whimper not a bang. Midnight screenings were virtually non-existent. Its opening weekend total was a paltry 10 million dollars and less than a week after release it’s already bringing in less than a million per day.

The movie was budgeted at about 100 million dollars and it will likely end its theatrical run with a domestic total of about 30 million dollars. Let’s be generous and say it will bring in about 50 million in the foreign market. That’s 20 million less than its budget, which doesn’t account for the advertising or the fact that the studio will only see about half that gross once other expenditures are taken into account (movie theaters generally get half the money generated). Paramount is going to take a major loss, perhaps as much as 100 million.

But no one cares; there are other, more notable failures that have captured our attention this year. Batman v Superman under-performed, so did Star Trek: Beyond. Teenage Mutant Ninja Turtles brought in far less than its (inferior) predecessor, as did Ice Age: Collision Course. Independence Day: Resurgence only made a third what the 1996 original film brought in, and considering inflation and market expansion, that’s terrible. Meanwhile Ben-Hur is pound-for-pound the biggest loss of them all. But no one cares.

Why? Because no one cared in the first place. 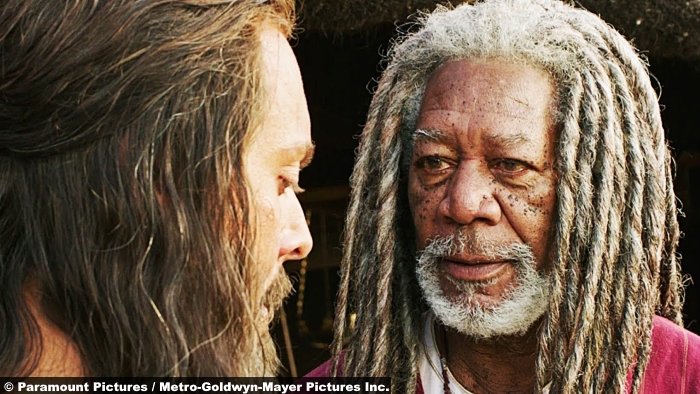 All the previously mentioned movies belonged to franchises and, other than Independence Day, belonged to franchises with recent installments. They may not all have been “fresh” but they were at least “fresh on our minds.” There was context to them. Meanwhile Ben-Hur just dropped out of the blue, making everyone say “why?” At least with Ghostbusters you can see the idea behind remaking it: “Let’s redo the 1980’s classic, but with women!” Okay, fine. It was mediocre and I don’t think it needed a remake at all, but at least I can understand why it was greenlit.

With Ben-Hur you’re dealing with a film based on a book from the late-1800’s that was adapted to film twice in the 1920’s and again—most famously—in the 1950’s. There have also been stage plays, made-for-TV movies and mini-series’ along the way. It’s been done. And once or twice it’s been done very well. In fact the 1959 version was done so-well it still holds the record (shared now with Titanic and Return of the King) for the most Academy Award wins ever. It nabbed every major achievement at the Oscars: Best director, writer, actor, supporting actor, cinematography, editing, and on and on. It is a masterpiece with an epic scale and a timeless feel.

Having said that, with all its acclaim and all its legacy, it’s still a book that is 200 years old that no one is reading anymore (it’s not Frakenstein or Little Women) and is most famously thought of as a nearly-flawless movie that’s 60 years old but isn’t a staple on modern television (it’s not The Wizard of Oz or The Ten Commandments). It’s just this really old thing that is very very good but has no reason to be pulled out of the filing cabinet and given the old Hollywood once-over. Ben-Hur didn’t need a remake.

It needed a rewatch.

Particularly, it seems, by the people involved in creating the 2016 version. 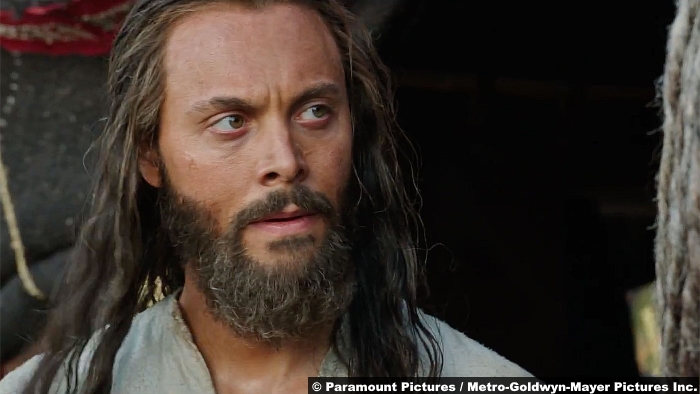 Unlike the 1959 classic, this film is bogged down by poor direction, flat cinematography, confused editing, passionless acting, and on and on the flaws are stacked. In fact, every single thing that is so good about the Charlton Heston film is undone in the 2016 version. The two highlights of the old movie were its epic scope and, of course, the breathtaking and climactic chariot race. It was filmed in 65 millimeter wide (wiiiide) screen as it was common in the late-50’s for studios to show off various widescreen formats (to combat the rise of home televisions and their black and white square images).

But beyond just the camera, the cinematographer (Robert L. Surtees, who shot many of the “epics” of the 1950’s, including Oklahoma!) used a variety of wide angles to show off the scope of the production. This is best seen in the film’s best scene: the famous chariot race.

In the days before CGI, stunts like the ones done in the 1959 film had to be done practically. It gives the movie a real authenticity that allows you to focus on the drama of the two former friends and their hatred for one another. There’s a moment near the end of the race when Messala’s carriage is damaged and he finds himself being dragged on the ground, holding on to the reins for dear life. The stunt was first attempted with a dummy but when that proved too phony looking, Stephen Boyd (the actor himself, not a stunt-double) slipped on some extra padding and did it himself.

Listen to the way another stunt is described, according to a TCM behind the scenes look at the movie…

Boyd and Heston really did all their own driving, although for the scene where Judah’s chariot flips over a crashed one, Canutt’s son Joe was brought in. Driving toward the wreck at great speed, the younger Canutt could not hear his father screaming “Too fast! Too Fast!” The chariot easily sailed over the wreckage but bounced hard when it came down, flipping Joe over the front and between the two horses. Luckily, he had instinctively grabbed the cross-bar on the chariot to keep from falling out and under the horses’ hooves, but he was still dragged for some feet. He was rushed to emergency care but suffered only a cut on his chin requiring four stitches. Marton called it the most spectacular stunt he had ever seen.

That’s the kind of authenticity that isn’t necessarily noticed, but is definitely felt.

The 2016 version, however, lacks all of the scope, gravitas and authenticity of its 1959 ancestor. Though the film is billed as an “epic” it runs only two hours long. Obviously there are few movies these days—and few directors to make them—that can get away with a three-four hour film, but if you’re going to market your movie as an “epic” it needs to actually be…epic, ya know? Instead the film feels small. It covers several years but apart from a little “three years later” and “eight years earlier” blurb that pops up every now and then you might think it only spans a few months.

Whereas the 1959 film contained massive sound stages and lots of exteriors sets (and actually showed them off), this movie might as well be a BBC production. Everything is small-scale, and when it does spread its wings, it uses CGI-constructed vistas that do not fool the human eye. There’s a narration by Morgan Freeman that opens and closes the movie, and other characters talk over montages, but they only serve to shrink the film down further. Other “epic” films used narration to fill in gaps as the story progressed (as Cecil B. DeMille’s narration did in The Ten Commandments). Narration in this movie simply talked over the action and told the audience what they were seeing on the screen.

When watching the 1959 classic, you never ask “why was this movie made?” No one ever said “the 1925 version was good enough.” There was an obvious reason to remake the movie; it was in full color and with sound. It needed to be (re)made and given a proper presentation. While watching the 2016 film, more than once you will ask yourself “why was this movie made?” You will think, more than once “the 1959 version is still good…and better than this.”

In fact the 1959 version was more than good enough. It told the story as well as could be told, and there were no weaknesses in the special effects that would necessitate a second crack at it (which would justify a remake the way the 1959 version was justified). Movies like The Fly (1986) demonstrate why some movies needed to be made new. Little Shop of Horrors (also from 1986) is another one that was done right thanks to a bigger budget and advancements in special effects.

Here, however, there was nothing that the original did that was improved upon in the remake. Some parts are at least as good as the 1959 version while others are far weaker. In the climactic chariot race, actual stunts and real drama (built up over the movie’s run-time), that the original did so well, are replaced by cheap CGI special effects and a soulless, manufactured drama where you feel nothing for either hero or villain. Their motivations are rushed at best and muddled to the point of non-existent at worst, making the race itself a boring bunch of nothing, not unlike the Pod Race in Star Wars Episode I. It’s special effects and noise, lacking in drama or purpose. 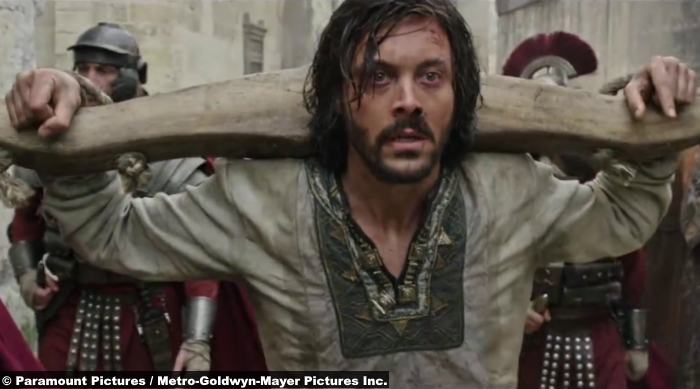 So we return to the original question: Why was this movie made?

Hollywood executives seem terrified to sink money into a big budget original property, so they have decided it’s safer to hitch their wagon to an established property and give it a “remake” or a “reboot” or a “long-delayed sequel.” But this summer, more than any other in recent memory, has proven that ticket-buyers no longer trust that a film will be good just because the name attached to it carries some respect. This summer, with its across the board slump in ticket sales, has proven that people are willing to pay money for a good movie, whether it’s an original idea, or a film that’s part of a franchise, or even a sequel/reboot, etc, but if the movie’s not good (whether it’s original, or a sequel, or a reboot), it’s probably not going to be the smash hit the studio needs to be, and may even die a quick death at the cinema. Hollywood lately has been pumping out no good movies left and right, and people have finally reached their breaking point. Ben-Hur is the perfect example of audiences rejecting the current film-making model of Hollywood.

Sixty years ago Hollywood went bigger and wider to combat the new reality that TV’s were entering living rooms across America. Now people have access to high quality shows, films, mini-series’ and more, all at the push of a button, all from the comfort of their living room. The industry is going to have to adapt once more, and just slapping a big “name” onto a cheap and poorly-handled production is not going to cut it.

Ben-Hur is not good. 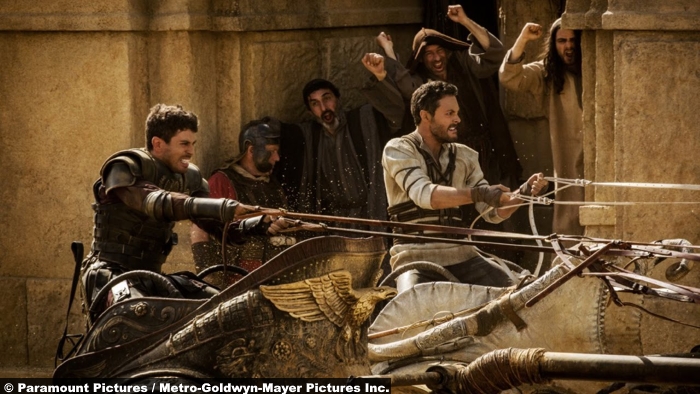 Rarely is it ever terrible but even more rarely is it ever really good. It’s just…there. And considering the long history of adaptations this property has seen, never does it justify its place among those before it.