Before Adam Horowitz and Edward Kitsis were writing episodes for the hit television show LOST, they came up with an idea of for a show about fairy tale characters suffering a curse that sent them into our world without any memories of who they really are. Taking the classical approach of asking “what if,” Horowitz and Kitsis wondered what would happen if Snow White, Prince Charming, the Evil Queen, and many other classic fairy tale characters were to end up living in a small town in America, not knowing the life they lived in their fairy tale world.

As a fan of LOST, and perhaps one of the only people who thought the show’s finale was a brilliant ending to the story, I was excited when I first heard the concept for Once Upon a Time, and I was especially intrigued when I learned that the show was being created by two of the primary writers for LOST. With no more new episodes of LOST to watch each week, I was eager to find a show that would have the feel of the show that kept my mind ever searching for answers for six years. And after watching the first season of Once Upon a Time, I knew I had found that show.

That is, until it stopped being that show.

Don’t get me wrong. The show is still popular, and my wife and I still watch it every single week. But I’ve grown less and less impressed with the direction the show is going ever since Henry, the son of the main protagonist of the series Emma, was kidnapped by Peter Pan and taken to Neverland. Two seasons ago, I’d watch every episode, convinced this was the best show on television and that it might be even better than LOST. Now, if it weren’t for some of the characters that I’ve grown to love over the past four seasons, Rumplestiltskin for example, I’m not sure I’d be so willing to continue going on this ride that Once is trying to take us on.

So where did the show go wrong?

One of the primary themes of Once has consistently been redemption. I love redemption. It’s a powerful concept that someone evil could transform into someone good. But redemption, though a powerful theme, can be overdone in a story. Why is that? Because stories are about conflict. In any great story, you have a protagonist who is fighting for a goal, and you have an antagonist who is also fighting for a goal that is in opposition to the protagonist’s goal. It’s classic story structure, and every great story has it.

So who is the antagonist of Once Upon a Time?

That’s the problem. It shifts. And not just slowly over a long period of time. At times it feels rapid and abrupt. In season one of the show, the evil queen/mayor of Storybrooke Regina was the unquestionable antagonist of the show with Rumplestiltskin/Mr. Gold coming in a close second. These were the people fighting to keep the heroes from getting their happy ending, and it worked brilliantly. 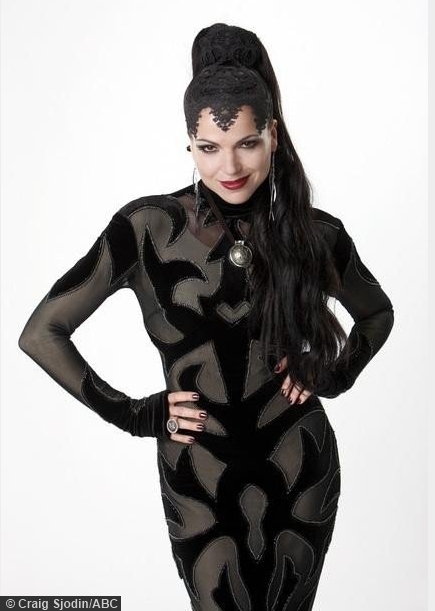 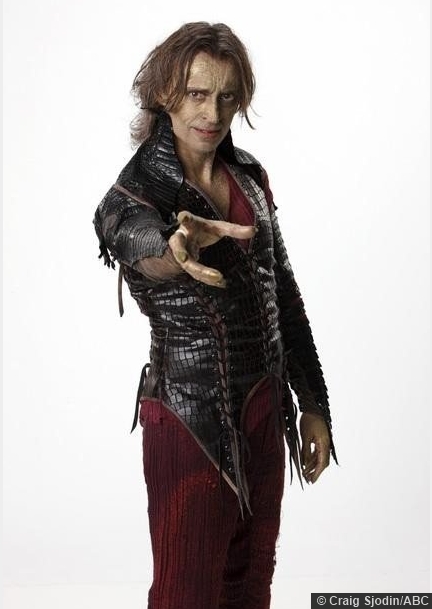 Season two began to introduce the possibility of redemption for Regina. Could she, even after all the horrendous things she’s done, be a hero instead of a villain? The writers of Once want you to see that the villains aren’t just evil for evil’s sake. Something in their past has driven them to embrace their dark side, and usually it’s something that causes us to feel some degree of sympathy for their character. In fact, villain motivation has consistently been about the villain having something taken from them sometime in the past, and they’re bent on revenge. It works well, and I was on board with the idea that Regina could be redeemed. Of course, they also introduced the possibility of Rumplestiltskin’s redemption as well. We learn that he hasn’t always been what he is, and something in his past is driving him to embrace the darkness inside him. But maybe he can turn his back on his murderous misdeeds and be a good guy. Season two introduced some new villains to the show to balance out Regina’s and Rumple’s slow turn from evil. These were Regina’s mother Cora, Captain Hook, and a couple of people from our world, Greg and Tamara, who are bent on destroying the magic in Storybrooke.

The new villains made sense because you can’t have a story without conflict, and if your primary antagonists are becoming protagonists, you need somebody to pick up the oppositional slack. Cora was a good villain, and in a rarity for the show, she got no chance for redemption. The same was true of Greg and Tamara. But Hook, we learn, is only evil because somebody took something he loved from him in the past. Season two ends with Snow White, Prince Charming, Emma, Regina, Rumple, and Hook leaving on a quest to recover Henry who was taken by a mysterious new villain whom we later learn to be Peter Pan. As you can see, the antagonist role shifts from Regina and Rumple, to Hook with Cora, to Peter Pan.

The Peter Pan story line was where the show began to disappoint. Not because I didn’t like Peter Pan as a villain; I actually thought that worked well. It was because the show began to feel like a constant revolving door of villains. For the first several episodes of season three, it felt like the characters on Neverland never really did anything. The narrative pace began to slow down with the Peter Pan story line. Peter Pan and who he turned out to be were intriguing revelations for the show, but by then I had learned that a Once Upon a Time villain has a relatively short shelf life unless he or she experiences a change of heart about how they’ve been living. This, of course, meant that Peter Pan had to either turn from his evil ways or die. In which case, the show was in need of a new source of conflict. 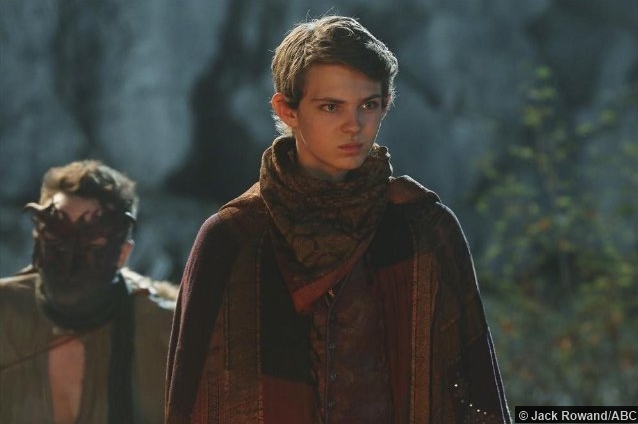 Enter the Wicked Witch of the West. This could have been good. But the Wicked Witch turns out to be the whiny long lost sister of Regina who is jealous that Regina got the life that she didnt’ get. So what does she want? Regina’s life, of course. Now, what’s important about the revolving door of villains is that the door revolves every half season now. The Peter Pan story line was season 3’s first half of the season, and the Wicked Witch was the second half. As the season begins to wrap up, it becomes clear that the Wicked Witch has the same choice as all the other villains: change or die. Either way, Once was once again in need of a new villain.

Frozen is the most popular Disney movie of all time, and the end of Once Upon a Time”s third season promised an appearance of Queen Elsa and Princess Anna. At first I was skeptical. Then I thought maybe this could be good. The show’s newest villain came in the form of Elsa and Anna’s long lost aunt Ingrid who is the Snow Queen. If you guessed any other reason for why she’s a villain than having had something taken from her in the past, then you haven’t been paying attention. The Snow Queen story line almost ended it for me. The Snow Queen lost two sisters at some point in the past and this meant she lost the only family she ever knew. In order to belong, she wants to make Elsa and Emma her new sisters. It was quite possibly the most predictable and unappealing character motivation I’ve ever witnessed. As season 4’s mid-season was nearing its end, the time for another shift of the revolving door of villains was coming close as well. Will Ingrid change her evil ways or die? In her case, it was both. 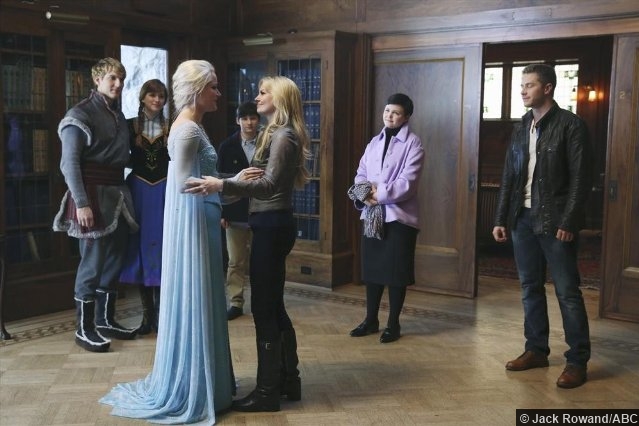 And the door swings again because Once Upon a Time finds itself in need of a new source of conflict once again. Enter Maleficent (who died at the end of season one, but is conveniently resurrected for this story line), Ursula, and Cruella de Vil. Three new villains, and if that isn’t enough, Rumpelstiltskin has slowly been embracing his dark side again. The show is currently in the second half of its fourth season, and it remains to be seen what will happen to the show’s current antagonists, but it’s sure to follow the pattern Once has already set and we’ll be introduced to a new villain at the end of the season as a setup for season five. 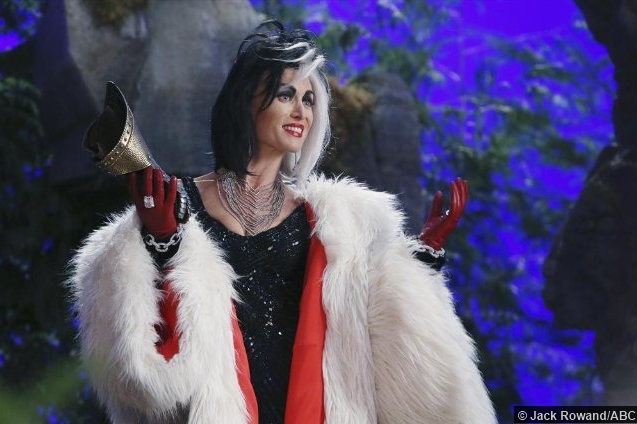 The problem with all this is that there’s no overarching goal anymore. Season one was about breaking the curse. Season two was about learning to live in and protect Storybrooke. Season three was about rescuing Henry from Peter Pan and stopping the Wicked Witch from getting her revenge. And season four has been about stopping the Snow Queen from getting her revenge and preventing Rumple and the Queens of Darkness from tipping the scales in favor of villains.

The show feels like a series of disjointed, barely connected, storylines with no real end goal for the protagonists of the story. While I loved the idea of Regina and Rumple seeing the error of their ways, the revolving door of villains that resulted from it has made the show feel shifty.

Where is Once Upon a Time heading? With LOST, the clear goal over all six seasons was getting off the island. While there were tiny shifts of power over the course of the story, they were never shifts away from an overarching goal for the story.

Once Upon a Time had such great potential because of its story concept, but as a solid story with the promise of a satisfying end, it just doesn’t measure up. Because I’ve grown to love so many of the characters, I’ll continue to watch and hope that the show I enjoyed during seasons one and two will return.