Finally, finally, finally, Taboo lives up to the potential many of us suspected it had all along. Things don’t end up so great for James, whom I keep wanting to call Jimmy for some reason–ol’ Jimmy Delaney, gruntin’ around town–but the show itself is finally firing on all cylinders.

We begin with the funeral for Winter, the little girl who asked for little and got even less. James watches from afar, still unsure if he’s the cause for all this.

Later, Atticus will point out that it almost doesn’t matter at this point because Helga thinks he is and therefore, she will need to be dealt with. James is curiously unconcerned about this, but perhaps the very last scene gives a clue as to his thought process here. It seems our man Jim has a plan to which even we as the nearly-omniscient audience are not privy. Anyway, he does not neutralize Helga and so she and one of her gals present themselves to the Company and confess all his sins.

Strange, of course, is beside himself with delight. Helga is also very pleased with herself, at least until Strange tells her that she and her gal can’t leave. They must give testimony, you see, and so they must be kept safe until that happens. 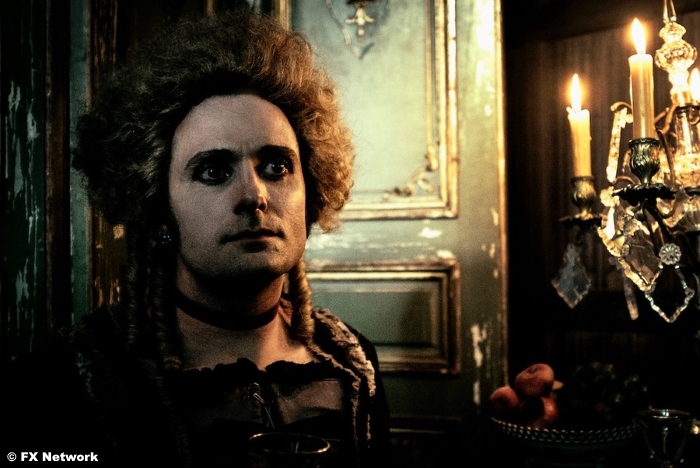 James knows what’s coming thanks to Godfrey, whom he helps escape town, but not before securing him as a witness for Chichester. Also not before having Robert, his son, sent to the Delaney house and not before telling Zilpha he’s just not that into her. That would normally deserve more time for discussion but not when James is in need of lawyers, guns, and bunnies. Wait, money. Lawyers, guns, and money. I always get those confused. Anyway, sorry you went to all the trouble of killing your husband, Zilpha!

And then, after all his James errands,  he waits patiently in the molly house for all the king’s men to come pick him up. He’s charged with high treason for dealing gunpowder to the Americans and there is not a single ounce of due process in the whole experience. Coop is in charge after a deal with the Company–the crown gets Nootka, while the Company gets that monopoly on all the tea in China–and he gets right to the torturing. 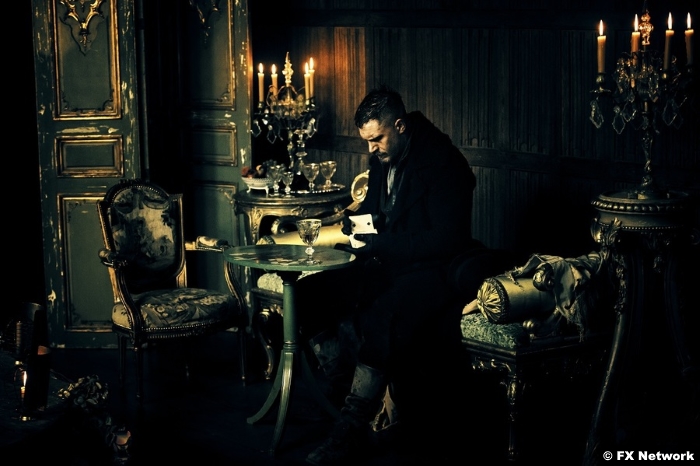 At first they come at him with something that looks like an oversized citrus zester, which they apply directly to his leg. He will not give up any associates or say anything except that he wants to speak to Strange.

Now here picture one of those time-passing montages they sometimes do in other shows and movies: The clock hands turn, seasons change, the calendar flips from month to month, and still James is tortured. They try all the things: waterboarding, tickling, someone clicking a pen over and over again [I may have made some of those up] and still he doesn’t break. He just keeps asking for Strange. Coop stalks off in a huff to report back to the Prince Regent and says that James will break. The Prince Regent, who is busy spinning a globe and presumably watching the sun set on his empire, simply replies that he won’t. And that’s why they pay him the big bucks!

Still, Coop goes back to it and James goes back to asking for Strange. The latter man, meanwhile, is just trying to play golf when Chichester appears. Strange, being a world-class jerk, assumes he’s someone’s lost caddy and is annoyed when he won’t leave. His mood doesn’t improve when he finds out why Chichester’s really there.

Meanwhile, back at the Tower, they try sensory deprivation and hallucinations and you’re going to have to try a lot harder to move James. He hallucinates more before dawn than most people do all year! 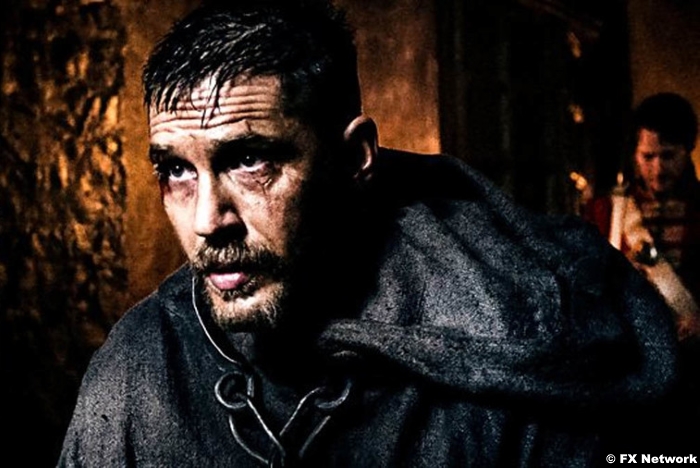 Finally, the crown prince tells Coop to give him what he wants. I don’t know how in the world they convinced Strange to show up for this, but if we have anything in common, it was pure curiosity. He enters the room to find ol’ Jimmy Delaney seated at a desk, writing and pointedly ignoring him. Strange is like, well?! And James in his inimitable way simply answers, “I have a use for you.”

9/10 – Curiouser and curiouser! What is James playing at here? How does Strange fit into the plan, especially now that James has found someone to bear witness against his most awful deeds? [Then again, I hope that’s the worst thing that Strange has ever done, but I doubt it.]  Lots of questions now, which isn’t exactly new for this show, but this time it seems like they actually know the answers.