But is that true? Was there no shot or did James just brush away a blast to the heart like it was mild indigestion? Those are–sing it with me if you know the words–questions that won’t be answered this week. 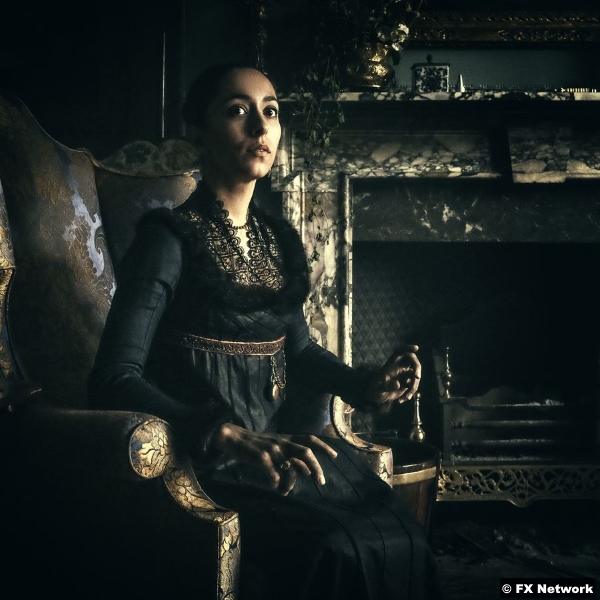 Not mysterious is the look on Zilpha’s face when she sees Thorne returning. Her face goes from immediate relief to mad panic as he refuses to give her the details on what exactly happened, because he’s still a peach, as usual.

Back at Casa Delaney, James and Lorna are terrible at peeling eggs. Over that meager breakfast, which James nearly swallows whole, he tells her that the saltpeter they stole had actually already been sold to the Royal Navy, so it was technically crown property. So now, the Prince Regent has the right to prosecute the Company for negligence. This is not going to improve the already frosty vibe between the crown and the Company. Anyway, Lorna admits that she doesn’t want James to die and so does Winter, who shows up after James leaves to go run his nefarious errands and skulk around London cutting off thumbs.

Soldiers search for the saltpeter, which James is not keeping on his boat, because he’s not a total idiot. He is, however, being trailed across the countryside by a greasy-looking fellow on a black horse. As James rides a white horse, it seems a little on the nose. That fellow must not have been properly briefed on James, because when he rides up on James’s horse tethered alone, he doesn’t immediately ride away in blind panic. That might not seem very dignified, yes, but it’s better than:

…which is what happens. 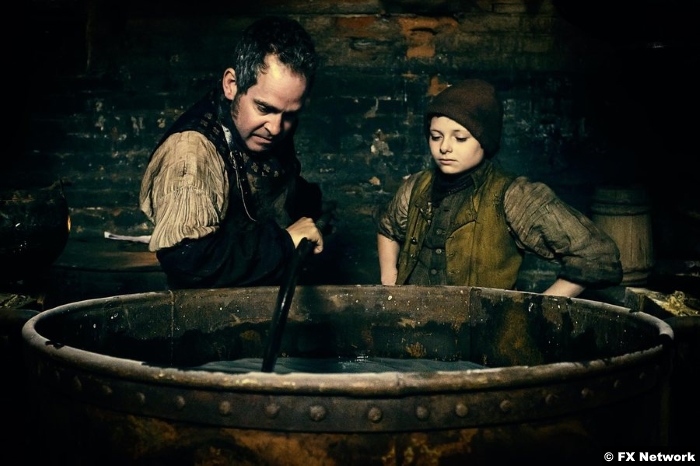 While James leaves the man in the dirt and rides on to check on the state of his nascent gunpowder, we check in with the Company and the crown. Sir Strange is still convinced that James Delaney is no more than a fly he can easily  swat away, despite all evidence to the contrary thus far. “We’ve screwed maharajas and we’ve screwed moguls, and this man is merely a London mongrel.” Mongrels can always rip out throats, though. Just a thought! Also, way to get that old-time racism in, you weapons-grade croissant.

Over at crown central, the Prince Regent is sloppily eating an ostrich egg next to a stuffed ostrich. Before the sun set, the British empire was #2wild. He does, in fact, want to go after the Company but Coop, who may be the most clever man in the court or Company, has a better idea. Go after the Company and Strange will just scapegoat some poor warehouseman. Therefore, the crown should go after Strange, specifically. And to that end, Coop produces a collection of papers from one George Chichester, which Coop just happened to find lying around in a drawer. Right.

The papers relate to the sinking of the Influence, a ship that’s not outwardly tied to the Company, but which is definitely tied to the Company. Chichester (Lucien Msamati) meets with the Prince Regent and explains that he’s after justice for those lives lost. [Note: Although it’s not been made explicit. it seems likely that the Influence storyline was inspired by the real-life Zong massacre.]  And five seconds after I called Coop clever, he asks Chichester if he cares about the ship sinking because he had relatives onboard. Because direct involvement is the only way you can care about a tragedy. Coop is the great-great of those people on social media who believe that you can care about only one world event at a time (eg. “Why do people care about [the election, a natural disaster, Beyonce’s twins] when there are children starving?”). Anyway, before Coop can pontificate that all lives, in fact, matter, Chichester explains that he wants justice for those who lost their lives because he’s a person who lives in the world. It’s hard to tell if the Prince Regent is actually moved by this, but he does move for an investigation, which does not thrill Strange. 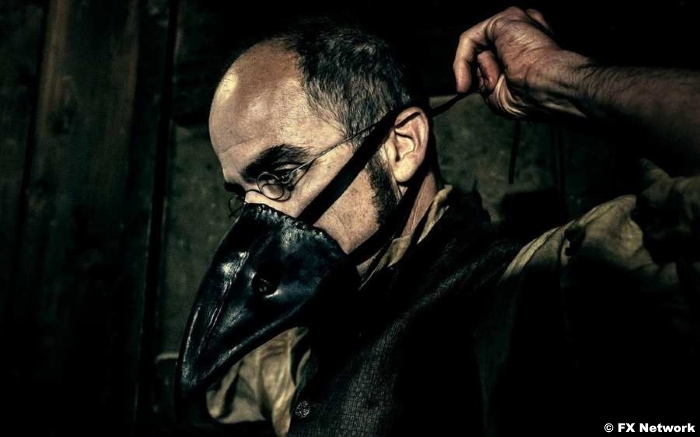 Cholmondeley needs an assistant, so James produces the boy who is definitely his son to help. We get our confirmation about his parentage when Dumbarton demands that James produce some gunpowder for America like, right quick. Like, in about a week quick. Dumbarton suggested they use something called the French Experiment. I don’t know what that is. It’s probably a reference to the work Antoine Lavoisier did with France’s Gunpowder Commission, which ended up being a big help to the American Revolution, but then why does Cholmondeley act like they’ve suggested he make gunpowder with gasoline, typing paper, and oily rags? I don’t know that, either. But Cholmondeley does ask James if he would risk his son’s life.

Meanwhile, his other family is still doing poorly. Well, Lorna and Brace are fine. I know neither are blood relatives, but they’re the closest thing to family James has. Lorna finds James’s father’s trunk and James find the Nootka Sound treaty inside. However, his actual blood relative, poor Zilpha, is…whew. After she says James’s name in her sleep, Thorne beats her and then has her exorcised, which does not seem to have the desired effect. In fact, it seems like it went backwards? Like, there’s definitely something in there now. Time to make some gunpowder with gasoline.

9/10 – This was mostly another James-runs-some-errands episode–read: not terribly exciting–but it finally seems like Taboo knows what it is and where it’s going with this story. Finally.