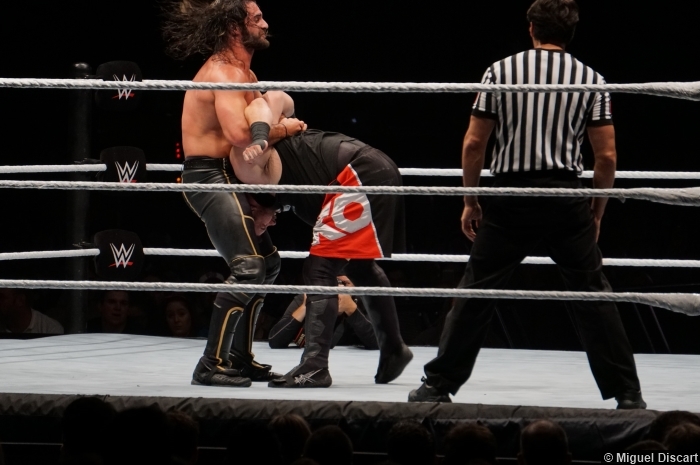 The 1231st edition of WWE Monday Night RAW was the final RAW of 2016 and it came to you, live, from the Allstate Arena in Chicago, IL. 2016 has been a banner year in the career of Kevin Owens as Owens started out 2016 in a show-stealing Last Man Standing match against Dean Ambrose at the Royal Rumble and would go on to compete in his first WrestleMania before winning the WWE Universal Championship in August thanks to a major assist from Triple H. Since then, Kevin Owens has been able to hang onto the WWE Universal Title by any means necessary, but as good as 2016 has been for Kevin Owens, 2017 may be a different story as RAW General Manager Mick Foley announced on last week’s RAW that, at the Royal Rumble on January 29, Kevin Owens will defend the WWE Universal Title one more time against United States Champion Roman Reigns and, to keep Owens’ best friend Chris Jericho from getting involved like he has done for the majority of Owens’ title defense, Jericho will be locked inside a shark cage that will be suspended high above the ring! With his reign as WWE Universal Title in jeopardy come the Royal Rumble, how will Kevin Owens, as well as Chris Jericho, conclude 2016? How will Roman Reigns and Seth Rollins react to being unexpectedly attacked by Braun Strowman during Braun’s reign of terror last week?