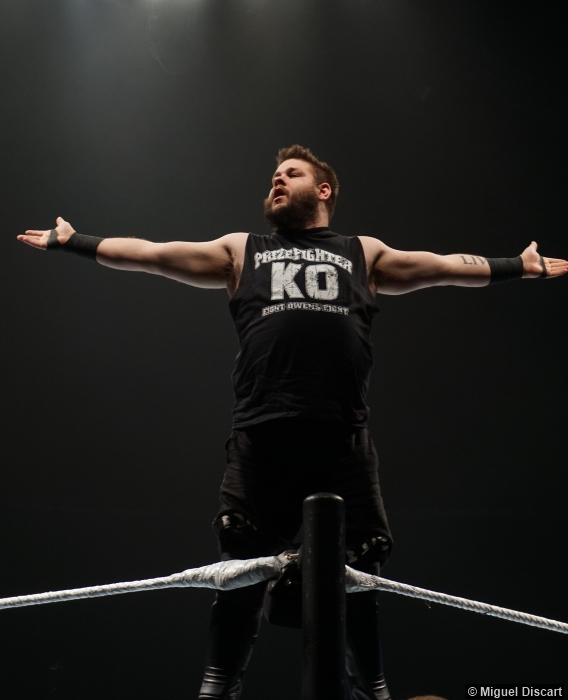 The 1214th edition of WWE Monday Night RAW came to you, live, from the Toyota Center in Houston, TX. Eight nights ago at SummerSlam, Finn Balor made history by defeating Seth Rollins to become the first ever WWE Universal Champion, but, unfortunately, that victory would come with a price as it was later revealed that, during the course of the match, Balor suffered a torn labrum in his right shoulder and would have to undergo surgery to repair the injury. This injury and subsequent surgery would mean that “The Demon King” would be out of action for at least six months and, as a result, Finn Balor was forced to relinquish the WWE Universal Championship on last week’s RAW. However, this unfortunate event has turned into an opportunity for four of RAW’s top Superstars as, after winning their respective qualifying matches last week, two-time former WWE World Champion Seth Rollins, two-time former Intercontinental Champion Kevin Owens, the seven-foot upstart Big Cass, and three-time former WWE World Champion Roman Reigns would compete in a Fatal 4-Way Match with the winner leaving Houston as the brand new WWE Universal Champion! Which one of these four Superstars will etch their name in history as being the second WWE Universal Champion in history?