There have been what seems like an increasing number of possession and exorcism narratives depicted in film and TV in recent years, perhaps related to the rise of exorcisms in real life. The granddaddy of all possession stories, though, is, of course, The Exorcist. It’s been hailed for years as one of the scariest movies of all time, if not THE scariest movie of all time.

So this is the part where I tell y’all that I don’t think it’s scary at all. 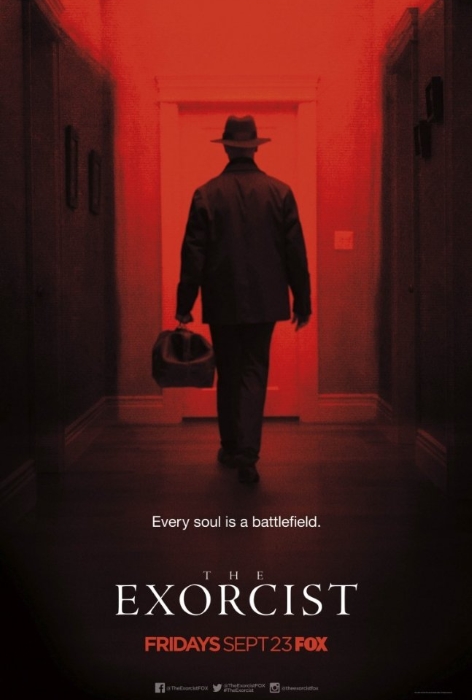 Maybe it’s religion. I wasn’t raised Catholic. I would say it might be cultural, but I grew up seeing things like this regularly. It could be just the effects of time–see this video for reactions of the original viewers. Then again, I also first saw The Texas Chainsaw Massacre decades after its release. When my tire blew out on the way home and I had to walk through the woods to a stranger’s house for help, I wasn’t exactly feeling carefree about it. Maybe it’s just the particular subject matter, that I don’t find demon possession scary, because it seems implausible. People get killed knocking on strangers’ doors in the middle of the night. Serial killers exist. Possession stories, on the other hand, seem to always come with disclaimers–based on a true story. Maybe.

This is all to say that when I read a plot summary to reacquaint myself with the film, I didn’t remember like, half of it. I think I might have fallen asleep. So I wasn’t expecting much when settling down to watch The Exorcist series, especially after the lackluster experience that was A&E’s Damien. And when the series began with getting right to the exorcising, I got a sinking feeling. Then everything got better. 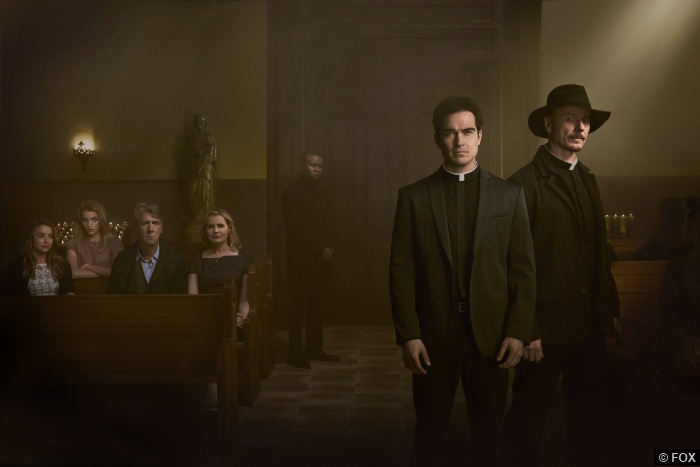 First of all, this series is about as loosely based on the film or the original book as one can be. We’re no longer in DC, for one. We’re in Chicago. There are also no familiar names among the characters, as far as I can tell. (I WAS ASLEEP.) At the start of the series, that exorcism–on a young boy named Gabriel– is conducted by Father Marcus (Ben Daniels). The exorcism fails and you just know he’s going to be haunted by it. Our young priest this time is Father Tomas (Alfonso Herrera). He’s enlisted by parishioner Angela Rance (Geena Davis) to help with her daughter Kat (Brianne Howey). She’s rebellious and mouthy and mom thinks she’s obviously possessed. Religion has long been used as a cudgel against wayward girls, so that’s not new. It’s also not surprising that the real trouble seems to be with Kat’s sweet sister Casey (Hannah Kasulka).

So far, so by the book. There are some surprises, though. For example, while the Rances have obviously done well for themselves financially, not everything is in clover. Henry Rance (Alan Ruck), the patriarch, suffered some kind of traumatic brain injury, and is almost childlike sometimes. It’s during a family dinner, though, that he suddenly becomes lucid and tells Father Tomas where to find Father Marcus. Father Tomas has been having visions of Father Marcus’s work with the doomed boy. They meet up and forge a shaky partnership. 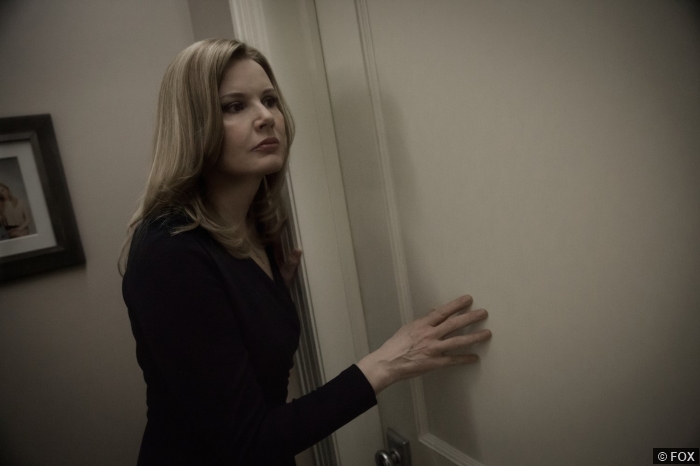 Father Tomas seems to be having doubts, if not about his faith, then about his calling in life. He does, however, feel called to help the Rances. When he’s apprising Angela of this, they hear a noise upstairs. Father Tomas goes to the attic to investigate and finds gentle, lovely Casey all black-eyed and well, demonic. He realizes that he’s got his work cut out for him, as “Tubular Bells” starts to play.

Meanwhile, although she doesn’t seem fully aware of what’s happening to her, Casey knows enough to know that something is wrong. After all, a strange older man is following her around and at her lacrosse game, she seems to have broken an opponent’s arm just by wishing it so. When the family volunteers at the church’s soup kitchen, a man approaches her talking about how “he” chose her and trying to touch Casey. A nest of centipedes squirms under her pillow. Then it gets worse. After Father Marcus catches Angela trying to bottle some holy water, he advises her to slip it into Casey’s drink. At dinner, where they have pea soup, she watches her daughter, but nothing untoward happens. Casey politely excuses herself, walks upstairs, and then gallops toward her bathroom, where she violently vomits pea soup and then pulls an uncomfortably long centipede out of her mouth. It was so gross. I loved it. 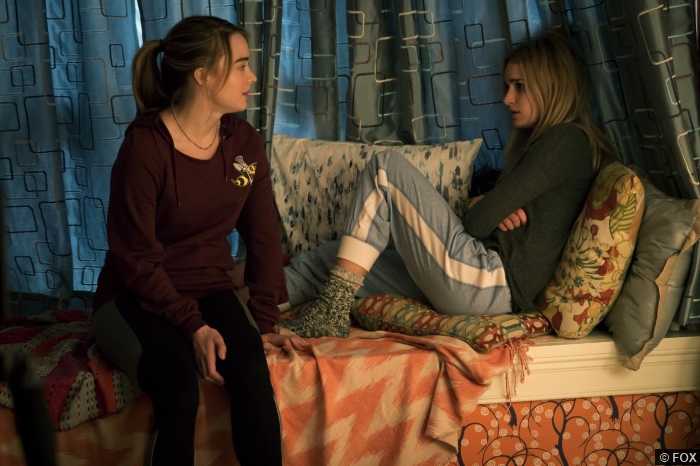 After that, the scenes where we’re shown a glimpse of the extent to which evil is spreading in Chicago is almost a letdown. Almost. They include a scene in which a group of people, including the handsy fellow from the soup kitchen, are shown leaving residences in Englewood. They each carry coolers. Like the Gentlemen from Buffy, they’re after hearts. Also like the Gentlemen, it’s really creepy. (If you’re wondering how crimes like that go unnoticed, they’re attributed to gang violence. You know gangs, always removing each other’s hearts.) Overall, the show is not lump-in-your-throat, knees-knockingly scary (yet), but it’s a start. And I didn’t fall asleep.

7.5/10 – So far, the strength of the show has been in its quieter moments, but it’s been effectively creepy and it shows the potential for greater scares. The Pope is due to arrive in Chicago, so that should make things very interesting soon.