You can be forgiven for confusing Outcast, the new Cinemax series, with AMC’s Preacher. Both are based on comic books whose storylines revolve around supernatural possession, after all. We already told you how great Preacher is, so is Outcast just as good? Let’s find out. 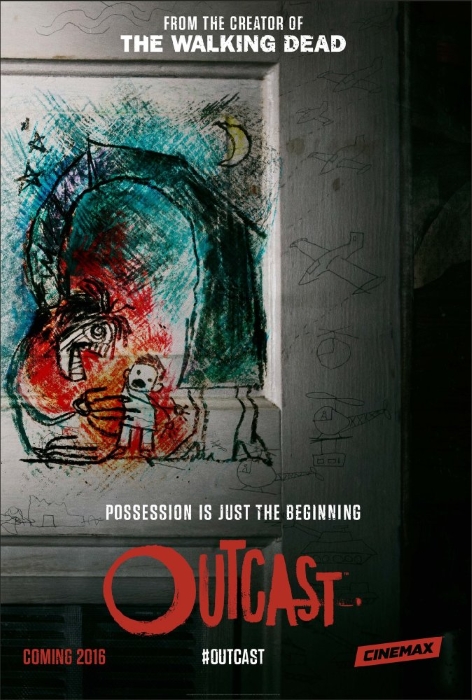 Now that Banshee is gone forever *sniff*, Cinemax is slotting Outcast in its Friday night place. Based on the comics by The Walking Dead creator Robert Kirkman, this series, set in the fictional West Virginia town Rome, focuses on Kyle Barnes (Patrick Fugit), who doesn’t seem to be doing so great when we join him. He’s living in near-squalor and surviving on a diet that seems mostly cereal-based. He’s doing better, however, than the first character we meet, young Joshua Austin (Gabriel Bateman), whose first scene culminates in his killing a roach with his head, eating the roach, and then gnawing on his own finger. You might consider this a spoiler, but I think forewarned is forearmed, and you’ll appreciate this when you’re not eating something during this scene like I was.

Anyway, unsurprisingly, this is not normal behavior for Joshua and his mother is understandably disturbed. She calls in help in the form of the local pastor, Reverend Anderson (Philip Glenister). Why? Because based on my extensive research–I’ve seen some movies and read some books–it looks like Joshua’s got a case of demonitis. And that’s where Kyle comes in. 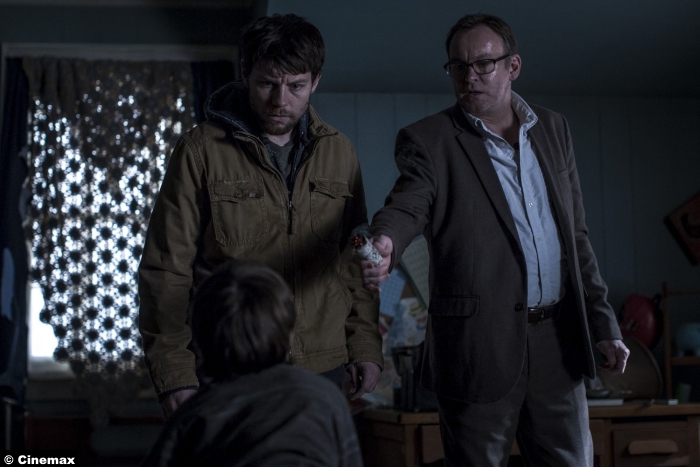 Although it’s clear something has gone wrong for Kyle–no one lives like that when they’re winning–the exact nature of his discontent is revealed slowly over the course of the episode. We meet his foster sister Megan (Wrenn Schmidt), who takes him grocery shopping and buys him a burner phone so he’ll stay in touch this time. At the grocery store, we and he overhear two older women talking and we’re treated to a glimpse of his past, the mother whom it seems was also touched by a demon. We get a further glimpse when Megan takes him home for dinner. Her husband is clearly unhappy to find Kyle there and their daughter tells Kyle that she knows who he is, that he had a daughter himself but he hurt her, so he’s not her daddy anymore.

Kyle is haunted by demons, both literally and figuratively, and so is Rome. Unless the town is squatting on a hellmouth, something else is attracting evil, and that something appears to be Kyle. Because not only does he have a higher-than-average number of people in life plagued by possession–read: more than zero–he has an effect on evil himself. We see this in action when Reverend Anderson enlists him to help Joshua. (These scenes are interesting in their own right, because this is one of the rare times I’ve seen a non-Catholic exorcism. Yes, that’s kind of funny in a town called Rome.) Whatever is inside Joshua is very attentive to Kyle’s presence and tries multiple times to siphon energy from him. This is understandable, because Kyle is able to fight the demon in a way that not everyone can. 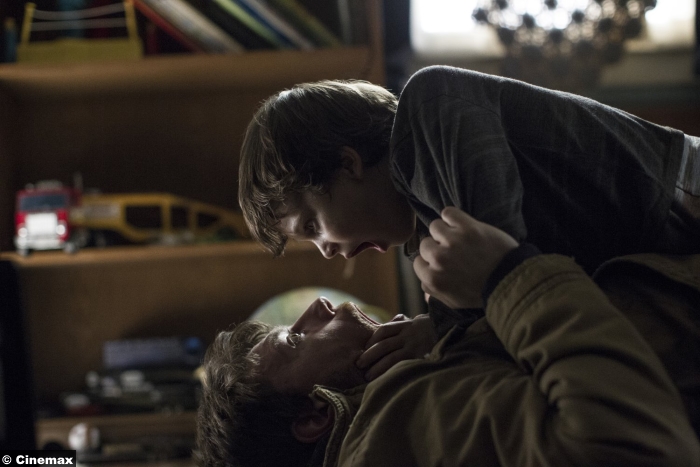 After the adventure at Joshua’s house, we’re given another look into Kyle’s past that is perhaps the best explanation for why he’s granted himself a hermit permit. It’s a brief but effective look at what happened with his wife and daughter and after what we know about his childhood, it’s easy to see why this would have traumatized him. Kyle Barnes as we meet him is a man who’s the walking wounded, but he’s not the walking dead (pun intended). The encounter with Joshua and the demon within him reinvigorates him and shows him there’s fight in him yet. The idea of what’s coming next now that Kyle is rejoining the world is intriguing, and part of that has to do with Fugit’s performance. Those of you who have only vague memories of him as the sweet boy journalist William Miller in Almost Famous will be surprised, I think, by his turn as Kyle Barnes.

And overall, this is a neat twist on the exorcism/possession story, with which we are suddenly flush. Fox is adapting The Exorcist, or at least the first movie, for this fall. Meanwhile, here we are with Outcast, which is neither the rollicking good time of Preacher, nor is it the boring slog of the now-canceled Damien. It is its own thing and that thing is pretty good. It’s quiet in a lot of parts, which allows it the option of taking its time and being thoughtful and also being scary. Because while this is a show about demonic possession, it’s also an examination of the bad parts of life that are all too common, like grief and loss, and the ways those things can swallow you up in a small town–the kind of demons that can come for us all.

8/10 – Although it drags a bit in parts, the pilot doesn’t waste a lot of time table-setting or spewing exposition. Instead, it trusts its audience to pick up on what’s going on and what’s going on is both scary and moving, a weird combination that works.