When I was writing the post about shows that should be rebooted, one of my original choices was American Gothic, the 90s series with Gary Cole, Lucas Black, and a ghostly Sarah Paulson. I nixxed it upon finding out that CBS, the home of the original series, was airing an unrelated show of the same name in summer 2016. Well, it’s here, but is it worth watching? Let’s go see. There will be spoilers for the first two episodes. 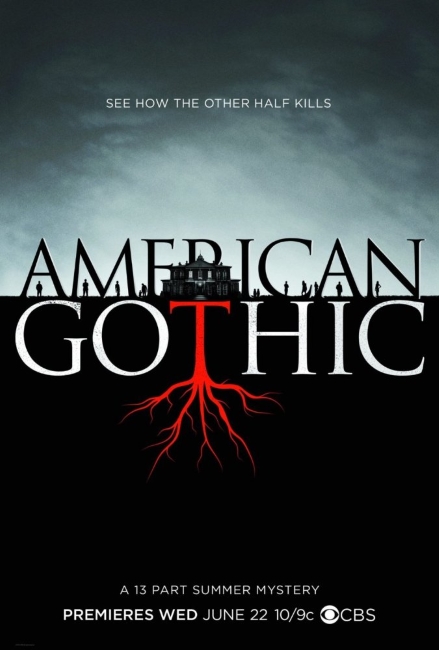 This new American Gothic is set in Boston and focuses on the Hawthorne family, who made their fortune in concrete. At the start of the series, a tunnel in the city collapses. Guess who made the concrete for it? This is bad enough news, as daughter Alison (Juliet Rylance) is in the middle of a mayoral campaign, but then when city officials begin digging through the rubble, they find a belt lodged in a slab of concrete. It seems as if the city has been haunted for years by a now-dormant serial killer known as the Silver Bells Killer–yes, SBK, as in shades of BTK–whose MO is a little strangulation and the gift of a wee silver bell. The belt is traced to an SBK victim. The Hawthornes are having a bad week.

And then it gets worse. At a press conference for Alison, her father Mitch (Jamey Sheridan) suffers a heart attack. Believing that the subsequent stress may cause her addict brother Cam (Justin Chatwin) to relapse, Tessa (Megan Ketch) goes looking for the rainy day drugs she’s sure he’s squirreled away somewhere at their parents’ house. She doesn’t find them, but she does find a cache of articles about SBK. Oh, and a box of little silver bells. 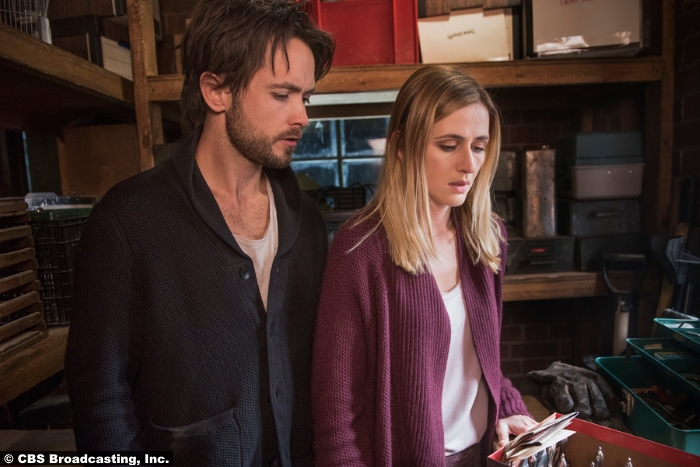 Welp. Tessa and Cam seem to jump pretty quickly to OMG OUR FATHER’S A SERIAL KILLER!!!, but he’s not the only suspicious character in the bunch. First of all, there is the final sibling Garrett (Antony Starr), whose leaving home years ago has left lingering bad blood. Then there is Cam’s own young son, whose interest in anatomy and related sciences seems precocious and quirky until it involves the neighbor’s cat, poor Caramel. [Don’t worry, tender hearts–you don’t see anything.] Obviously the kid is no serial killer (yet), but is he living proof of something rotten in the Hawthorne gene pool?

And while Tessa and Cam are trying to figure this out, with Alison’s help, Tessa’s detective husband Brady (Elliot Knight) is assigned to the reinvigorated SBK case. I know it feels like I should start making a string theory wall at this point, but it doesn’t come off that convoluted while you’re watching the show. That’s one of its strongest points, especially in the pilot. Like all pilots, it has to communicate a lot of information to get you up to speed and it does that well, without making you feel like you’re at the bottom of an exposition avalanche.

This helps a lot when everything really kicks into gear, with the cat and Garrett’s return. He’s been living a very basic lifestyle and I don’t mean Uggs and Starbucks–more like, the Unabomber’s cabin. When he arrives at the hospital, he immediately shares a private thought with dear ol’ Dad. If you were hoping like his family that it was something conciliatory, you’re all out of luck. According to Alison’s daughter, who was hiding under the bed, he told Mitch, “I’m gonna tell them it was you.” Intrigue! 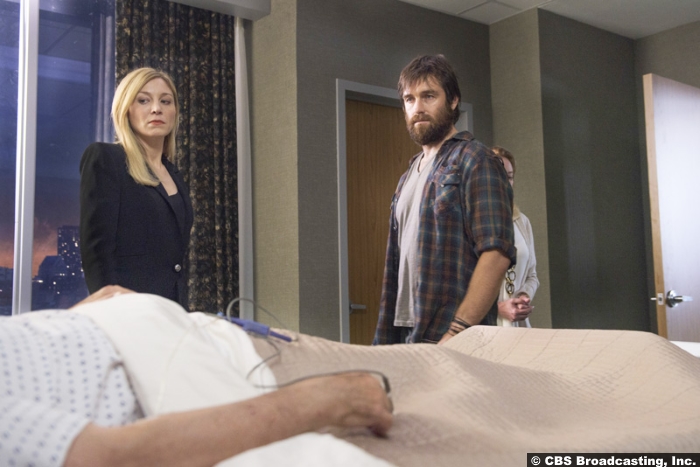 There are a lot of secrets in this family, obviously, but it seems as if Mitch, at least, wants to be rid of some of them. He tells his wife Maddie, (Virginia Madsen), “We have to tell the truth,” and that’s enough for her to close off his oxygen. What he wanted them to tell the truth about is unknown as of the first two episodes, but like Brady, we’re hot on the trail. Unfortunately, Maddie seems to be one step ahead of everyone. When the kids go to check out the box of bells and clippings, it’s gone. It’s then that Mom tells them a new truth: their father had dementia. He seemed fine when they were around him during the day, because he was sundowning. The box? Just part of his interest in true crime. And that’s the end of the story, until they talk to the groundsman and find out their dad was still playing bridge and chess regularly, at night. Mom has another truth for that, too. In fact, Mom’s got an answer for everything. So when Brady goes to retrieve a DNA sample from the now-departed Mitch–employees of Hawthorne are being tested because of their access to the tunnel–it’s not a surprise that Maddie’s already had him cremated.

Such a sad (literal) dead end, until Brady’s boss calls with the news that the belt didn’t belong to the last murder victim. It likely belonged to SBK. Since it’s a pricy piece, it destroys their profile that SBK is some kind of Robin Hood gone awry scenario (all the victims were rich). Brady’s contemplating this when he sees the belt in a photo at his in-laws’ house. And Cam is wearing it. Intrigue again! 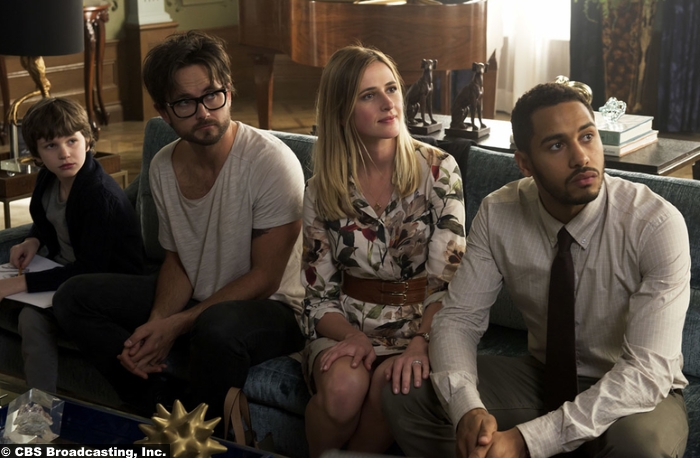 You may be reminded of the recently-canceled ABC program, The Family, as both involve political aspirations, the return of a son, and painful secrets. Unfortunately, it suffers from some of the same problems, like a tendency to slide into soapiness and uneven pacing. And if you’re interested in checking it out because of the name, trust that it’s not all that gothic so far. The name does give them an excuse to name episodes after great paintings, though. Still, I am curious about the real identity of SBK. Is it one of the Hawthornes? Is it Caramel? I’m going to tune in to find out. (And I better find out. This is supposed to be a thirteen-part series, but that’s never stopped CBS before [see also: Under the Dome].)

7/10 – The show is enjoyable for the most part, although I got bored during the second episode, and the mystery at the heart of the series is interesting enough to keep me watching. However, the dialogue can get a little cliche and the pacing needs to be more consistent. And if they pull a The Killing and the audience doesn’t know whodunnit at the end of this season, this will have been a terrible waste of good actors. And I will be livid, for seconds on end.