Bosch gets no love. Despite being critically well-regarded the Amazon original series doesn’t get the hype it deserves. To many shows these days want to deconstruct the genre they’re placed in, or are happy to sink into mediocre case of the week slogs like the once charming Bones, and Castle. Bosch just wants to be the best of the genre, and with True Detective taking a creative swan dive into Matrix sequel philosophical nonsense, it is the best. With the popularity of serialisation the real emotional, and over all human cost of an investigation into a shocking murder has the right platform to be engaging, entertaining, and vital. 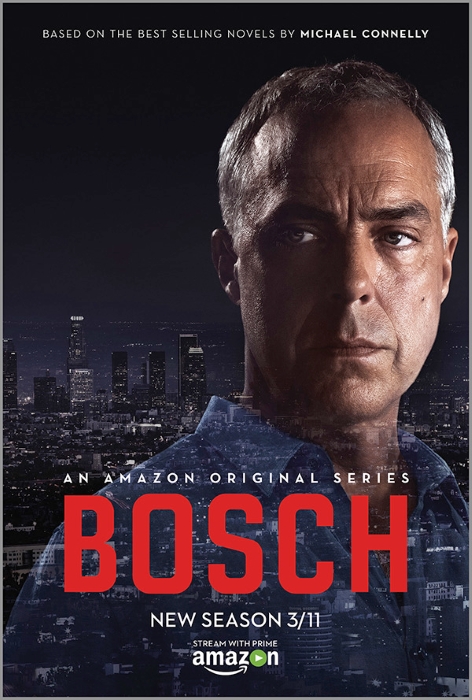 Brought to the screen by Eric Overmyer (Law and Order, The Wire) Bosch, in a sense, is closer to Hannibal than True Detective. Both shows are adaptations of hugely popular crime novels, and both fly in the face of the normal tropes and conventions of police procedurals. It’s not like CSI, or Law and Order, with their cop characters racking up considerable body counts with little to no psychological toll. Instead each of its two seasons take time to peel back the layers of one investigation. Like Hannibal, although without the macabre theatricality, the victims in Bosch aren’t forgotten when the plot moves forward.

Harry Bosch, played pitch perfectly by Titus Welliver, is the creation of crime novelist Michael Connelly. He’s an old school cop, an astute detective with his deeper emotions under lock and key. His playground is Los Angeles, a city deeply entrenched in the hardboiled detective genre. Connelly’s LA is the modern version of Raymond Chandler’s noir landscape, beautiful to look at but rotten to the core. This comes across brilliantly in the show’s opening credits, which takes the city’s stunning sites and inverts them. This is Harry’s world, a neat allusion the city’s dark underbelly where he spends most of his time. Even the police officers that populate Hollywood Division have the marks of this landscape: a few characters, including Bosch and Edgar, have scars presumably from the job. 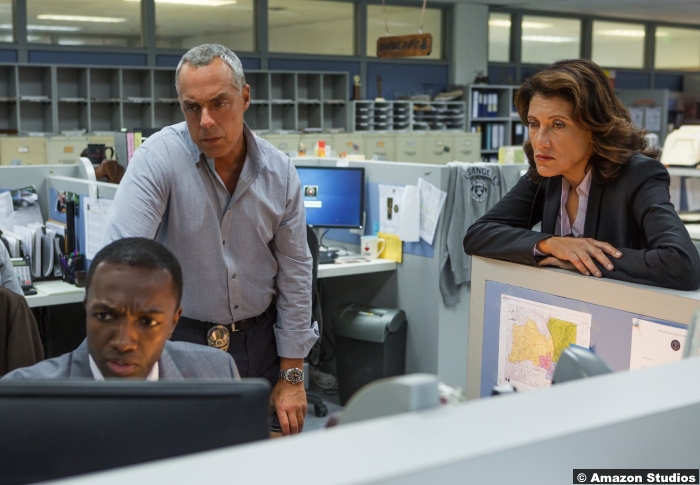 Season one, which was adapted from the novels City of Bones, Echo Park, and a little bit of The Concrete Blonde, introduces us to Bosch making a fatal judgement call. With his partner Jerry Edgar, played by the charismatic Jamie Hector, Bosch follows a suspected serial killer through the streets of Los Angeles. Following on foot, while Edgar remains in the car, Bosch corners him in an alley shooting him as he grabs for his gun. The problem is that Bosch is the only witness to this death of the Latino suspect. We fast forward three years later to the court hearing where Bosch has to defend his actions to the suspect’s wife, without embarrassing the LAPD’s shaky reputation. In a great scene we get to see what drives Bosch, and some of the LAPD’s more callous nature. On the witness stand we find out that Bosch’s mother was a prostitute who was murdered when he was a child, a murder that is still unsolved. Next we are told about the police departments K parties: a celebratory drink for a good shooting of a perp. Bosch argues that it’s a way for the cops to let off steam from a psychologically wearing situation, but to the court it come across as cold blooded. This is the uneasy alliance that the show argues, what being a cop is all about: this is the cost of getting your hands dirty for what you’re told is the greater good. It’s a brave move for the show, yes this shooting was in the novels which were published in the early nineties, but it provokes discourse about the problems that surround the police’s violent dealings with minorities, and does it through its main character.

The main plot of season one is two overlapping investigations that allow the show to present its own spin on traditional crime stories: the cold case, and the serial killer. The cold case is that of a 12 year old boy whose bones were found in the woods, and the serial killer, played by the sleekly menacing Jason Gedrick, provides a great antagonistic foil for the detective.

Titus Welliver plays Bosch as a closed book that only occasionally gets wrenched open, but his quiet dignity, and sense of purpose, drives the plot forward. While not drastically changed from the books (Connelly’s characterisation remains intact), the show updates the character and the world for a modern audience. Bosch, as an old renegade is at once deeply suspicious of new technology while seeing its importance when it comes to his investigation. His military background has been tweaked as well: the Bosch of the novels was a Vietnam vet, whereas this version served in the Gulf War, and re-enlisted after 9/11. 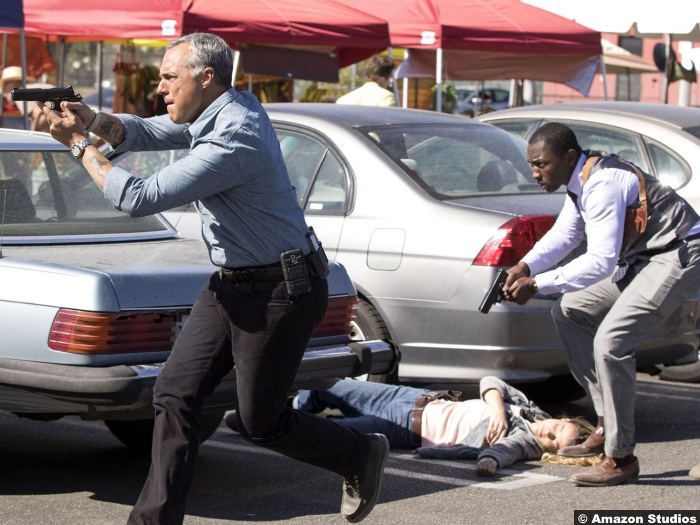 At the beginning the show is a bit slow, but you quickly realise that that’s part of the appeal. Events get time to breath, twists feel earned, and the grand old tradition of interrogation provides some subtle fireworks, yes Bosch proves that there can be such a thing. That doesn’t mean that it scrimps on action. While set pieces are few, when they happen they are intricately set up, slowly building the tension to keep you guess how exactly this situation is going to go south.

Bosch doesn’t necessarily offer anything new, but it does go some way to revitalising the crime genre which has been stale since The Wire. The cast are uniformly strong, and, most importantly, the show knows exactly what it wants to be. Like the novels that it’s based on, and structurally very similar to thanks to Amazon, Bosch is one of the best examples of serialised storytelling.