Is Sleepy Hollow our generation’s X-Files?

Can we just take a second to talk about Sleepy Hollow? For some reason, this fantasy show, which is deep into it’s second season as we speak, has mostly slid under the radar, despite warm critical reviews and a die-hard fanbase who-well, hang on, now I think of it, a die-hard fanbase doesn’t actually mean that much, does it, because everything’s got a die-hard fan base now. But either way, Sleepy Hollow has gained a properly dedicated following, a following which I count myself a part of. 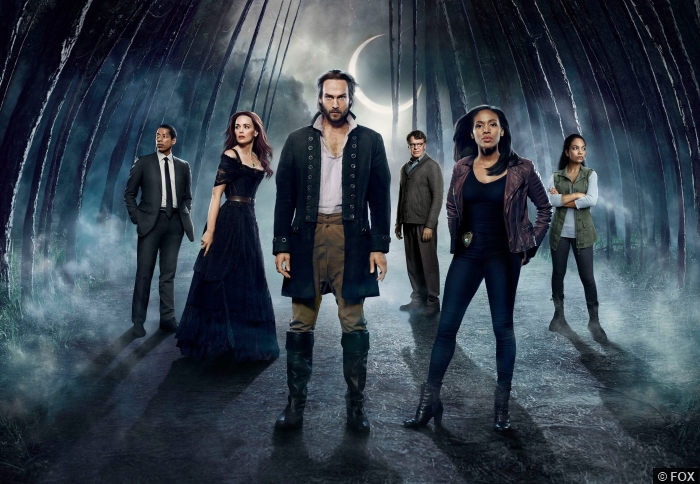 The series revolves around the town of Sleepy Hollow, which has been moved up to the modern day but is still tormented by the usual creepy monsters of lore. Ichabod Crane is a revolutionary soldier who found himself transported to the modern day by witchery to fight evil, joined by modern-day police lieutenant Abby Mills. And as soon as I realized that this was a fantasy/sci-fi series that revolved around the partnership between a man and a woman (both of whom have connections to the police), my mind went straight to one place. And that place was The X-Files.

I think all long-term fans of The X-Files have been searching for a show to fill that void ever since the series ended (or ever since David Duchovny renounced his position as a lead, whichever you count as the true death of The X-Files). So Sleepy Hollow was approached with some real excitement.

And in a lot of ways, I think it is quite like The X-Files. For starters, there’s the really well-pitched freak of the week episodes juxtaposed against an ongoing mythology (that mythology involves the Book of Revelations, demons, and John Noble hamming it up so much he would fit quite comfortably into a sandwich, but that’s a nothing discussion for another time). That careful balance on top-level episode story, where the lead characters battle whichever creature has appeared on their radar this week, matched with a more insidious tale that pushes forward the themes and ideas that tie the whole season together is the best thing about Sleepy Hollow, and a factor that I haven’t seen pulled off with as much style since The X-Files and Chris Carter blazed new paths for science fiction shows. 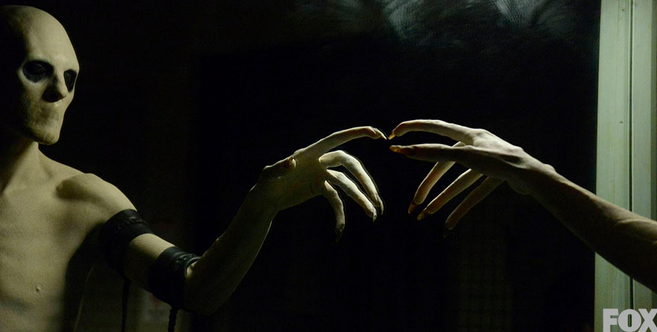 And of course, there’s the leading twosome. While Mulder and Scully were constantly subject to a well-earned and satisfying romantic and sexual chemistry, Ichabod and Abby are simply friends, companions, and it’s surprising how well that works. I was waiting through the entire first series for the show to drop the ball and have them falling into bed together, but in the end it chose not to hook them up-which really is what sets it apart from The X-Files. And that’s great. While both pairs of leads have amazing chemistry, Sleepy Hollow forges ahead with the belief that just being good friends won’t stop your leads from caring deeply for each other and fighting to keep the other one alive. And that’s a really nice touch. Both series also have a sterling cast of secondary characters-for The X-Files, it’s the Lone Gunmen and Skinner who give them a mix of sceptical and enthusiastically unskeptical help, while Sleepy Hollow comes with Captain Irving, Jenny Mills, Ichabod’s wife Katrina, and a small collection of police officers who always seem to come a cropper in the most dangerous situations. Each series relies on it’s small back-up crew to bring together a world that actually seems like it might exist, despite all the supernatural goings-on.

But, I must admit, even as someone who really loves The X-Files, I can see that there are problems in the series. By the last couple of seasons, the show became totally wrapped up in it’s own mythology, ending in the slightly cringe-worthy ending of The Truth, which failed to actually address many of the ideas it had put forth in the preceding eleven seasons. And this is one of the several ways in that Sleepy Hollow currently has the advantage over The X-Files- it’s managed to keep a sublime balance between silly, simple stories about fighting monsters and filling out a wider universe so that these actions do have some long-term meaning. The X-Files ended up far too big for it’s boots, in a lot of ways, and Sleepy Hollow has the benefit of simply not having been around long enough to be bothered with all of that. It might get bogged down in itself yet, but there’s a deftness of touch here that even The X-Files in it’s heyday didn’t have-a smart, quick, and sharp knowledge of how much to pile on and when to lay off. 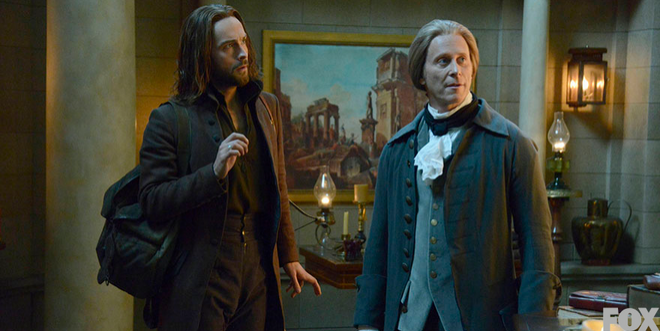 Another one of the smart choices that Sleepy Hollow made that The X-Files didn’t was the clear establishment of why the things that happened were happening. The X-Files had a sometimes gratifying, sometimes irritating tendency to dance between natural disaster, actual psychic phenomena, fakery, aliens activity, and strange dabbles into religion to explain how and why the creatures that Mulder and Scully faced existed. Considering their desire to focus the show so squarely on it’s own mythology in the later seasons, it’s unfortunate that many of it’s finest episodes- like the Stephen King-penned classic Chinga- are rendered slightly impotent in retrospect, thanks to the show’s unforgiving desire to fit everything neatly back in it’s box by the end of the show. Sleepy Hollow has picked a pretty good starting point- demonic entities and evil- from which to launch into it’s bizarre and often eclectic world, taking on monsters from all walks of life (that are always referenced in the dusty library that serves as their FBI office) that fit comfortably into the wide, wide spectrum they’ve laid out for themselves.