If you liked fairy tales as a child you probably have some fond memories of stories made popular by the brothers Grimm. There was always a silver lining to every story and a happy ending of course. As you lay snug in your bed slowly drifting to sleep to the soothing sound of your mother’s voice rhyming off your favorite tale you probably never realized that many of those stories originally had much darker endings. In the 19th century the brothers Grimm rose to prominence after writing a series of dark tales that were something a little different from what we know them as today. Sure they resembled the stories we know, but the good guys didn’t always win the day and villains were a whole lot darker. In these tales Little Red Riding Hood didn’t get away from the wolf.

In the television show Grimm you won’t find anything that children would find soothing. The writers have definitely embraced the dark side of the brothers Grimm – in fact they’ve taken it to a different level. In this Grimm universe those tales were just stories that came out of a reality that was considerably darker. Monsters are real and things really do go bump in the night. It’s quite a scary prospect. 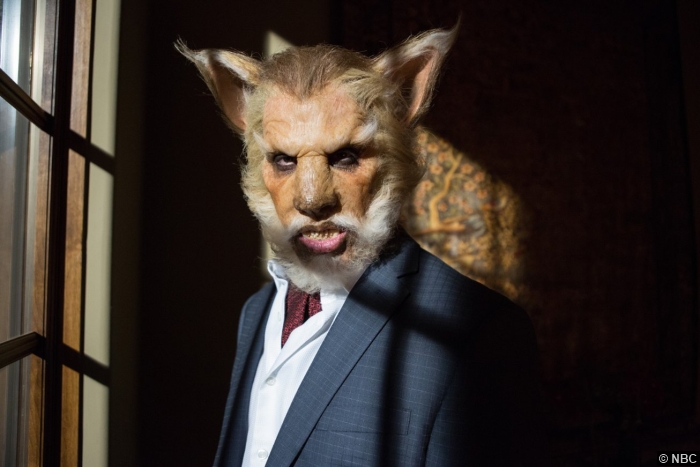 In the opening episode of Grimm we get a little glimpse into the backstory of the show. In this world monsters live among us disguised as everyday average people. They may be your neighbour next door, the only problem is most of us can’t see them for what they are – only a select few can – those from the Grimm blood line and they’ve been fighting to protect humanity from this dark truth for thousands of years.

The hero of the show, Nick Burkhardt, finds out he’s one of these Grimm’s when he’s paid a visit by his beloved aunt Marie. She’s a bit of an eccentric character and Nick soon finds out why – battling monsters will have that effect on you. She tells Nick that he’s descended from a long line of hunters whose purpose is to defend the regular human population from supernatural creatures called Wessen. Normally humans can’t see a Wessen’s true form unless the creature wants them to, but they can’t hide their form from a Grimm. Whenever a Wessen lets their emotions get the better of them they transform into fairy-tale creatures that a Grimm can see as plain as day. 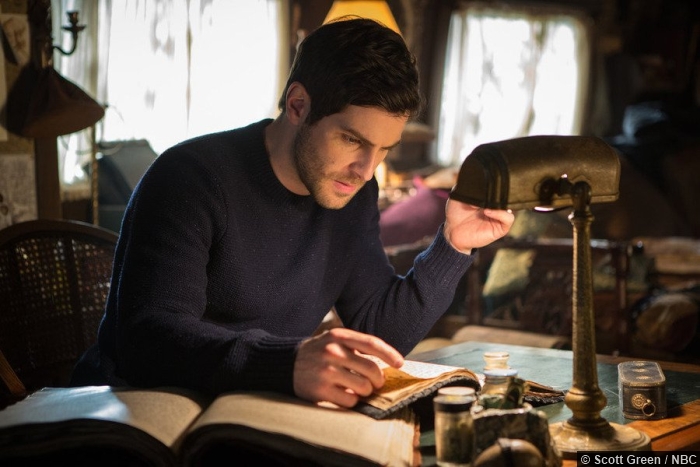 Like humans, not all Wessen are bad, and as the show matures Nick’s life becomes entwined with the lives of Wessen that are friendly to his cause. In fact he soon becomes best friends with Monroe and Rosalee. Monroe is a Blutbad which is a wolf like creature and Rosalee is a Fuchsbau which resembles a fox. It’s hard to keep track of all the different types of Wessen – a new one is introduced in just about every episode, but it definitely adds a lot of depth to the story line. The show’s creators really have paid a lot of attention to detail here and that’s what keeps it from getting stale. If you think you’ve got things figured out there’s always a new twist just around the corner to keep you guessing.

The characters in Grimm face all the same sorts of challenges that the rest of us do on a daily basis – they just do it under the threat of supernatural chaos. As a police officer Nick has the perfect cover to pursue Wessen that are a threat to humanity, but it`s never easy and he finds himself constantly faced with tough decisions. When his partner Hank starts to become suspicious about the monsters that live among us he soon finds he has no choice but to reveal the truth to him. Hank quickly becomes his partner in his hunt for Wessen as well.

It`s not only at work that he finds his two worlds colliding. Nick lives with his girlfriend Juliette and anytime it seems like they’re relationship is getting a little more serious something gets in the way. First it was Juliette finding out about the strange world that Nick lives in, but just as she starts to get used to the idea life throws them another curveball. Their main nemesis Adalind, a Wessen known as a Hexenbeist , finds a way to steals Nicks powers turning him into a mere mortal. She’s a heck of an ugly witch in her Wessen form, but a beauty in her human form – it really gives new meaning to the old saying that beauty is only skin deep. 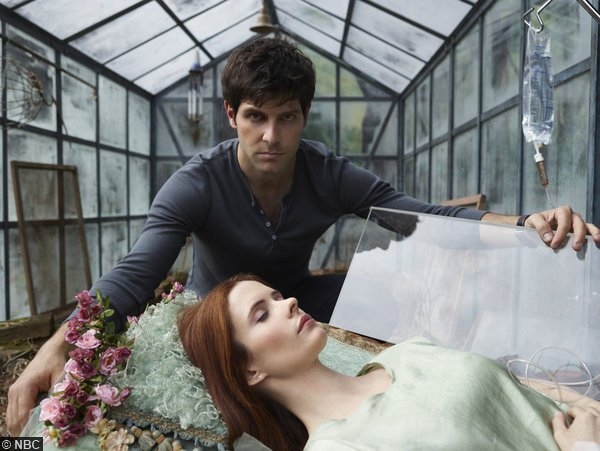 The life of a Grimm is extremely dangerous but it’s not only the odd random evil Wessen they have to worry about, there’s something called the Wessen Council and the Royal family to worry about as well. It’s unclear if the Wessen Council are really evil but their purpose is to protect the secrecy of the existence of Wessen so they have inevitably come into conflict with the Grimm that often hunts them. They don’t always get in Nicks way but more often than not they are at cross purposes.

With the Royal family there`s no such ambiguity – they are an ancient royal dynasty that has controlled the old world through their backroom influence for centuries. Anyone that stands in their way can expect to incur their wrath, and as they often employ Wessen to do their dirty work more often than not they have been enemies of the Grimm. They are not really Wessen themselves but they have a deep understanding of the supernatural world, and through their centuries of knowledge are able to control it.

The Grimm universe is an intriguing one full of just about every monster you`ve ever imagined in your worst nightmares, but there`s also an underlying statement on human nature here. The Wessen`s ability to transform into the creatures of nightmares is something that humans do all the time. We are constantly struggling with the darker parts of our character. Some of us win that struggle, and some of us don`t – the Wessen are no different. The only difference between Wessen and regular humans is that their monstrous form can actually result in physical manifestations, but deep down inside they`re not very different from us at all. This seems to be the real message of the show – it isn`t very comforting when you look at it from this perspective but it sure makes for some great entertainment.