By the time (Star Trek) Enterprise found its footing, the carpet was yanked… 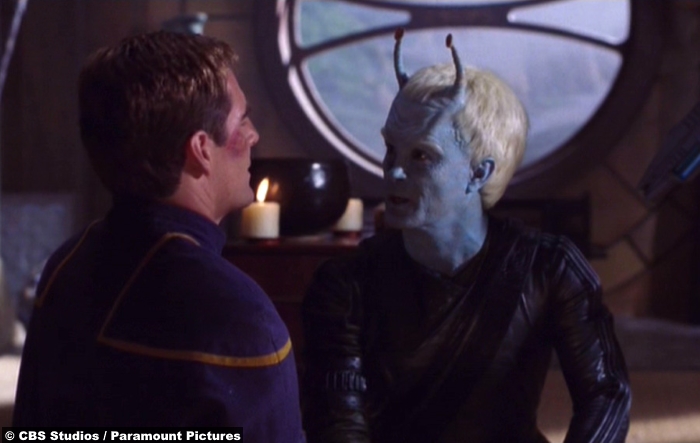 This explored the twist on the Vulcans that defined Enterprise: Vulcans were distrusting of humans exploring space and were really the stuck-up super-jerks of the galaxy. The ship visits a Vulcan monastery just as Andorians (led by probably the best character in the whole show, series-semiregular Shran) invade, claiming that the base is secretly a treaty-defying Vulcan military installation. The Vulcans deny deny deny but in the end it turns out they lied lied lied.

The show’s characterization of Vulcans was controversial, but it was one of the most…logical…depictions in the series. Of course they would be pretentious and elitist: They’ve been hopping star-systems for generations before Cochrane went to warp. Good on the show for taking a risk with the most famous aliens in the franchise. 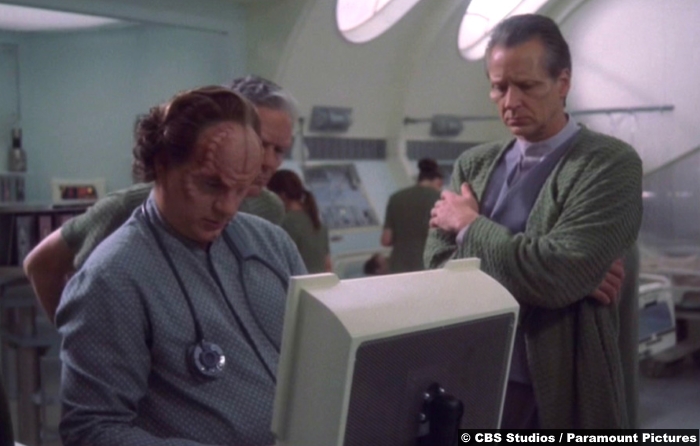 This explores the world of Star Trek before the Prime Directive existed. An alien world asks Dr. Phlox to cure a disease that threatens their entire species. The catch is, Enterprise can see that the “disease” is actually just nature taking its course. As Phlox says “the species has reached their evolutionary dead-end.” They’re simply not “meant” to survive. Archer is bull-headed and near-sighted (his only well-defined character trait) and demands the cure be given, even if it means screwing with the natural evolution of a species. The dilemma works for first-time fans but especially for long-time Trek-watchers, who have seen how valuable the simple Prime Directive is (“Don’t screw around with aliens that are less-developed than you are.”).

Here’s an episode that really only could work on Enterprise: The ship is out in the real frontier, with no laws or guidelines to follows. They’re winging it and they’re naturally making bad decisions because they have no precedent to follow. The show needed more episodes like this, but there just weren’t enough ideas to go around. Shows like this one only happened two or three times a year, at most, when they should have been the main thrust of the series. When you rely on the same tired hands to write your stories for a decade, the well’s going to run dry more often than not. 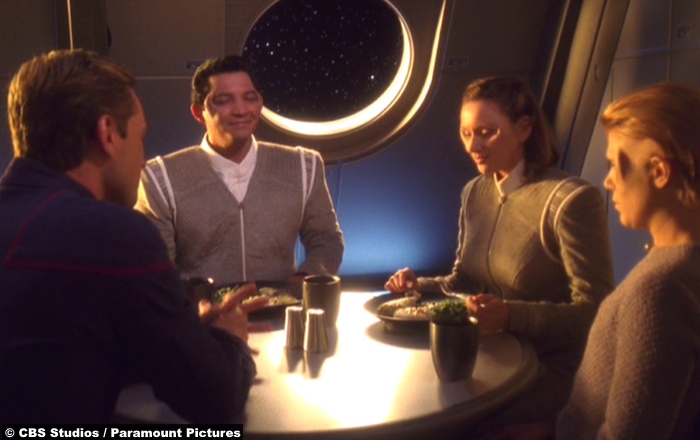 Congenitor on the other hand, is an episode that any previous Star Trek show could have done. But that’s not an insult, in fact it’s a credit to Enterprise in that they managed to have a script that was good enough to belong in the middle of TNG’s seven-year run (the high-water mark for the franchise). This might be the only episode in the first three years to be that good. Star Trek is at its best when it uses science fiction as a backdrop for morality plays that explore the human condition and the world around us (the viewer). This was Roddenberry’s real goal with the show. Starfleet and the Klingons were just stand-ins for the USA and the USSR. Episodes like A Taste of Armageddon and Friday’s Child were just parables about Vietnam. Occasionally there would be a great purely-sci-fi story (City on the Edge of Forever), but the real goal of the show was to explore the human condition. Cogenitor lives up to that lofty ambition.

The ship encounters an alien race that has three genders, with the third-wheel gender (the “cogeniter” that basically makes “making babies” possible) regarded as a lesser-species. The show explores the ethical quandary of enslaving a third of the race as well as the ethical issue of whether or not the Enterprise should “do something” about it. Commander Tucker gets a little too involved in the ways of another alien race and everything blows up in his face. The episode doesn’t offer a neat and tidy resolution either: Tucker has to live with the (fatal) consequences of his interference. We can’t hold it against this episode that the show never references it again or allows it to evolve the Tucker character; what’s done in this episode is great science fiction: It makes us reflect on our own society and how we treat others who are different from us and how we have a tendency to put “others” in a box and treat them as lesser. Sure, we don’t have a “third sex” but that’s the sci-fi part. The rest us pure morality play. 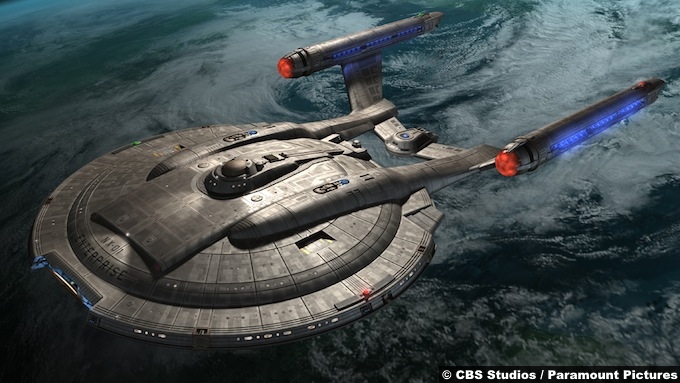 Of course the fourth season is what everyone thinks of when they want to reflect fondly on Enterprise. The rest is usually filled with bitter thoughts about cheesy pop theme songs, sexually-objectified first officers, undeveloped characters, that horrible “Precious Cargo” episode, and the genuinely insulting “These Are the Voyages” finale. The less said about those the better. There are a few gems to be found in Enterprise’s 98 episodes, just not enough to keep the show alive. Most of the gems are found at the end, but I guess by then it was too little, too late.

As great as Coto’s “fifth season” could have been, Star Trek really did need a hiatus and some house-cleaning.  Thanks to Enterprise’s cancellation it got one, and returned a few years later with a whole new creative team behind it (but that’s for another article). In the meantime, here’s to Enterprise: The little Star Trek show that couldn’t…and then did…and then died.