In January we started the series with Robocop, one of the most unique sci-fi action films of its day. After that, we shifted gears to the romantic fantasy-comedy (and just about every other genre) classic, The Princess Bride. We looked at 007’s fresh start with Timothy Dalton’s first crack at the icon in The Living Daylights. After that, we looked at Kubrick’s war masterpiece, Full Metal Jacket. After that, we looked at the delightful-but-bizarre Three Men and a Baby, a family comedy movie that spends a considerable amount of time focusing on drugs/crime. Recently we reminisced about Lethal Weapon, a movie that balanced humor and crime-themed drama with aplomb.

Our next movie, on the other hand, did not even try such a delicate balance. Instead, it went all-in on the crime-themed drama. 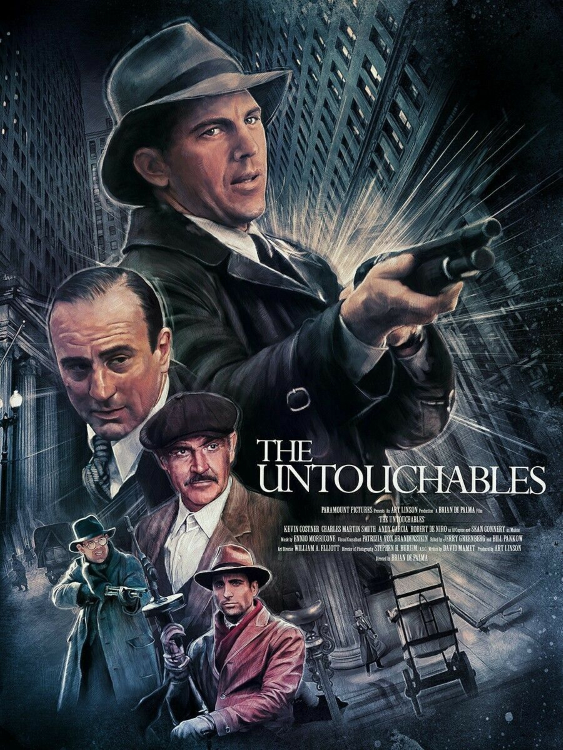 For sure, The Untouchables is not the most bombastic movie. What it is, however, is one of the best edited, paced, and acted movies De Palma ever made. If the tradeoff is a film that doesn’t have any jaw-dropping set pieces, so be it. Having said that…

Come on. There wasn’t a person in theaters who didn’t gasp or shriek when a bullet ripped through the corner of that plummeting stroller. To this day it’s one of the tensest moments ever put to film and it works precisely because it’s so low-key. It gets by on slow-motion photography, a great mix of wide shots and close-ups, good editing to tell the story with sights and sounds instead of words, and a great accompaniment by Ennio Morricone’s score. Go ahead and call it “play it safe.” I call it wonderful.

The setting of the film is Prohibition Era USA. As often happens when the government tries to legislate morality, the government ends up creating a bigger problem than the one they meant to solve. Organized Crime, which had, essentially, been a non-entity beforehand, basically grew out of the Prohibition movement. Before the sale of alcohol was banned, criminals operated mostly independently, with a handful organizing into low-level street gangs. There was no profit in crime, other than what a person could make for themselves selling stolen goods. It was hardly an endeavor that lent itself to a unified group. But when alcohol could be illegally cultivated, illegally transported, and distributed unlawfully, suddenly crime itself became a business and in capitalistic America, that meant low-level criminals became low-level workers, and heads of gangs became heads of entire crime syndicates. 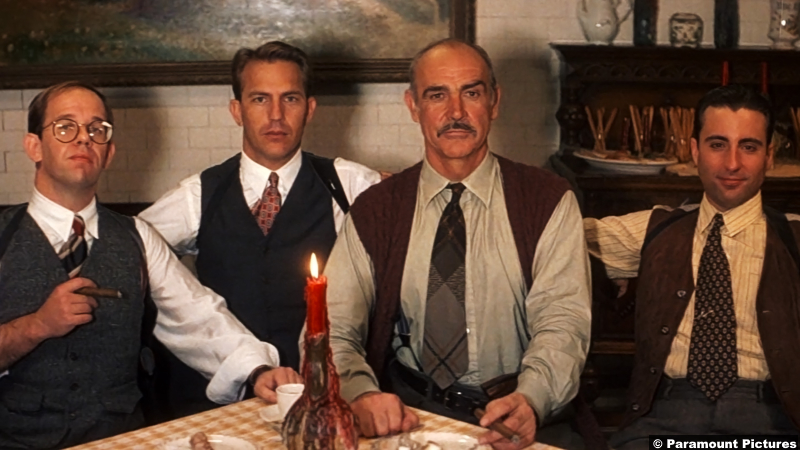 Enter federal agent Eliott Ness, who made it his mission to put an end to the organized crime enterprises at work running the illegal alcohol industry. Ness, whose exploits brought him notoriety only after his death (his memoirs were published shortly after he passed away), was assigned by President Hoover to arrest and put away for good the man who was arguably the most notorious of all the crime bosses: Al Capone. As you may know, the deed was done in the most unlikely of ways: They got him on tax evasion.

The story might sound boring, but the film is anything but. Based not only on Ness’ autobiographical memoirs, as well as the 1950s TV series, The Untouchables follows Ness and old beat cop Jim Malone as they struggle to get Capone behind bars and contend not only with the mob boss’ own thugs but also a corrupt bureaucracy working on Capone’s dime and disinterested in helping the “untouchable” cops that can’t be bought.

The movie is less of a cat and mouse game and more of a tug of war: The good guys gain leverage over the villains, only to be yanked in the opposite direction by a dire turn of events. The heroes regroup, overcome the odds and make new headway, only to be pulled back once more. Back and forth it goes, with all of the typical drama, in-fighting, and turmoil expected in a story such as this. It’s not revolutionary filmmaking. It’s not reinventing the wheel. If it’s “paint by numbers,” then it’s “paint by numbers” as done by seasoned pros. It’s just a well-made film. 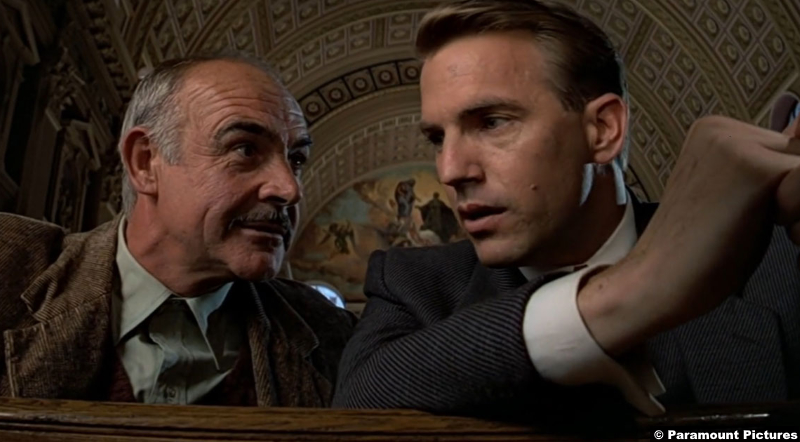 A movie like this might die on the vine without a solid cast of actors carrying the script. Kevin Costner was as in the zone as any actor could be between 1987 and 1995 (the back-to-back flops of Wyatt Earp and Waterworld ended his status as a guaranteed box-office draw) and that incredible seven-year stretch began with this movie. Arguably there would have been no Bull Durham, Field of Dreams, Dances with Wolves, or JFK without The Untouchables. Another newcomer who burst onto the scene with this film was Andy Garcia, who would mostly make a name for himself on the other side of the law in crime movies. Both actors carry their weight and hold their own, but it’s the vets who steal the show.

Robert De Niro as Al Capone was considered stunt casting and beneath the actor at the time, and his performance is rarely regarded with great acclaim today, but he brings a hugeness to the part, a sense of awe that was inherent with the actor in those days. That said, the real star of the picture is Sean Connery, who chews up and spits out every syllable of dialogue the script can feed him. He’s an absolute delight, charming when necessary, menacing when appropriate, sardonic basically all the time. It’s one of the purest “Sean Connery” roles the actor ever undertook. He doesn’t even try to fake a Chicago accent. He’s superb. 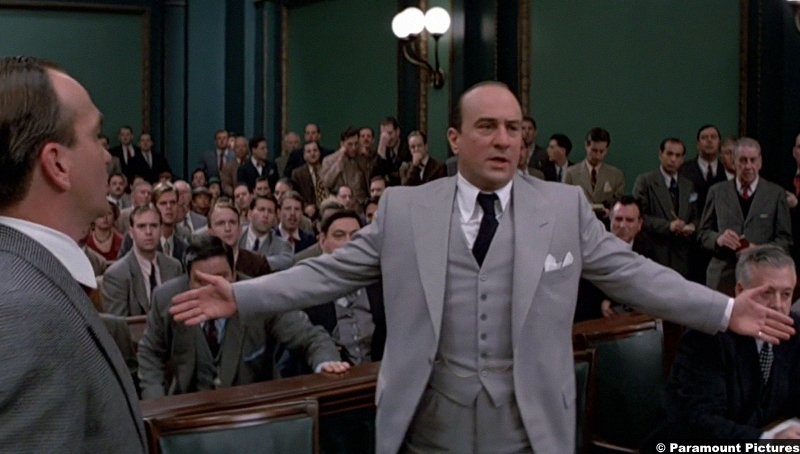 At the end of the day, what is The Untouchables? It’s a mostly historical retelling of a fight between the feds and the criminals that sprang up as a result of the feds’ incompetence and who are put away just in time for the feds to walk back their initial mistake, rendering the entire fight that preceded it mostly moot. On paper, it seems like a waste of time. As it happens, though, De Palma’s movie is gripping, action-packed, and dramatic, and while it’s hardly talked about or widely beloved today, I say nuts to that: This movie was awesome back then and it’s still awesome thirty-five years later.