Heat and Casino are both still awesome, twenty-five years later

Michael Mann’s Heat and Martin Scorsese’s Casino came out only three weeks apart from each other back in the winter of 1995. Both starred Robert DeNiro, and both can loosely be categorized in the “crime” genre, but other than that they’re very different films. 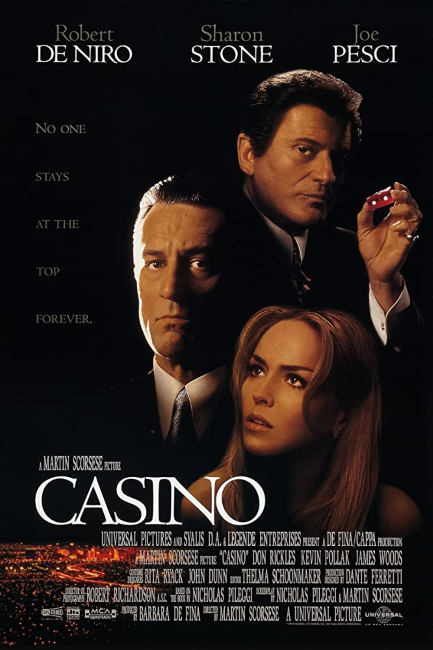 Casino’s reputation has struggled in comparison to other classic Scorsese films. The movie never seems to get the respect it deserves, probably because it so closely imitates Scorsese’s more lauded and famous gangster movie: Goodfellas. When you dig into it, however, you see that Casino is not actually Goodfellas Redux. It’s more like Goodfellas on crack. In a lot of ways, it’s Scorsese relying on familiar storytelling tropes in order to do some things as a director he’d never attempted before. The first hour or more of the movie is basically a series of montages within montages with almost uninterrupted music, and even multiple narrators overlapping.

Looking beyond the “plot,” in a lot of ways, Casino is not a “Robert DeNiro” movie so much as it as a vehicle for Joe Pesci. Granted, Pesci’s character doesn’t make it to the end of the picture, but he commands the scene whenever he’s present, has all the best lines, and has the second-strongest arc (after Sharon Stone, who does her very best work bar none in this movie). 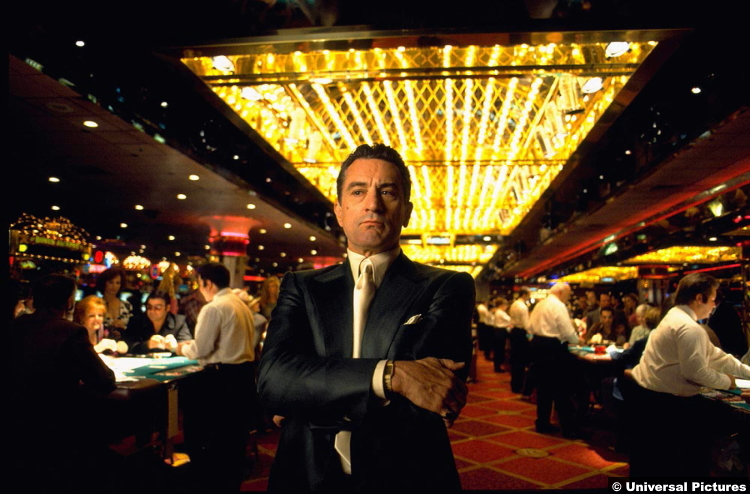 Casino is hurt by the fact that it’s too similar to Goodfellas in terms of tone, style, subject matter, etc. I get that. But, to me, those three hours just sail by, which is something I can’t say for the other movie this month. Heat seems like it’s got about thirty minutes of flab that could be cut, making it a perfect two hours and twenty-minute movie. As it is, it’s just a really great two hour and fifty-minute movie. Casino however has three hours that sail by, and the real secret to the movie’s ability to grab hold and not let go is the editing. The common complaint against Casino is that it’s just “montage after montage,” but when you see it as a storytelling/directorial experiment by Marty Scorsese, it makes it easier to appreciate. The film really does those montages masterfully. Casino still holds up as a fantastic display of a brilliant director’s skills; it will never escape the shadow of Goodfellas, maybe, but it doesn’t have to. If viewed on its own, the movie deserves all the praise it can get.

Heat derives its title from the feeling of pressure bubbling up within a criminal gang led by Robert DeNiro. After a string of successful jobs, the group finally starts to “feel the heat” from an obsessive cop (played by Al Pacino). The film is most famous for offering the first on-screen interaction between DeNiro and Pacino, though the scene in question is hardly the star of the movie. It’s a great bit of scene-chewing, but the movie isn’t really about Pacino vs DeNiro (despite that being the major marketing pitch). Sure, Pacino’s cop is after DeNiro’s thief, but the movie is really about how both men are mirrors of one another. The infamous “diner scene” where the two of them meet and talk was an inspiration for Chris Nolan in The Dark Knight (the whole movie itself is inspired by Heat, in fact). But the interrogation scene between Batman and Joker is packed with so much more tension, has so much more action, and leads directly to the pivotal turning point of the movie (the death of Rachel and the birth of Two-Face). 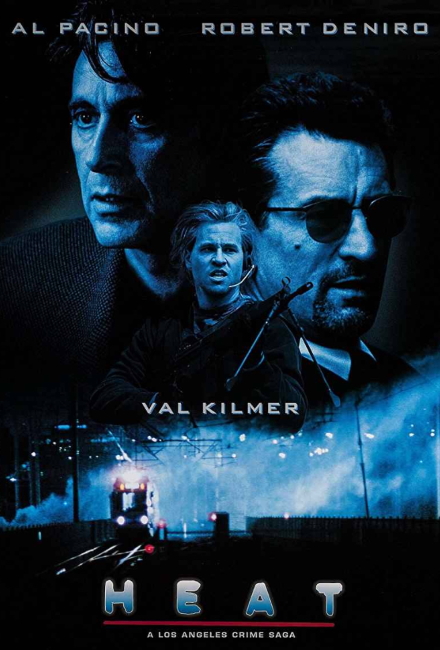 In contrast, the diner scene in Heat is low-key. That’s by design, by the way. The viewer isn’t supposed to wonder when Al is going to make his move to arrest Robert, nor should we worry that Robert will make his move to kill Al. The film already establishes that Al’s character is not going to make an arrest until he has enough evidence to put Robert’s thief away for good. Likewise, the movie establishes that Robert, while ready and willing to kill, also doesn’t like being sloppy or reckless. So there’s no tension in the scene, and there’s no action to speak of, and the aftermath doesn’t lead directly to any major or turning point moment.

So what’s the big deal? 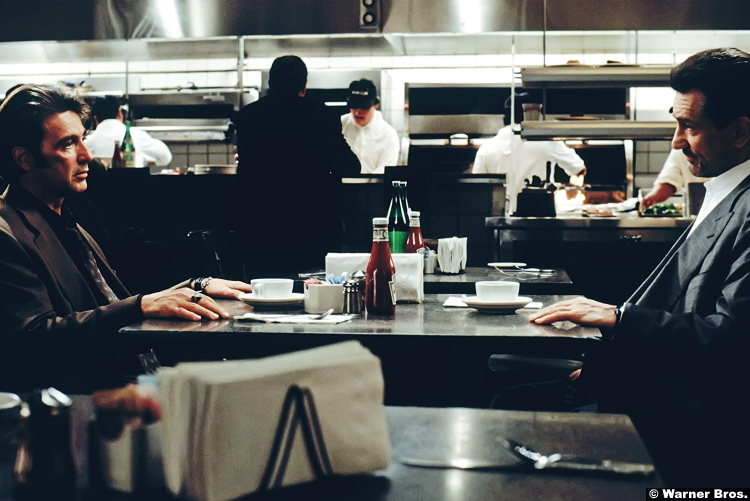 The big deal is that it shows us how these two, to repeat the cliche, “are not so different.” They’re both obsessed, driven, loners, married to their work. They both say they won’t stop till they’ve finished what they set out to do, that they’ll run through anyone that gets in their way, and that they’ll (sadly, they confess) kill the other one if it comes to it. In a lot of ways, you almost want to see them smile and shake hands at the end of their cup of coffee. The movie naturally follows that throughline, taunting Al Pacino’s character with a crumbling marriage as a result of his obsession, and giving Robert DeNiro with a new love interest, tempting him to abandon his obsession. As the heat ratchets up on DeNiro, Pacino loses his hold on his personal life. He sacrifices that aspect of his humanity to score the arrest, which comes after DeNiro is forced to abandon his love interest in a last-ditch attempt to flee.

Heat gets a lot of praise for its action scenes and tension, and it has both done very well, but it’s the character arc of both men that really steals the show. Michael Mann can be hit and miss when it comes to picking projects to work on, but in this case (a movie he wrote, by the way), he nailed it. Heat is every bit the action-packed thriller its reputation lauds it to be, and it’s every bit the brilliant character showpiece for Al Pacino and Robert DeNiro that fans craved.

And it too is still awesome, twenty-five years later.