There’s a new sheriff in town. I wrote that line last week, immediately after watching the promo for this episode, the season finale. I guess I wanted to make sure I didn’t forget it? I’m not sure how I could, though, since it’s a phrase so well-worn that it borders on cliché. And also, the episode begins by introducing us to the new guy.

It’s Beau Arlen, by the way. He’s played by Jensen Ackles, an actor who, like John Noble, would have a bucket of TV awards if organizations like the Emmys haven’t been so wary of genre work. (That kind of thing has gotten better, but only slightly, in recent years.) Ackles will also be appearing in the upcoming season of The Boys, but there’s something about this role that just feels right. I mean, he feels born to be in a Western, which is essentially what this show is. 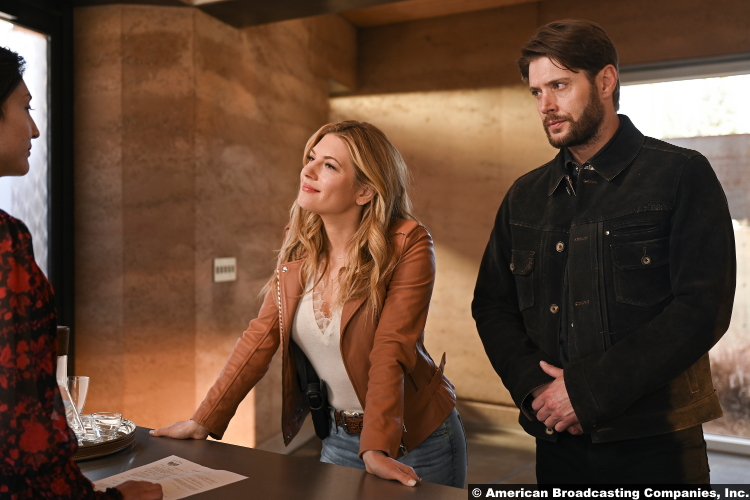 Anyway, back to this show. When my family moved to the place I consider my hometown, my parents moved us there a month before the school year ended. I was about to start high school, so they wanted me to be able to meet people before that. That’s what Beau’s debut in the finale feels like. He gets a taste of the action, but it’s more to establish his character before they set him up in storylines.

As it is, of course, we’ve got some storylines to tie in neat bows. First, there’s Scarlet. With her, I noticed a theme that kind of continued through the other major storyline. And that’s the idea that someone being bad doesn’t mean they can’t do good things. In Scarlet’s case, it’s her decision to take Cassie’s advice and give up Phoebe.

That’s a hard decision to make, even when you’re someone like Scarlet. Despite the things she’s done, she truly cares for her daughter. So when she sees how distressing this life on the lam is for Phoebe, she makes the right choice. Rather than drag her from town to town, putting her in increasingly more dangerous situations, she leaves her in Cassie’s house.

That’s not the only thing she leaves, though. She also leaves behind the syndicate evidence that she’s managed to gather. So far, it’s mostly incomprehensible, but Team Dewell & Hoyt are on their way to cracking it. As for Phoebe, Scarlet has a relative in Michigan who hops a plane as soon as Cassie contacts her. Phoebe is a good, sweet girl, and now she’ll be able to live a good, normal life.

I can’t find the exact quote, but the late, great John Perry Barlow once said something about how he once saw the descriptor “harmless” as almost negative, like a synonym for weakness. However, he came to realize that there’s nothing negative about the idea of not causing harm. I’m thinking the same way about normalcy. We may think of it as boring, but it’s pretty good when the alternative is constant danger. 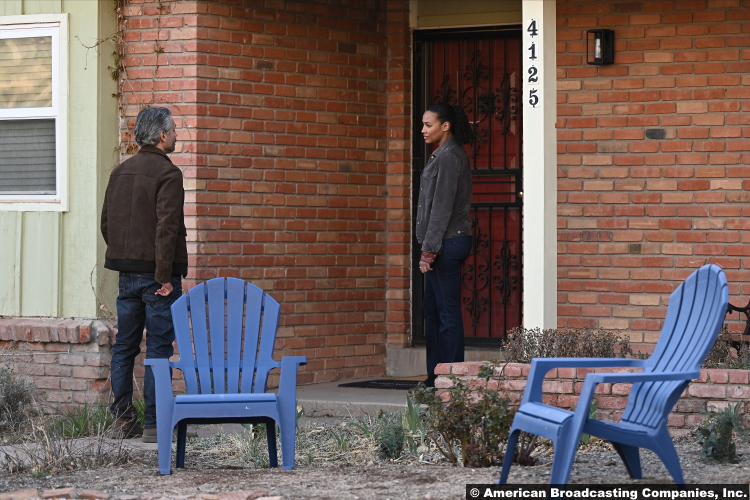 On that note, the Bhullars. Last week, I posited that Ren was keeping Travis around because she’d realized that his main goal was Veer. This week, she lets him take her father. He takes him out to that hole, actually. And while it may have seemed that his endgame was to kill Veer, he really just wants to know where to find the body of Kate, his CI.

Even in the face of imminent violence, Veer is smug. Eventually, though, he claims that Kate is still alive. This is just before Jenny and Beau get there, by the way, and just before Travis can beat Veer to death. The Bhullar patriarch escapes the reaper this time, but he’s run out of lives. That’s another way of saying that Jag smothers him in the hospital.

And here again, is the idea that bad people can do good things. Not the whole patricide thing, I mean. But it took all this for Ren and Jag to hug each other. Jag even tells her that he loves her, to which Ren responds, “Barf.” But she means it affectionately. I think they’ve always loved each other, but that was hard to express when Daddy was pitting them against each other. 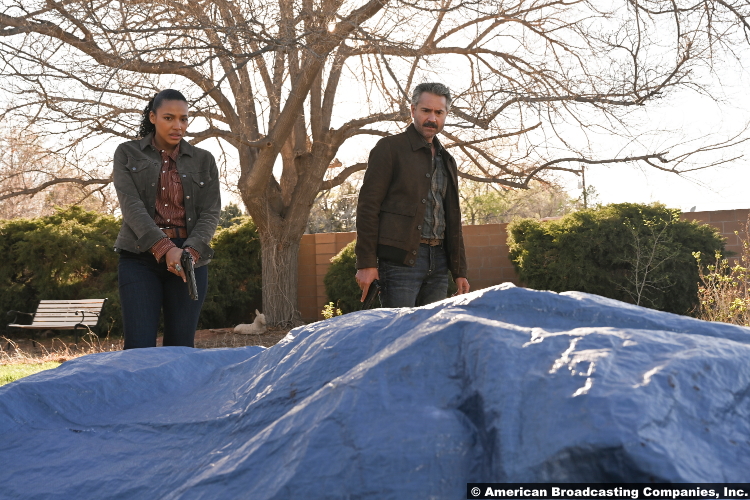 Anyway, after he went wildly out of his purview, Travis has a lot of explaining to do. By that, I mean that he’s in handcuffs as Jenny drives him out of town. However, once he tells her about the possibility of Kate being alive, Jenny lets him go. Veer could have been lying, of course, but Travis has to know for sure. Weird that she just drops him off in the middle of nowhere, but we’ll go with it.

Meanwhile, Lindor and Cassie follow up on a lead, the EMT who supposedly was with Wolf when he died. We already know from the ID photo that it’s not the same guy. That guy is dead, by the way, because that was Scarlet’s last act before she dropped off her daughter. (Once you stab a man to death in front of your child, then yeah–it’s time to give her up.) But the supposed EMT is also dead, as they discover when they drop by his house. So that’s another (literally) dead end, but they’ve got those random files, at least.

8/10 – This was a solid ending to a pretty solid season. I thought the reveal of Alicia’s apparent final plan was a little anti-climactic, but maybe we haven’t seen the last of her. There will be a third season coming, after all. I’m looking forward to seeing where they go with Beau. Oh, and where they go with Reba McEntire, who will be joining the show next season as “Sunny Brick, the mercurial matriarch of the Brick Family, a successful backcountry outfitter with a secret history of missing customers.” Hmm, love it.