Since the last episode of Big Sky was almost a month ago, let’s refresh on where we left everyone. After a fruitless raid on the Bhullar property, Jenny recruited trucker Bryce (Eric Gorlow) as a confidential informant. However, that wasn’t the only enemy getting close to the Bhullars.

There’s Travis, of course, who continues to walk a very fine line. He’s got to keep himself indispensable, so that he can exact his revenge and you know, stay alive. Unfortunately, he’s been eating from the fruit of the dumb tree, because in conversation with Ren, he brings up his own CI again. Ren is very smart, Travis! She notices that you’re repeatedly bringing up a woman you’re not really supposed to know. I mean, the Bhullar kids grew up in a cartel. Their natural resting state is suspicion. 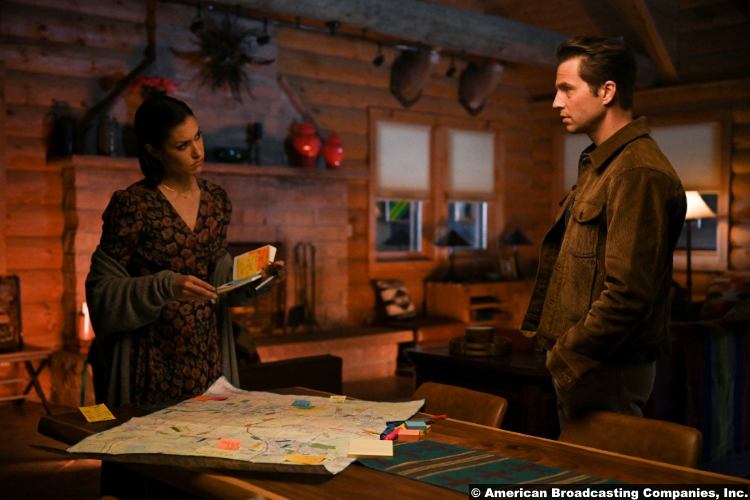 Anyway, that happens after he and Donno don’t kill Jenny. Like, listen, if you’re trying to murder someone, then maybe don’t do the surveillance from the street directly outside their office. Donno’s plan seems to be to get Jenny in the car and then they drive her somewhere. Uh, to her death, I mean. But it’s patently ridiculous. Why on earth would she get in the truck with the two of them? She literally just raided their bosses’ compound.

Speaking of things that don’t make sense to me, let me take a short break to say Jenny’s wardrobe. I know her whole thing is that she’s not a regular cop–she’s a cool cop. That being said, I cannot believe that even Sheriff Tubb, who lets her have a LONG leash, would be chill with this week’s ensemble. A Green Day tee slashed down to the flabbergasters? Ma’am, give me peace. I’m not sure I could get away with that in my office and I am not an officer of the law. 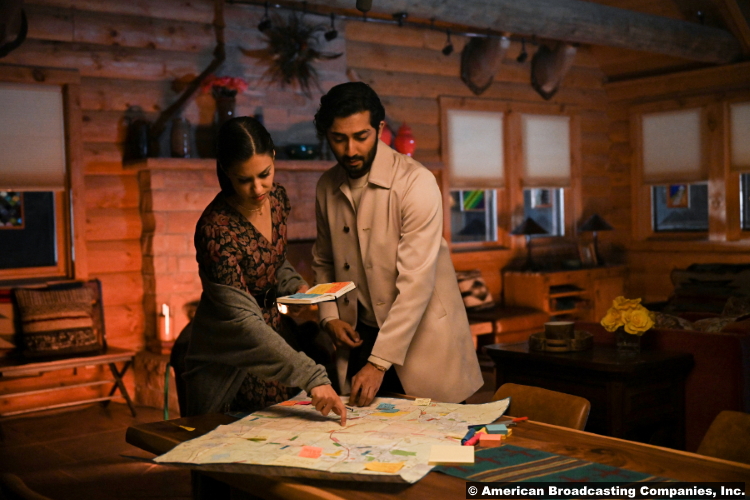 Elsewhere, Cassie is back. She and Lindor have decided to try out this thing that’s been brewing between them. It feels very weird, especially in light of Lindor’s moment with Jerrie. She maintains, by the way, that she’s unbothered by the other relationship. And God, let her be. I do not want to see these two lovely women (and Lindor) get mired in a love triangle plot. It would be like an inverse of Cassie and Jenny’s relationship, except bad. It was satisfying to see them go from enemies to besties. The reverse would be less so, especially since Jerrie has so much else going on. I mean, in case anyone forgot, she escaped a trafficking ring like, 10 minutes ago.

I was trying to forget, by the way, but they have a lead on Scarlet. Let me take a long, cleansing breath and a break to write in my gratitude journal. Again, give me peace. I know they’ve still got Scarlet out there as a loose end, though, and I hope they tie it off next week. It was fun while it lasted, but it’s just not as interesting to watch as the Bhullars.

Like Percival on Riverdale, they’re not regular villains–they’re fun (to hate). And like the Kleinsassers last season, they have about a million opposing interests within the family alone. This week, for instance, Veer is out of town. That means that Alicia, who apparently has a law degree, plays attorney at the sheriff’s office. She does enough, though, to scare off Tubb from bothering the family for a while. Meanwhile, the Bhullar children reflect on the revelation that Veer ordered the contamination of their drug supply. Ren suggests that since Veer doesn’t seem to be making the best decisions–on this show, I can’t believe it–then maybe it’s time for a coup. Jag doesn’t immediately dismiss the idea.

The other thing about the Bhullars that makes them gripping to watch is the reach of their villainy. That works in two ways. In one, like their drugs, they contaminate the people who enter the Bhullar orbit. Witness Tonya, for example. Once she realizes that Bryce stole a shipping manifest from her desk, she promises that Donno won’t kill him if he just admits to it. Bryce then tells her about being a CI, so she stabs him. 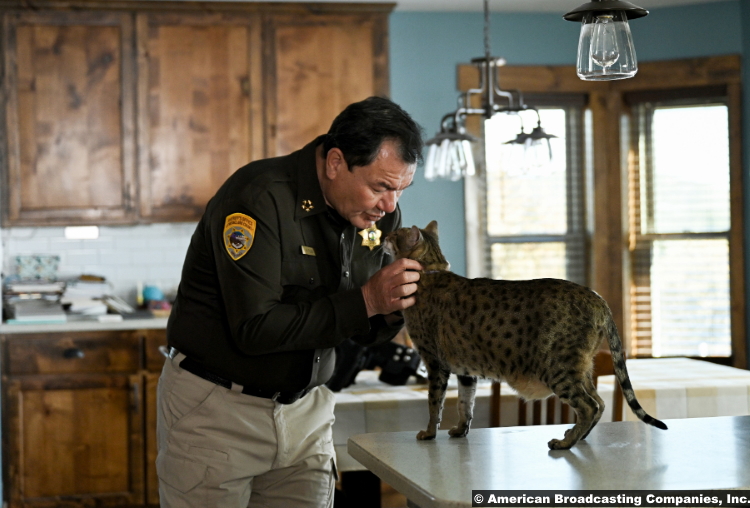 And in the other way, there are the people they directly harm. There are the people they kill, obviously. Then there are the more indirect deaths, like young Mason. Those deaths have ripple effects, as we see with Richard. When we last saw him, he was at the Bhullar construction site. This week, he confronts Tonya and a still-living Bryce, who gets him to leave. Bryce’s sidearm helps, but neither of them are Bhullars, which is what Richard wants.

Once Sheriff Tubb goes home and we spend an extended period of time with him and his cat, I knew something bad was about to happen. We’ve never been alone with him, certainly not at his house. Luckily, though, it’s not a Bhullar or a similar baddie who’s lurking. Instead, it’s Richard, who just wants the Bhullars’ location. 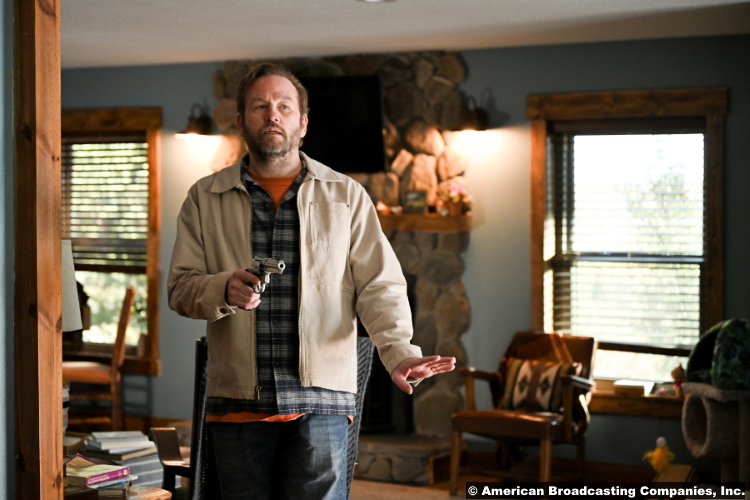 I have no idea, mind you, why he was less aggressive with Bryce than he is with Tubb, a trained LEO whose death would be a capital crime. But maybe it’s because Tubb actually struggles with him. And then the gun goes off. Tubb is (probably) going to be fine–Richard called for an ambulance as he was leaving. But now that he’s at the Bhullars’ property, with Travis on the wrong end of a gun barrel, he might think he has nothing left to lose.

8.5/10 – Outside of Jenny’s wardrobe, they kept the confounding decisions to a minimum this week. I don’t know how they ever thought Bryce would be a good CI, but it’s not the worst idea someone on this show has had.