As this episode was beginning, I was thinking, man. It’s going to be such a bummer for Travis if Richard gets to Veer before him. Because if you’ll recall, last week’s episode ended with Richard finally making it to the Bhullar compound, where he accosted Travis.

With Dhruv dead and Donno…somewhere, Travis is really the only muscle on the property. So when Jag returns from picking up Veer at the airport, they walk right into Richard’s arms. I don’t know why they go with him, though.

I mean, yeah, they tell you not to put up a fuss if someone’s threatening you with a weapon. But that’s for a situation like a mugging, where you just have to give up a thing, an object, and it’s worth it if it means you walk away with your life. However, they also tell you not to go to a second location.

And I’m not trying to say they should do some action movie stuff, like, rushing for the gun. I’m just saying that people do that kind of thing in real life and it’s just kind of interesting to me that neither father nor son tried being a hero. Then again, they did just have a conversation about how Veer should step down. Maybe they were both hedging their bets. 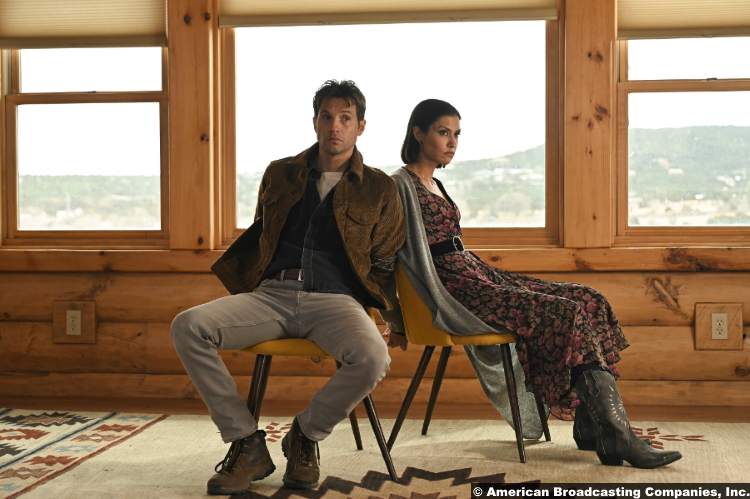 Anyway, as Cassie and Jenny speed toward Richard’s presumed location, after having left both Travis and Ren tied up, Jenny questions why they’re even bothering. As in, why don’t they just let Richard kill the Bhullar men? Well, number one, that’s kind of the opposite of your job. And even though it would be “doing the entire town a favor,” as Jenny says, it’s not worth it. As John Connolly wrote, “You cannot perform acts of evil in the name of a greater good, because the good suffers. It is corrupted and polluted by what has been done in its name.”

Whoa, I went a little too deep. Lemme get back to frivolity. Uh, Jenny’s wearing another slashed band tee. She has an endless supply of those and I just remembered that she’s the acting sheriff right now. And while I’m talking about silly stuff, I had to laugh out loud at Jag’s expression once Veer started asking Richard about Mason.

At first, it seems as if he’s trying to bond with him. You know, asking him about his son, talking about how they’re both fathers, etc. But after he asks Mason’s name, he says, “Mason was weak, I take it? People who do drugs are.” And Jag looks at him like, are you outside of your mind? 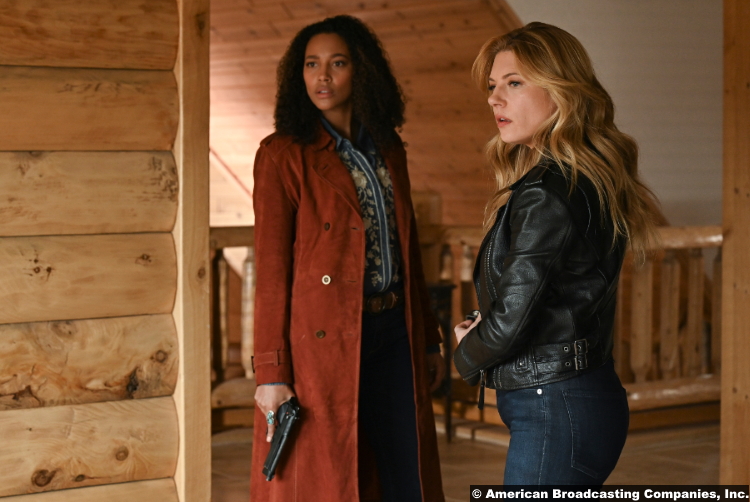 However, Veer’s attempt at bonding comes a moment later when he tells Richard that he knows “what’s it like to have a weak son.” The audacity of this man, my goodness. Then he offers him money. That’s also a bad play. Finally, he just gets up and leaves, calling Richard’s bluff. Richard, however, is not bluffing and shoots Jag. (He lives.)

Back at Bhullar central, Ren decides that since they’ve got nothing better to do, she and Travis should discuss the elephant in the room. As I said last week, she’s no dummy. She’s been debating herself on his being a cop. If he were, as she says, then why hasn’t anything happened yet? He’s seen all kinds of crimes, after all. Then he brought up that woman again. And I said she was smart, but she’s put the whole thing together, including his real name.

She’s keeping it all to herself, though. I would guess that she’s sussed out that he’s actually there for her father and thus, is willing to let him do what he needs to do. Later, of course, her father will deliver a monologue about how he knows that she’s the right successor. It’s very sweet, but also unnerving. I kept waiting for the big “but.” But–see what I did there–it doesn’t come, at least by the end of the episode. 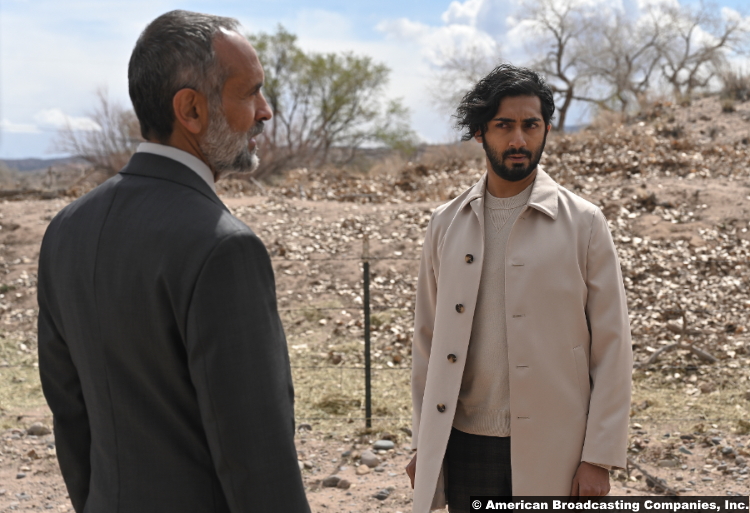 In other news, I said last week that I hoped that they would finish the Scarlet storyline. We move ever closer toward that goal this week. Scarlet is still on the run, but someone has found her. That someone, by the way, is the same guy who killed Wolf and was lurking in Tubb’s hospital room.

He (and presumably the syndicate) are after Scarlet because she has evidence of their trafficking ring. She wants to exchange it for her safety, but Cassie tries to disabuse her of this notion. The syndicate will not stop until they put Scarlet in the ground. The best thing to do right now is hand over Phoebe. That way, they can minimize the danger that surrounds Scarlet wherever she goes. Oh, and speaking of that, the “wherever” she went is right outside Cassie’s house.

8/10 – I realized while watching this that the plotline got a lot more interesting once we dropped the duffel bag drama. Figuring out the motives of the Bhullars, etc. is just a lot more intriguing than say, a group of teenagers bickering.