On a scale of 1 to really messed up, how well does The Boys translate to the small screen?

Following the success of AMC’s television adaptation of Garth Ennis’ Preacher comic book, Amazon Prime decided to try their luck in the lucrative superhero genre by adapting another of Ennis’ best-known works — The Boys. Admittedly, Amazon Prime and showrunners Seth Rogan and Evan Goldberg have done a fantastic job with the adaptation that is, at times, arguably better than the source material. However, even though the showrunners weren’t frightened to depict all the gruesome details from the comics, some notable and disturbing differences between the adaptation and its source material ended up on the cutting room floor.

Garth Ennis has a reputation for dark satirical comics, and The Boys is Ennis’ take on the modern superhero genre. Traditionally, superheroes from the comics adorn the mask and the cape when they discover their powers or suffer a tragic loss; sometimes both. On the other hand, villains become villainous after some injustice has happened to them, either societal or cosmic, and they discover the inner power to act on their basest impulses. Ennis’ The Boys comic book has turned that trope around; the superheroes often act on their base impulses, and The Boys are individually motivated by loss. 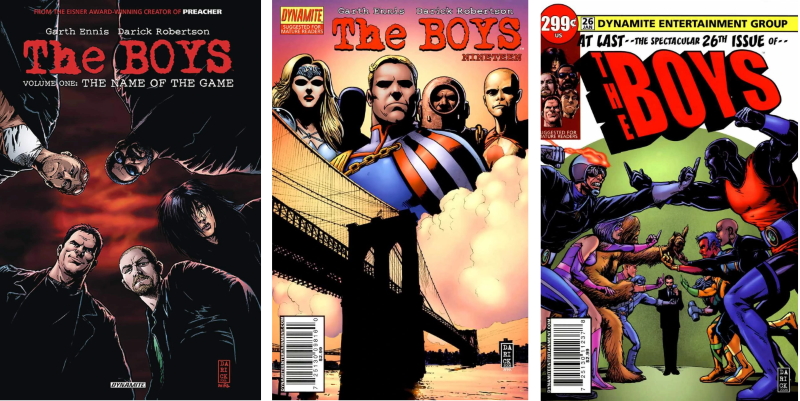 Right off the bat, it’s worth mentioning that the comic is even darker and more gnarly than the series. Unfortunately, its overly graphic depictions of sex and violence were too dark for DC Comics’ Wildstorm imprint, which originally published the comic. As a result, the company decided to cancel its deal with Ennis and Darick Robertson, the illustrator for the series. Luckily, the dynamic duo took their work elsewhere landing with Dynamite Entertainment for a publisher and gained enough traction to catch the attention of Seth Rogan, Evan Goldberg, and Amazon Prime.

The series, on the other hand, manages a delicate balance between adhering to the source material while also plotting its own course, and while the premise remains pretty much the same, the series is a more condensed version of the source material. Of course, this has resulted in some notable changes, especially when it came to the characters. For example, the leader of The Boys, Billy Butcher of the comics, is basically Frank Castle of The Boys universe and way deadlier in the comics than the series. Admittedly, making him less of a straight-up psychopath and more of an anti-hero made Butcher a more interesting and television-friendly character. 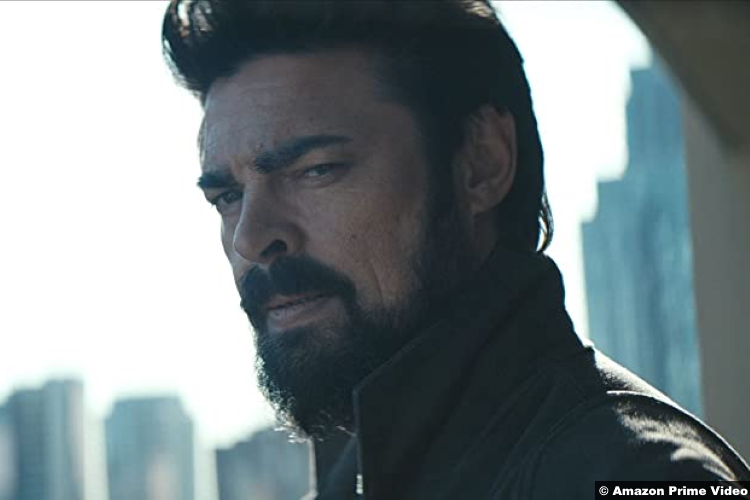 In the comics, Billy and the team were already assembled, but the series took time with assembling the team. This gave showrunners an opportunity to redefine some characters and expand their comic book backstory, like The Female. She doesn’t have an elaborate backstory in the comics, except that she’s fallen in a vat of Japan’s version of Compound V — a superhero-making serum — which gave her superhuman strength and an insatiable urge to kill. The series, however, gave The Female an entirely new backstory that serves to depict Vought as a profit-driven war-mongering corporation that allowed Compound V to be hijacked and given to terrorists by the Homelander himself, to create and bolster the artificial demand for superheroes only they can provide.

The Female is the only Compound V-jacked member of The Boys in the series, which wildly differs from the comic books, where the team has access to, and regularly uses Compound V to imbue themselves with superhuman strength, speed, and durability to temporarily stand up to The Seven and other Supes. Even Terror, Butcher’s dog, is given Compound V in the comic book to make him into a formidable killing machine. With that said, The Boys in the series are depicted as vulnerable humans and not some Compound V jacked-up vigilantes, which makes them more appealing. Everyone loves an underdog, and the team has to come up with clever ways of dealing with Supes, which makes the series more interesting than the jack-up-and-hit-them-in-the-head approach from the comics. Butcher’s canine friend in the series is reduced from being an adorable albeit four-legged killing machine in the comics to only brief nods and glimpses in the Amazon Prime series.

A notable difference in the series is the very heart of The Boys — Hughie Campbell, the mild-mannered character based on Simon Pegg. Hughie is a well-meaning, but spineless kid who joins Butcher’s team after A-Train accidentally kills his girlfriend. However, he’s more assertive in the series than the comics, and by the end of Season One, he managed to break free from Butcher’s emotional manipulation. He’s also in love with Starlight, the newcomer among The Seven, and he finds about her true identity quickly and casually in the series, where it took forever to do so in the comic books. It’s also a bit of shoddy storytelling that he couldn’t deduce that she’s Starlight, considering that he’s one of The Boys, but we’ll consider it an unintentional weak point within the narrative. 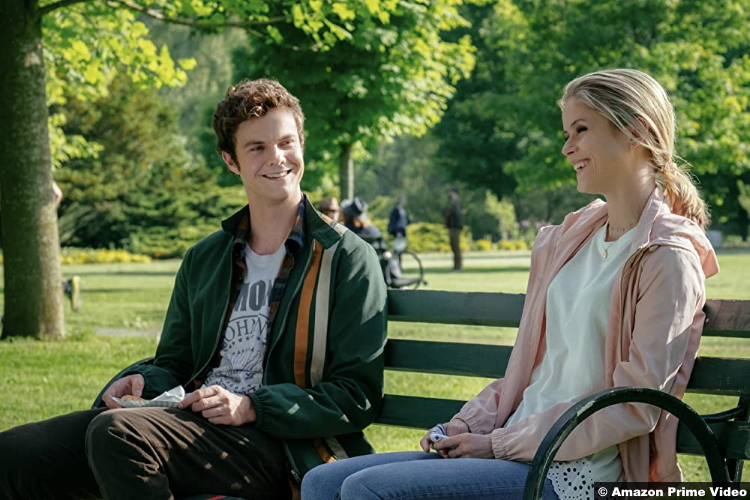 Starlight in the series is a more proactive version of the comic book character that doesn’t take too long to stand up to Vought and the rest of the team to keep her idealism and dignity intact. But that’s not the case in comic books. She was sexually harassed by The Deep in the series, who’s actually a meathead version of DC’s Aquaman. This does occur in the source material, except The Deep was nowhere to be found. A-Train, Homelander, and Black Noir were the ones who took advantage of Starlight’s newly initiated status to take perverse sexual advantage of her. Unlike the cocky and self-absorbed version of the character in the series, The Deep from the comic boos was actually the most mature of The Seven. 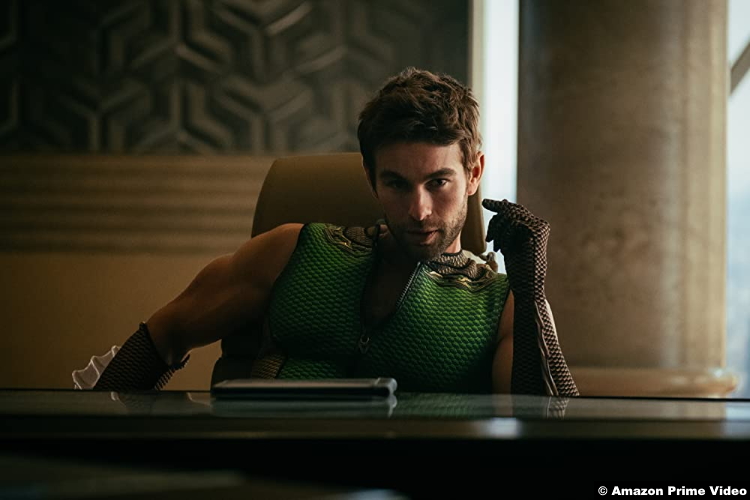 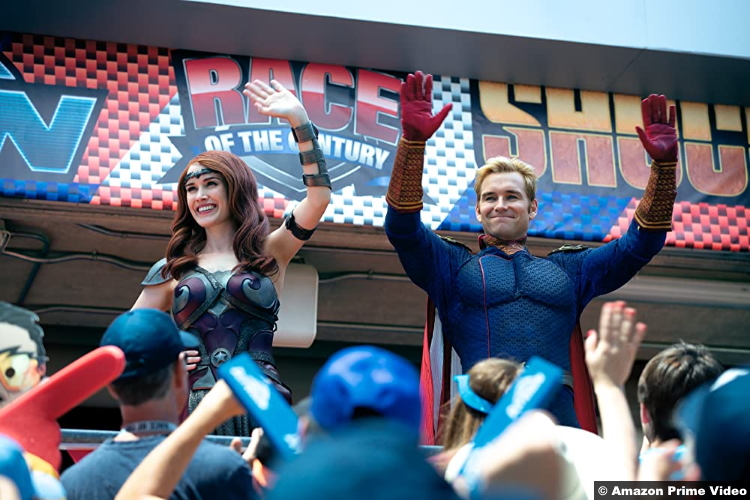 Speaking of Homelander, his brattish and childish desires to be taken seriously are amplified in the series, where he’s depicted as cunning and unpredictable, on top of being a spoiled brat version of Superman. Admittedly, he’s calmer in his threats and manipulation and doesn’t throw tantrums like in the comics. And he also has a sexual relationship with Madelyn Stillwell in the series — while in the comics her counterpart was James Stillwell, who was an emotionless and sociopathic executive.

The greatest shocker of all is Butcher’s motivation to end the Supes. His wife, Becca, was raped by The Homelander in the comics and died giving birth to his child, who literarily burst through her abdomen, a-la-Xenomorph-style. However, The Boys Prime series kept her alive and hidden by Vought, as she raises her illicit child with the Homelander, without even his or Butcher’s knowledge. At the end of Season One, both Homelander and Butcher discover Becca is in hiding. Throughout Season Two, Butcher reconnects with his wife, planning to eliminate Ryan, the son that she has with the Homelander, while the psychopathic Vought-created boy scout wants to train his son to be just like him. 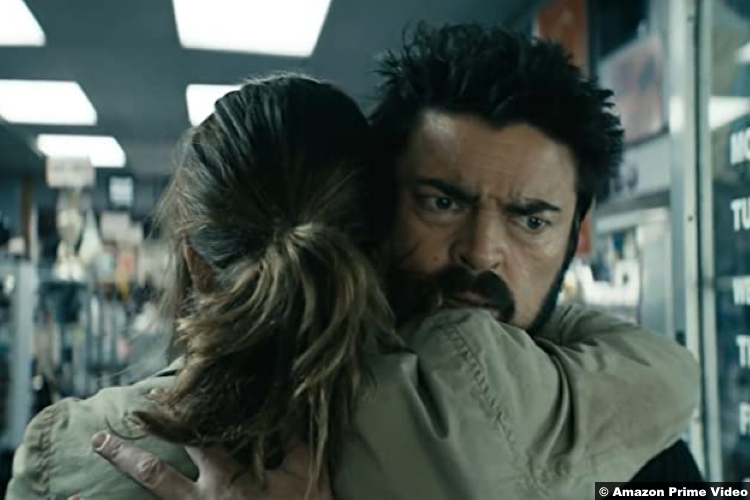 That was an interesting twist that toyed with Butcher’s motives against Supes, but by the end of Season Two, Becca gets caught in the crossfire between Stormfront and Ryan and eventually dies of blood loss in Billy’s arms, pleading him to take care of Ryan and protect him. However, filled with anger and pain, he contemplates killing the boy. In the end, the boy goes away with other members of Secret Service into hiding, with a warning from Butcher telling him to “not be a d*ck” followed by “or else…”

It’s quite evident that the show departs from the original narrative with each episode, despite keeping the basic premise as is. The series depicts superheroes as being narcissistic psychopaths as a result of their upbringing by Vought and the modern hero worship that’s pervasive in American society.

Another smart idea regarding superheroes and corporations that sponsor them, and this was evident in the flopped 2014 reboot of Robocop, is that corporations own these heroes even after they die — Ennis’ cleverly worked this concept into the narrative, with Vought owning the superheroes’ image, likeness, and even their corpses. Apparently, the almost-magical properties of Compound V can revive the Supes, even at the brink of death or after extensive brain damage. This idea was Ennis’ clever nod to the common trope in American comics of superheroes never dying, whether through cleverly placed LMD’s or Super Boy Prime re-creating the multiverse, superheroes always find a way to skirt the throes of death.  And in the Boys even after being battered and bruised by Butcher and his team whether it’s ego or just too much compound V in the system, the supes don’t stay down too long.

While the narrative separates itself from the source material with every new episode, The Boys television show definitely captures the darker elements of the comics, with the truly gruesome and disturbing details being retained in the pages of the comic book series — for the sake of mass commercial viewing. This isn’t necessarily a bad thing, considering that the cinematic adaptation of Chuck Palahniuk’s Fight Club ended up being a very different story than what transpired in the novel, and it managed to gain a cult following, albeit 15 years later.