Okay, before we get into how people disappointed me this week, I have an administrative note about the title. Some sources list the title of this episode as “This Will Not Be Forgiven.” However, I’m going with what my TV said, as well as the Hulu listing. Now, moving on.

When we last left the show and more specifically, Jenny, last week, it was grim. Dhruv had caught her in the lab. This was just after she’d told Ren that the Bhullars were selling contaminated drugs. We’ll get back to that shortly, but first, let’s rejoin the fight. 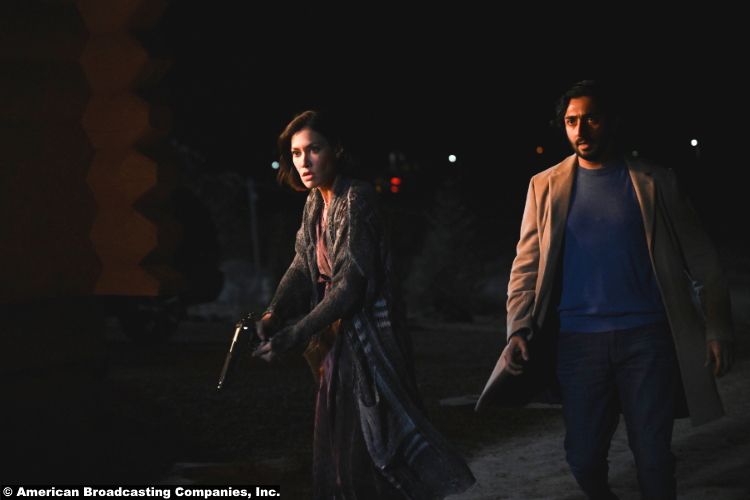 It’s actually over pretty quickly. Despite Dhruv’s obvious size advantage, he’s no match for the massive cloud of fentanyl powder that Jenny hurls at his face. She manages to escape before the Bhullars discover her but ends up forcing a confrontation with Travis, trying to get him to leave with her. Jenny, he is not thinking about you.

I mean, yeah, he cares about her. (And again, more on that later.) However, his vendetta against the Bhullars, particularly Veer, swamps everything else. On that note, he’s not the only one with a vendetta against the family. Hayden Ford (Keara Lloyd) shows up at Dewell & Hoyt, seeking help finding her father.

As we discussed last week, Richard is avoiding facing his grief by becoming a full-time anger monster. To that end, he’s left a path of hurt and destruction through town as he tries to ferret out who sold Mason the tainted drugs. First, Lindor and Jerrie, who are handling the case, find a friend of Mason’s tied up in the Fords’ storage unit. He’s the one who tells them what Richard is looking for. He also tells them what he told Richard, that if you’re trying to find drugs, then your best bet is The Boot Heel.

That fine (?) establishment is, of course, the property of one Dietrich. When Jerrie and Lindor visit him there, they find the staff in the process of cleaning up Richard’s mess. In his anger, he just trashed the place. As you might expect, Dietrich is pretty mad about it. He also claims to have no idea where Richard would go next. And I mean, why would he?

It’s a returned Cassie who gives them the best lead. She likes being around places that remind her of her father, so she imagines that Richard would do the same. He would seek out a place to be close to Mason. And she’s correct because they find Richard at the place where Mason died. Denise has accompanied them, by the way, because she’s so familiar with the family.

Richard promises that he’ll get in touch with Hayden. They take him at his word, but I find it troubling. The way he’s talking is concerning to me. It doesn’t sound to me like someone who’s going to go home and cope. It sounds like someone who’s given up, someone who feels like they have nothing left to lose. I thought, in fact, that he might take his own life.

However, we don’t find out this week what he has planned. When Hayden stops by the detective agency to inquire about her dad, Denise realizes he never went home. We last see him at a Bhullar construction site, where he’s stopped by with a gun. There’s an info gap in between his town rampage and how he found out it was the Bhullars, but I’m sure everything will become clear. 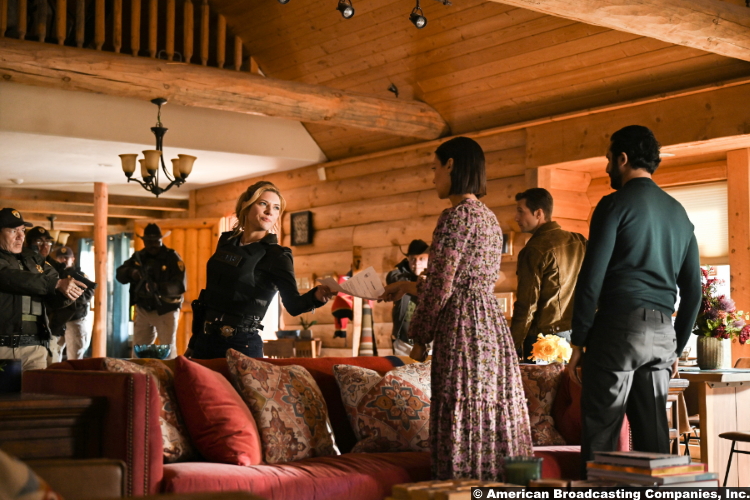 As for the Bhullars themselves, the loss of Dhruv just comes as another blow. As I said, before they find him, Ren is telling Jag that someone’s been cutting their product with something. They send Donno and Tonya on a fact-finding mission that sees them threatening their street-level dealers with a choice between–you guessed it–the (poisonous) muffin or the hammer. Despite their interrogations, though, they can’t find anyone who will cop to adulterating the pills. All of them claim that they sold just what the Bhullars gave them.

When the siblings confront their cook, he admits that the call is coming from inside the house. But, he tells them, he didn’t just cut the product for his own interest. He claims that Veer told him to do it. And you know what? I could believe that. I don’t know why he’d do it. If he’s in such a tenuous position, as he described last week, then I don’t know why he’d jeopardize the thing that keeps giving them money. But people make weird decisions, especially on this show.

I just feel like he’s not being completely honest about everything. And as for Alicia, she seems to be orchestrating things to where Ren will end up as the heir. Last week, of course, she basically encouraged Ren to think in those terms. This week, she shares with Veer a dream she had in which his child would kill him. He’s like, my kids are gonna kill me? She makes it clear, though, that she said “child.” It’s Jag, she says, that will be the biggest threat. So what exactly is her endgame? 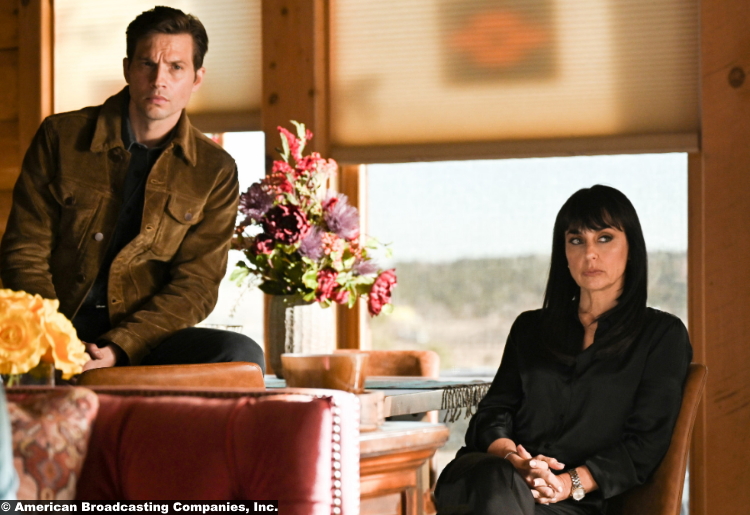 Speaking of endgames, Veer has one in mind for Jenny. She’s being very careless in a way that, while common to this show, is so annoying to me. Like, she convinces Tubb to raid the lab. It’s clean, no duh, but she just has to have an exchange with Ren where she essentially taunts her about killing Dhruv. She doesn’t actually say it, but it’s clear that Ren understands what she’s saying.

And once Ren is complaining about how annoying she is, Veer tells her simply to terminate the problem. He assigns Travis and Donno to take care of this. Travis is conflicted about it, so how will he weasel them out of this mess? (I assume Veer means kill her unless Donno is just going to have a strongly-worded conversation with her.)

8/10 – The Bhullar family and their secrets continue to be compelling. Jenny continues to make me want to holler at the moon.

This is the last of Big Sky for the month; it will return on May 5th because of…reasons. Ask ABC.