With the hiatus, I almost forgot where we left off. Ah, yes, everyone was a gold-plated dummy. I’ll consider this episode a success, mostly because it didn’t result in my screaming (about how everyone is a dummy).

But first, dummy moves. As you’ll recall, Lindor was poking around Wolf Legarski’s property. Now this week, Legarski catches him almost immediately. Lindor wants to see the enclosure (where unbeknownst to him, Legarski has been keeping Ronald). Legarski lets him look and also locks him in there for a minute. This episode was overall an improvement on the last one, but I gotta say that that was a dummy move. 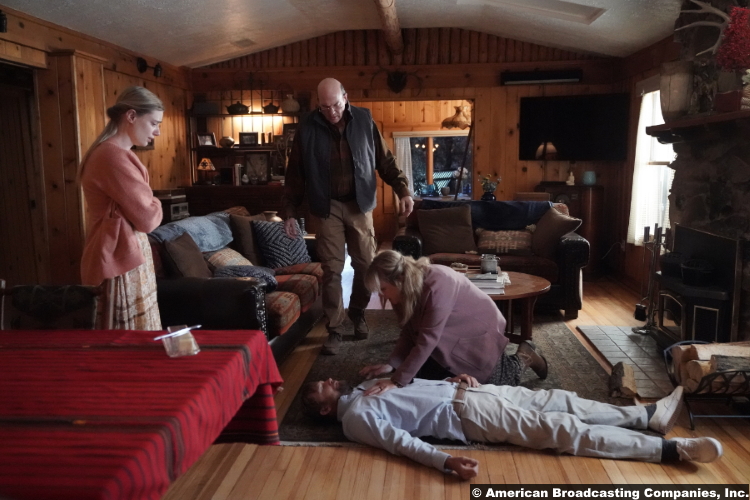 Ronald isn’t there–he and Scarlet are temporarily hiding in the house–but that’s not the point. My point is that Lindor is already suspicious. So why do something so wild that’s just going to make him more suspicious? In addition, in general, it’s stupid to play games with federal agents. You do that and they tend to come back with friends.

Of course, now I’m wondering if Lindor even is a Marshal anymore. He sure seems to have a lot of leeway. Like, is there no boss wondering why Lindor isn’t working some other case? Then again, I realize I have no real concept of how much time has passed since Ronald escaped. Also, everything I know about US Marshals, I know from Justified.

At least the Legarski/Ronald plotline seems to be going somewhere finally, as Ronald escapes from this place. I thought we were going to be in this storyline forever, but all it took was the reminder that Scarlet has a child to get her on board. I know she’s a bit odd, but I still find it hard to believe that she believed her daughter was somewhere on that property. Like, you’ve seen no other people and the land’s not that big. Where did she think the girl was?

Anyway, moving on. The children aren’t as foolish this week as they have been. I’m not saying they make the most brilliant moves, but they’re doing the best they can. They’ve been playing this whole situation by ear the entire time, though. This time, however, I can’t think of anything they could do better. 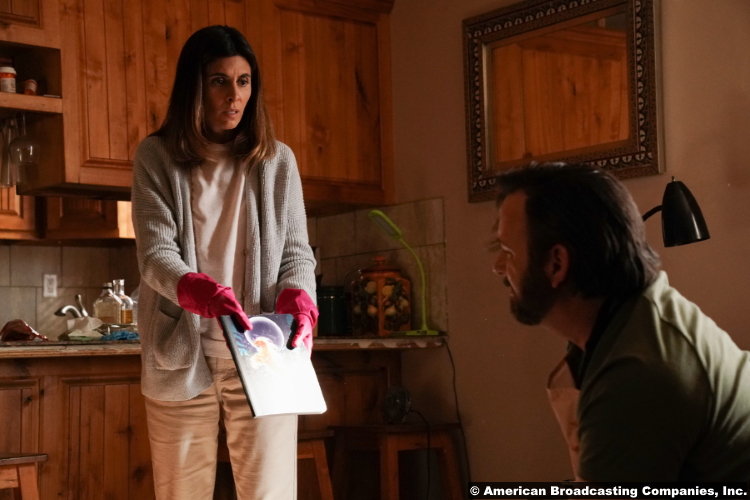 I’m speaking, of course, of the whole Creary mess. After his run-in with Harvey, Creary’s stab wound didn’t miraculously heal on its own. But while I can understand why the kids would help him, I don’t understand his whole deal. I was going to say that I didn’t understand why he didn’t just go to the hospital, but I guess he’d rather not explain that he got stabbed by a cop.

Still, though, the reveal that he was Seth’s father didn’t really have the impact that it should, mainly because we have no idea who Seth is, only that he drowned as a boy. Like, the revelation is that he’s trying to protect them because he couldn’t protect his son, but did they know his son? Is there a connection here? Dunno.

Meanwhile, Cassie helps Jenny look for Travis. Checking out Dietrich’s bar, they don’t find the men, but they do find Smiley’s hand in a (little) box. The box is addressed “TO THE LIAR” so I think it’s a safe assumption that it’s from Ren and Donno. As for them, they’re doing their usual thing. You know, Donno’s cleaning up crime scenes while Ren is playing verbal games with locals, like Jenny. 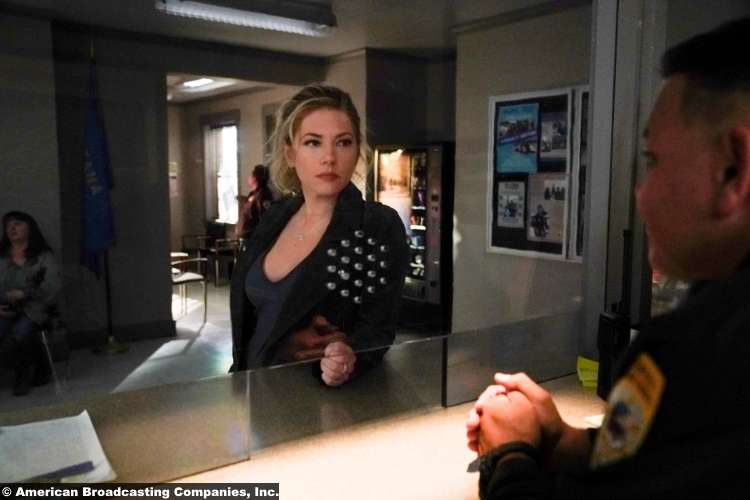 Tonya, who is now in Ren’s employ, is also trying to get in her good graces by convincing her to buy a ranch. However, it’s the same ranch that Joseph wants to buy, so that’s going to lead to trouble. Not that Ren doesn’t already have enough trouble as it is. She doesn’t know this yet, but Jag and Dhruv have made it into town. Great, just what we need–a family conflict on top of the rest of this mess.

At the same time, Travis is still with Dietrich. They’re supposed to meet Smiley, but for some reason, he doesn’t show. Tracy, alias T-Lock, is finding out that reason at the same time Dietrich and Travis get to Smiley’s house. Dietrich immediately thinks Travis did something to Smiley, but that’s irrelevant when they hear Tracy making noise in the house. He tries to evade them, but as we know, he’s an idiot–that hasn’t improved or changed. So they kidnap him and put him in an enclosure in the ground–a little box, if you will.

8/10 – Again, this episode didn’t make me holler, so I’m going to judge it pretty well on that alone. Also, I’ll give it extra credit for doing something different with Ronald’s storyline. Finally.