Well, that plan worked perfectly. I’m sorry; I’m being harsh. I can’t say what I could have or would have done any differently or better.

It’s just that everything ends–or cliffhangs, really–in a spectacular failure. I’m sure they’ll figure out how to turn this all around. But at this point, it looks like Max might end another season by sacrificing himself. 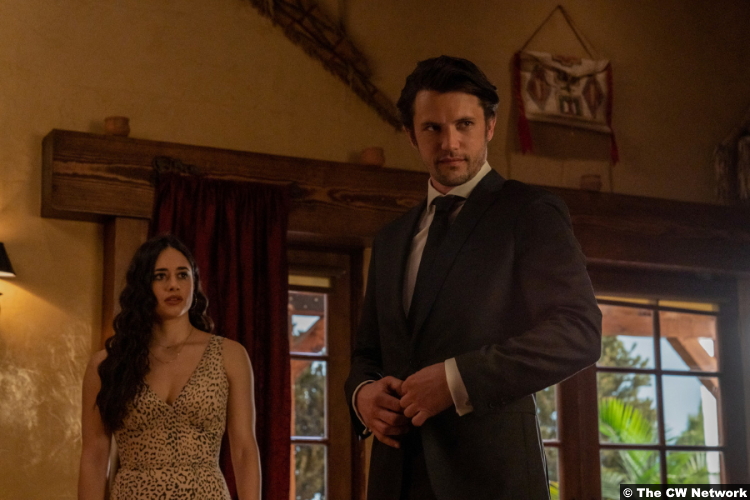 But of course, it didn’t start out that way. They started with big ambitions. They even got Rosa out of the pod. (I assume now that when I don’t see characters that it’s because they’ve been pod-stored.) Maria, however, is still not around. Maybe she’s recuperating?

Anyway, Jones has Liz and Heath at some mansion. Isobel later says that she once held a fundraiser there, so I guess it’s just some town building? I would wonder why there’s no caretaker or security or anything, but Jones probably mind-controlled them away. Or killed them.

On that note, Liz negotiates for Sheriff Taylor’s release by promising to help with the science stuff. Again, I’m sorry. Every time I even attempt to explain the thought process behind the DNA decoupling talk, it reminds me of MST3K: The Movie. Like, “Increase the Flash Gordon noises and put more science stuff around.”

So I’m not going to explain it, mainly because I don’t really understand it, anyway. And again, as I’m sure I’ve mentioned before, I have no idea if it’s even based on anything real. Basically, all we need to know is that they’ll use Noah’s ashes to create more alien spores (I think) and that will aid in the decoupling. And somewhere in there, they’ll maybe kill Jones. (Please put question marks after all that.) 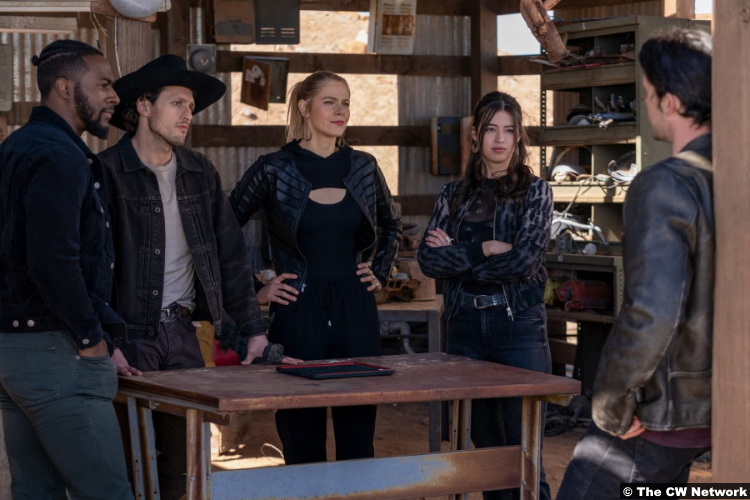 However, even though they mention in this very episode that Jones is always a step ahead of them, they still are surprised when he’s a step ahead of them. To that end, he does let Sheriff Taylor go, but he still mind-controls her so that she forces Dallas to come to the mansion. He does have the equations mind-locked, after all.

It’s really history repeating itself, as Dallas explains. His father enclosed a memory of how Jones forced Theo to help with the clone project. In a move that shocks no one, Jones gave with one hand (offering to heal Theo’s ailing wife) and threatened to take away with the other (putting a knife to baby Dallas’s throat). Yep, that’s classic Jones.

In the meantime, Rosa helps Isobel retrieve Louise’s own sword. Michael, for his part, constructs some power-dampening handcuffs. He also confesses to Sanders that he’s afraid of his own power, because he doesn’t want to become a tyrant like Jones. Sanders, in probably the episode’s best line, tells him that he couldn’t be like that because that kind of “darkness” isn’t in him. “You ain’t nothing but a pair of sad puppy dog eyes in a cowboy hat.” Further, he tells Michael that he ain’t Jones–he’s all Nora. 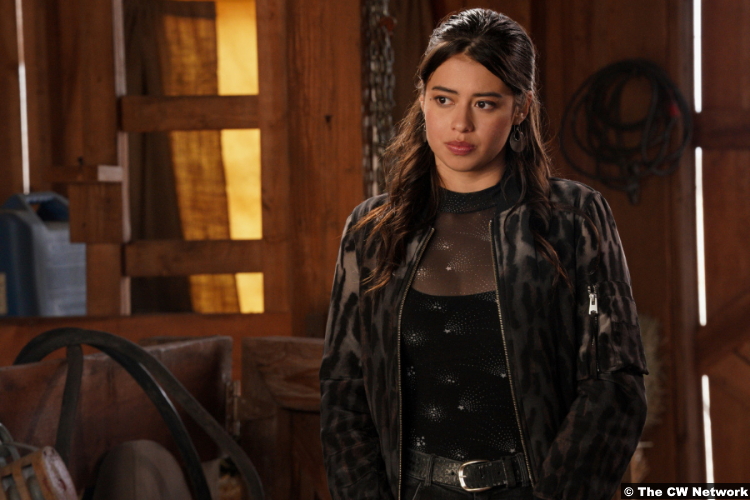 And Isobel is just like Louise, willing to take on Jones no matter how scary it gets. So she sword-fights Jones, which is good, because this episode needs some action. It is a lot of talking. I would prefer that to a lot of singing–ahem, Riverdale–but it doesn’t make it any more interesting to watch. Anyway, despite the cool fighting, it doesn’t work. And the handcuffs are a bust as well. I mean literally–Jones snaps them like they’re nothing.

You’d think at some point they’d remember that he’s a super-powerful alien overlord who razed a whole planet pretty much just because he could. But they never do, and that’s how and why they end up trapped in his mind at the end of this episode. Gosh, how are they going to get out of this one?

7/10 – As I mentioned, the dialogue-heavy exposition dumps are not compelling TV. It’s also just too weird that characters drop out of the storyline all the time. Like, I mentioned Maria, but with the stakes this high, where are Kyle and Alex? And no comment on the way the show is redeeming Wyatt Long, except to say that I am not very here for it. Overall, this episode just felt like filler, like making up problems to stall until the next two episodes, the two-part finale.

And now if y’all will excuse me, I must go listen to the Spice Girls banger from which this episode takes its title.