First of all, let’s get this out of the way: Where is Rosa? And Maria, for that matter? Or Gregory. You’d think they’d want to be a part of all of this, but it’s like the show stuck them in a pod.

Anyway, let’s move on. (A long history of reviewing Riverdale has made me bulletproof to plot holes.) When I watched this episode, I thought a lot about Sheriff Valenti. Not Kyle’s late father (or his mom) on this show, but the Sheriff Valenti on the original recipe series. 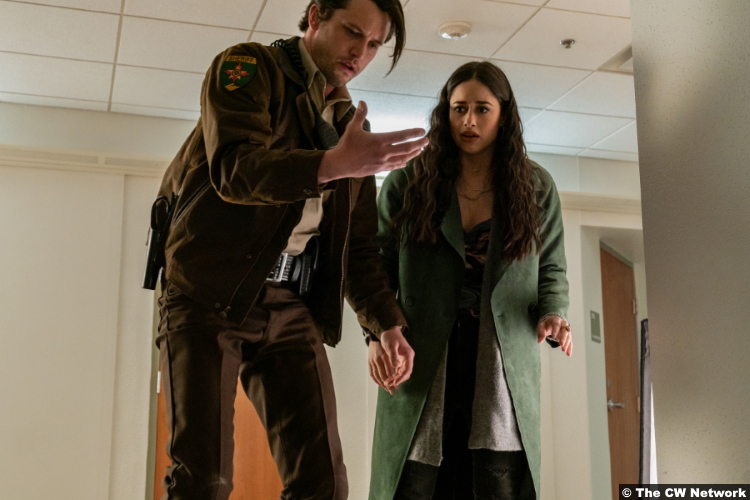 As the Wikipedia page for the show says, he began as an antagonist, but became a friend over the course of the series. I’m thinking about that, because Sheriff Taylor seems the same way. I wouldn’t say that she began as an enemy, though. She’s just by the book, and she’s going to get to the bottom of things, whether you like it or not.

And really, if we divorce ourselves from our feelings for the main characters, then we can see her point. A lot of weird, suspicious stuff has gone down. A reasonable person would have a lot of questions.

That’s also true, for instance, if you’re someone like Dallas. He’s obviously known for a long time that there was something different about himself, but it was easier to internalize it as something wrong. And again, he’s a reasonable person. So when Isobel and Michael come to him, talking about aliens and making things float (albeit in the shape of a cheerful smiley face), then his reaction is unsurprising. I’d probably get the hell out of there, too. 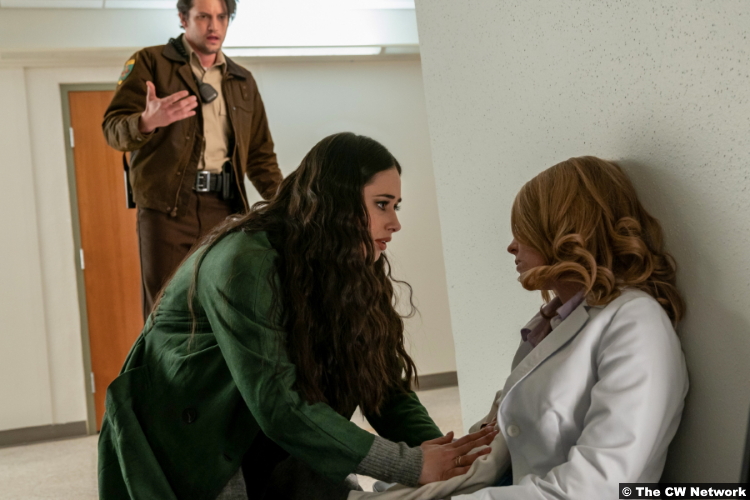 Luckily, they figure out how to come at him a different way. You know, by actually talking to him instead of scaring him half to death. I mean, you just told him he’s an alien and showed him the bad machine that’s been tormenting him all his life. It’s a lot to take in all at once.

But they do help him to take it in, at least as much as he can handle. They assure him, for one thing, that they removed the pieces from the Lockhart machine that were hurting him. And then they turn it on.

Theodore (Gavin Houston), whom we met in episode 8, appears. He’s Dallas’s dad, by the way. He tells his son, who’s now in tears–unlike me, a well-known stoic–that he’s basically implanted in Dallas’s mind the equation that will stop Jones. He also tells him that Dallas will be stronger once he’s found his “triad,” aka Isobel and Michael.

Once he gets that message, it’s like it activates the part of his head that stored that information. In other words, the equation just comes pouring out of him. Unfortunately, that’s not all his father gave him. He also told him that if they can’t use the equation to stop Jones, then Dallas will have to kill Max.

Doubly unfortunate: That looks like a stronger possibility than it’s ever been. Because while all this has been going on, Max and Liz are off on yet another hunt. This time, they’re still looking for Liz’s research, but they’re looking for Heath, too, because he took it. But again, it’s understandable. He thinks his childhood friend Dallas is dying. Of course he’d be desperate.

However, Liz manages to reach him in his desperation. She apologizes for how she used him and she offers him a better deal, a lifeline. He can join up with her to find a way to save both Dallas and Max. At the same time, he doesn’t have to partner with someone as evil as Jones.

It’s an easy choice, really, and Heath takes it. It does make me nervous when he leaves Max and Liz at the hospital door while he goes to get the car, though. I mean, we already know that Jones has been at this hospital. He could be anywhere! And uh, he is. 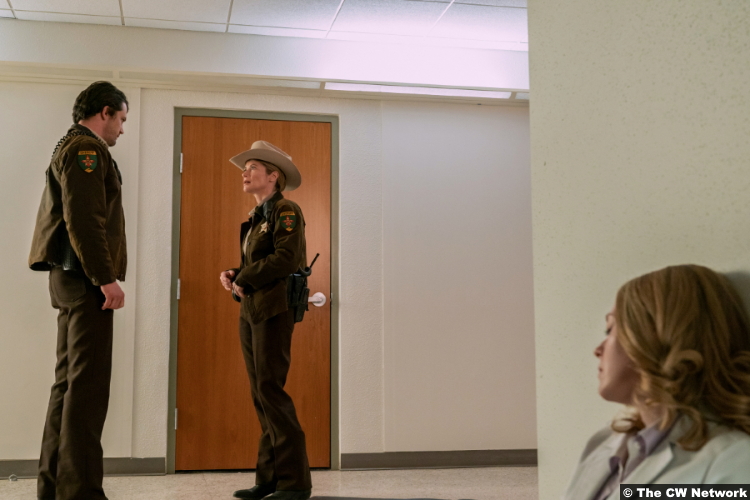 Because while they’ve been on a hunt, Sheriff Taylor has also been hunting. She’s looking for answers to the mysterious murders and disappearances that all seem to revolve around, as Max points out, a lightsaber. Her search has led her to the hospital, where she’s handcuffed Max. She’s right surprised then to come outside and see him again.

That’s because it was Jones all along. Or at least, for like, the last ten minutes. And now that he’s got his two wunderkind scientists together, he’s taking this show on the road, with Sheriff Taylor as yet another hostage. And suddenly, Dallas’s obligation becomes a surer thing.

9/10 – I mean, not really. I don’t think the show will really kill off Max. They might “kill” him like they’ve done before, though. I hope they don’t go back to that well, but it is out there. Anyway, this was probably my favorite episode of the season so far–it was honestly suspenseful in its final moments and the stakes finally felt dangerous.

Also, props to that extra who lay there in the hallway for multiple scenes.