Because, again, please do not ask me to explain any of it. I don’t understand it and it could all just be actual nonsense. At university, I got out of my one required science by testing out of it, and I only passed that by watching Hank Green’s YouTube series. 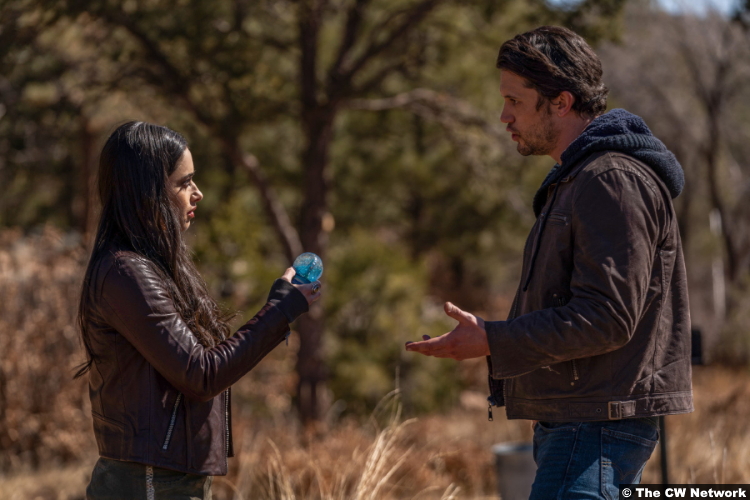 I say all that because Liz and Max, who’s now Max-ish again–please don’t ask, involves the pod–go on that long-delayed road trip. You know, the one they talked about when Max was a foundation-caked, backward cap-wearing, capital-y Youth. (PS: I love that Liz specifically mentions the backward cap, and I will consider it a shoutout to me.)

They’re going to Los Angeles so that Liz can retrieve her alien spores–sure–and the rest of her research. I’m not really sure what she needs all this for. I mean, I know the answer is “stopping Jones,” but the science is gibberish. I understood “endoplasmic reticulum”–the transportation of the cell–and that’s about it. Oh, also that Jones’s DNA or cells or something like that are falling apart, but she says it in a much more scientific way.

The main point, though, is that Max’s consciousness is back, but it’s in the wrong body. Liz has to do all that sciencey stuff to flip him and Jones back into the right bodies, so that Max doesn’t die. Yes, that means that Max is once again dying. Whew, poor alien.

And hey, speaking of poor aliens–fantastic segue–Isobel and Maria figure out that Nora must have been trying to communicate with other aliens who crashed in ’47. So they start looking for cases like Isobel’s and Max’s–kids with cloudy origins, basically. They find one, a kid who was found in a lake, but it’s slow-going. The kid was nicknamed Johnny Doe and they have little information to go on besides that.

While they’re trying to figure that out with Gregory’s help, the rest of the gang is also hard at work. Alex is trying to drive himself bananas by locking himself in with the Lockhart Machine. No one knows he’s doing this, and it’s only by last-minute intervention by Michael that Alex doesn’t end up flinging himself off a balcony. Then Michael takes the machine apart with his mind, removes the spy tech Jesse Manes put in there, and then puts the machine back together. Uh, should have done that from the start, probably.

Meanwhile, Kyle is awake and getting to know his new uncle, Eduardo. He tells Kyle that he promised Jim that he’d keep Kyle away from all this alien intrigue, especially since it ended up getting Jim killed. Jim was also a double agent at Caulfield, by the way. Good Lord, was anyone there an actual employee? Just Lockhart? Okay. 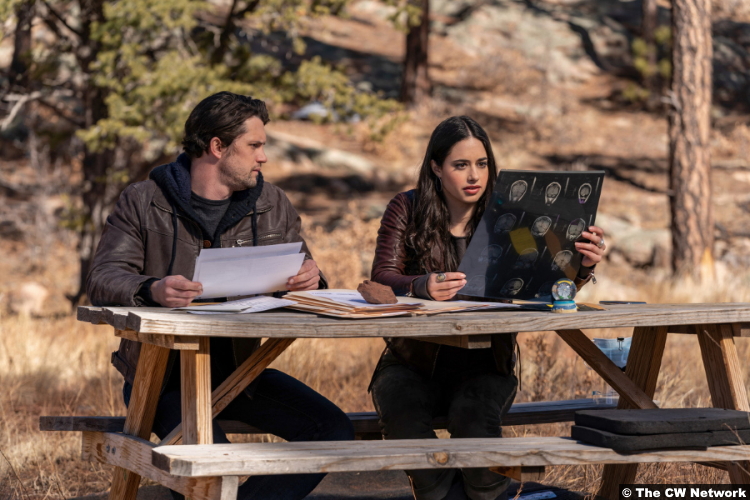 Back in Los Angeles, Liz’s spores and such are gone. Maybe-Max, which is what I’m going to call him until the bodies are reswapped, suggests that Heath, aka the only other person who knew about Liz’s research, stole it. But why would he do that? Well, it dovetails with what Isobel, Maria, and Gregory are finding out back home.

They find their Johnny Doe alien, who’s now actually a minister named Dallas (Quentin Plair). In their search for the real Johnny, they’d found out he had a close childhood friend. Unfortunately for their search, all they had on the friend was also a nickname: “Buckskin.” Jeez, did these nicknames also crash-land in the 40s?

Anyway, Liz and Max steal a bunch of Heath’s stuff. One of the things they steal is a brain scan. Heath always explained that he went into their line of work because his mom had a degenerative brain condition. However, Liz realizes that the scan is for a child. And in the handful of stuff they grabbed is a photo of two little boys: Johnny and Buckskin. Heath is Buckskin. Exclamation point. (He’s trying to help his alien friend, too.) 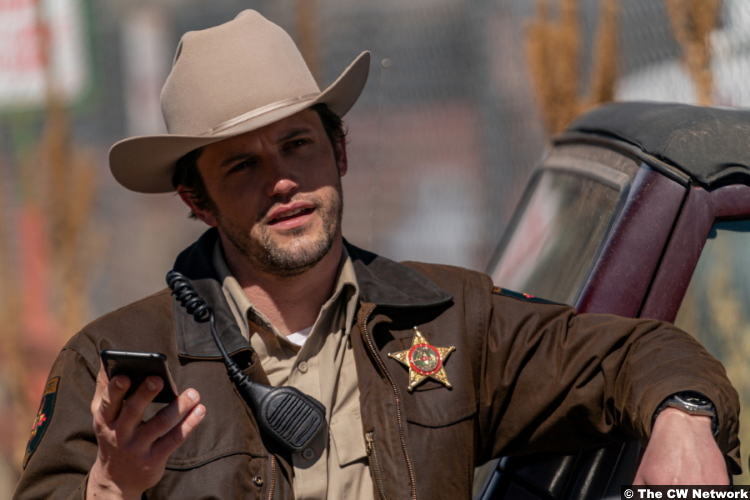 Also, Heath is probably the one who shot up Kyle with the paralyzing agent, because Heath is the one who created it. And I’m not sure why he did that, but I do know that it doesn’t bode well for him that he ends the episode with Jones. I know that because Jones says it’s a matter of life and death, and I know which option he’ll be taking.

8/10 – Like last week, the multi-pronged approach really worked for me. But, and I ask this knowing I’m a grade-A Hot Dummy, where’s Rosa? Also, another thing that made me brain-soft is that Isobel is now apparently going after Anatsa, the same woman who hooked up with Max and I’m just supposed to, what? Ignore that?