Now that’s a plan. Admittedly, last week’s escapade was less of a plan and more of a “I dunno, maybe try dosing him with alien suppressant.” Unsurprisingly, as you know if you watched the last episode, it didn’t work.

This week, they hit Jones with a multi-pronged approach. First, Alex fakes a bunch of military mumbo jumbo to get Maria transferred out of the hospital to a military facility. Wait, I’m sorry, I mean a “military facility.” Because really, they just take her to a barn so that Liz can figure out how to get her out of a coma. Mostly it involves me saying, “Liz, stop torturing that horse,” because everything she tries involves noises and sensations that are really upsetting to the barn’s chief resident. 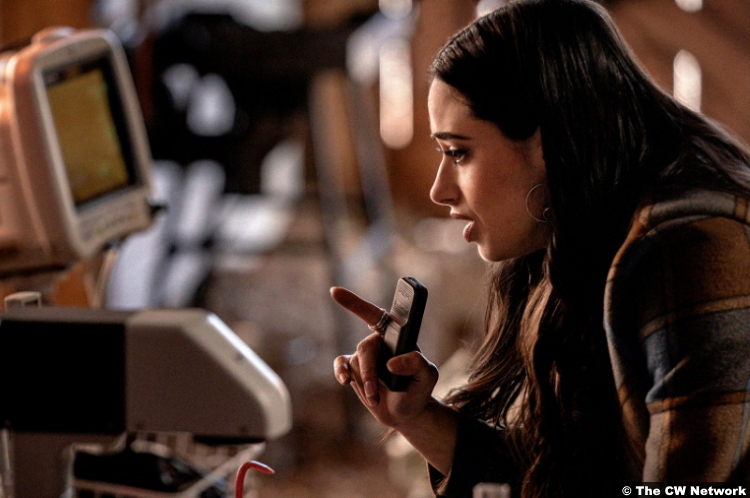 Anyway, while she’s doing that, Isobel and Rosa are going into Maria’s mind palace, so they can find Maria and figure out what Jones wants with her. This is extra fraught for Liz because if Maria dies while Rosa and Isobel are inside her head, they’ll die, too. Apparently. I don’t know the science of anything that happens and I will hiss if you make me try to explain.

Moving on! It turns out that the day Jones is interested in is a day that Maria’s grandmother, Patricia, was at Caulfield. In case you don’t recall, not only did they experiment on aliens at Caulfield, but they also experimented on regular folks. Unfortunately for Maria, her trip through her grandma’s past reveals that her grandmother actually worked at Caulfield. Later, it’s also revealed that she was giving people fake doses of whatever it is the Caulfield docs were administering, though. 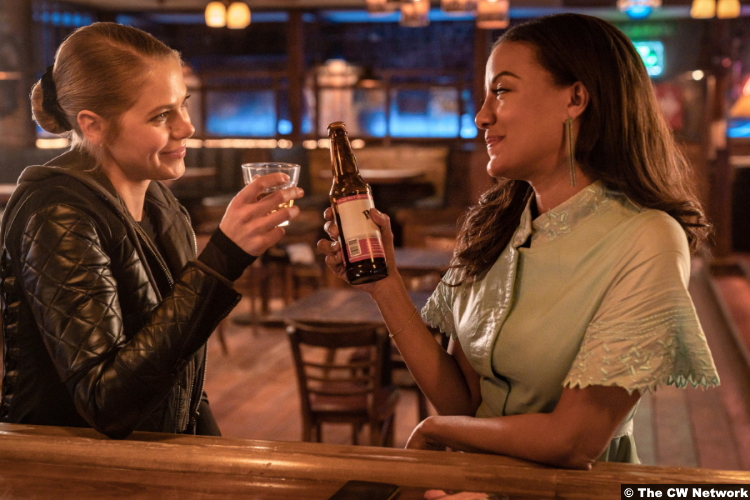 We find that last part out, by the way, when Maria-as-Patricia meets with Nora, who is, of course, Michael’s mom. In this memory, she’s also now a Caulfield prisoner. Nora has smuggled Patricia a piece of alien glass that she wants her to use in making a communication device. This is the last piece, but Theo, another Oasian, as I guess we’re calling them now, needs to put the finishing touches on it for the machine to work.

And welp, Theo’s dead. RIP, Theo. Incidentally, though, holding the glass in his proximity–or to be more specific, close to a symbol on his forehead–is enough to generate alien writing on the glass, so that works out. Just like in modern times, the radio in the room starts blasting that Ink Spots song, “I Don’t Want to Set the World on Fire.”

Maria starts putting the machine together, as Rosa dips out. Liz has figured out that as her younger/older sister told her, everything has frequency. She can use sound to solve the cellular problem binding Jones and Maria. (Again, I have no idea what I’m talking about and I don’t know if it’s even true. But it sounds good.)

Back in Maria’s mind palace, things look like they’re going to fall apart again. A Dr. Lockhart finds Maria with the machine, for one thing. He tells her that they all know she’s been giving the patients placebos, so he gives her a double-dose of the alien med and presumably steals the machine that now bears his name. Also, Jones picks just about that moment to show up. He and Isobel battle, but it’s really all a diversion so Liz and Rosa can wake up Maria. And while all that is going on, Alex and Michael steal back the pod. 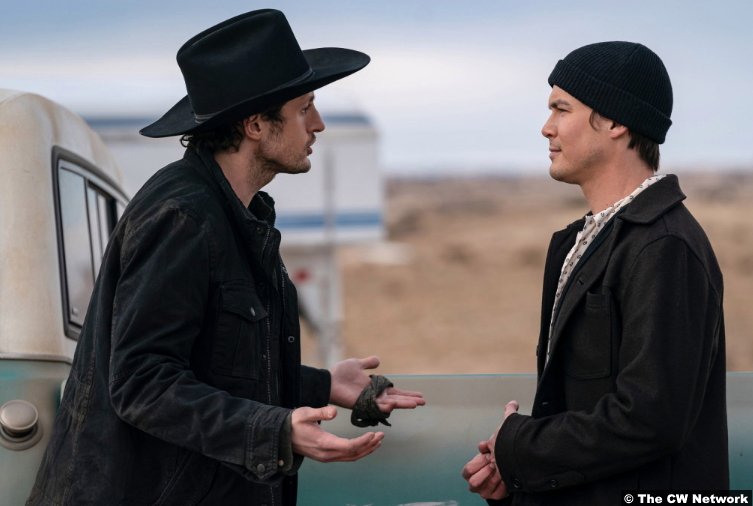 Michael wants to go in, basically guns blazing, but Alex talks him out of it. He tells him the story of how he let his anger get the best of him when he was in combat. Not only did he eff up a mission involving capturing a Taliban group, but oh yeah, he also lost his leg. (Off-topicish, but I have to say it’s refreshing to hear a character talk about an actual war that exists and not The Old-Timey War they’re fighting on Riverdale.)

So that’s where everything stands. Maria is out of her coma and they have Jones’s body. The multi-prong approach worked. Speaking of multiples, though, we also find out that Max was not the only clone. Jones is only immortal because he’d just pop out clones and then use their bodies, much like he’s doing with Max now. Louise and Nora destroyed the technology, so Max is the only clone left. Or is he???

That’s something to think about, I guess, as our Roswellian friends plan one more mission. Uh, besides the thing where Michael kisses Alex and calls it a mission. The new mission? Save Max Evans.

8.5/10 – This was much more enjoyable than last week, simply because they had a much more thought-out plan. But still, leave that horse alone.