Well, well, well. In the comments for last week’s episode, Gen predicted literally everything that happened and now I’m frankly a little afraid.

To that end, when Michael checks the pod, Jones’s body is still there. The only reasonable conclusion then is that he’s taken over Max’s body. You know, like Noah used to do with people.

So, they come up with a similar solution. Liz will make more of that alien-inhibiting serum and they’ll dose Jones. But how will they get him to take it?

Well, Gregory Manes is throwing a fundraiser for Maria’s medical bills–welcome to American healthcare–so that’ll give them an opportunity. As for the other Manes, Ramos is driving him out to the middle of desert nowhere. That doesn’t usually bode well for anyone, but it’s different this time. 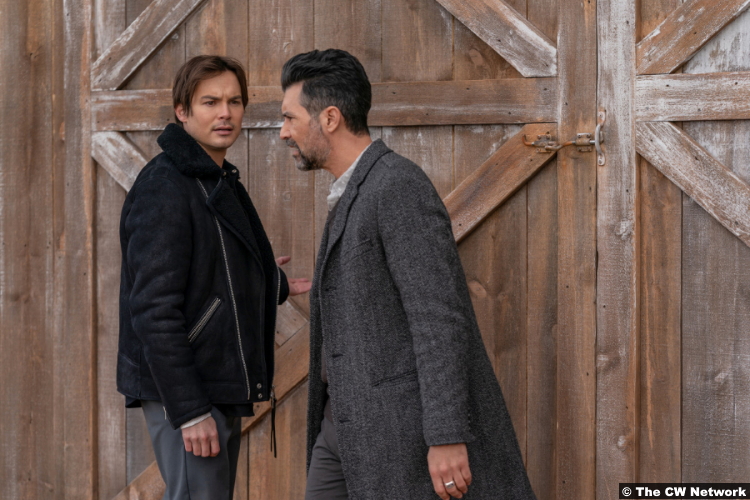 It’s because Ramos takes him to a barn where Kyle is lying in a hospital bed. When Ramos went out to Max’s, he saw those guys stealing the sword. He didn’t go after them, because Kyle–yes, his nephew–needed help. And he knows that this all has to do with alien stuff, because he knows that Max is an alien. Just like he knows that Alex was in love with an alien. Was? Is? It’s all the same, really.

The Lockhart machine came from Caulfield, where Jim Valenti spirited it out. It’s also really dangerous, as it’s radioactive, for one thing. So Ramos gives Alex a Caulfield file on it, so he can decide for himself if he wants to continue working with it. To sum up, though, Ramos knows just about everything. 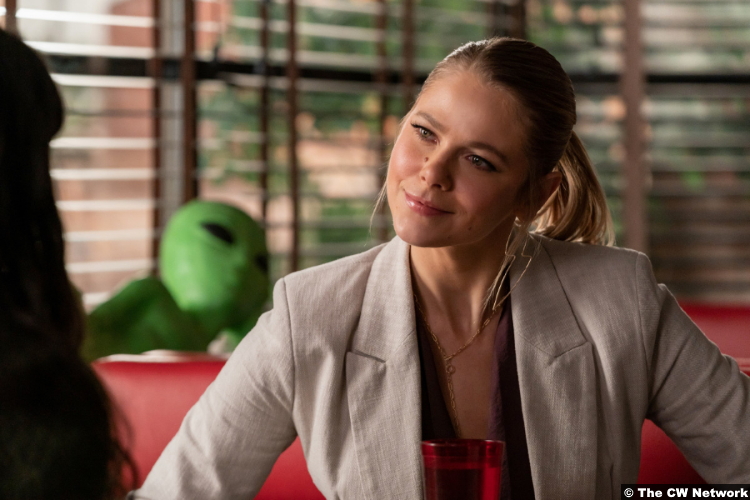 Boy, it sure seems like the rest of the gang could use his help then, huh? Because as it works out, their plan isn’t exactly foolproof. Yes, they get Jones to drink a lot. But will that be enough? Eh.

Before we get back to that, let’s talk about alien teenager Rosa. Yes, she’s not actually an alien, but she’s basically absorbed enough alien magic for it to be almost true. As such, Michael and Isobel have her use her special power–her super hearing–to find Jones’s sword.

Once they get out to the desert, it ends up being pretty easy. It’s just in a wall in an abandoned building. It almost seems too easy. Maybe they should have paid more attention to the way Rosa describes the sound of Jones. Not only does she say it’s awful, but she also says that “[I]t sounds like chaos and evil had a hate-baby.”

Meanwhile, they’ve left Liz all alone with him. And then she’s really alone with him, as she agrees to go back to Max’s house with him. I have to say, this seems like a development solely for plot reasons, because Liz is smarter than this. I know as the audience that we have our hackles up, but she should, too. She knows it’s not Max!

But I don’t know, maybe it’s the fact that he has Max’s face and she obviously still looooves Max that’s tripping her up. In any case, their plan doesn’t work. The serum has seemingly no effect on Jones. It could be because he’s much stronger than Noah. But really, it’s because he never drank it. He’s known all along that Liz was up to something, because she’s not as cool under pressure as she thinks. 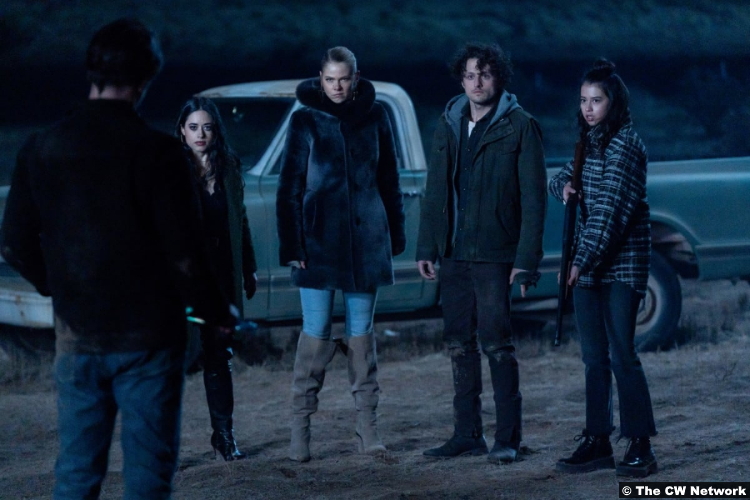 This leads to a confrontation in the desert, where we’re doing all our business this week, I guess. Michael, Isobel, and Rosa show up (with the sword) to face off with Jones. Surprisingly, it’s not the one-sided victory that I assumed it would be. Jones gets his sword back, which he later uses to murder that one racist deputy, but in the process we find out that, whoa, he’s actually the dictator. So yes, that means he’s Michael’s father. So that would make Max Michael’s clone dad? I’m not sure how that works.

And as Alex reads the Caulfield file, he finds out that it first did its thing on March 11, 1969. Inside Maria’s mind, a newly freed Jones forces her to take him back to that very day. He’s making her show him what happened then. So, uh, any guesses from my psychic readers on what went on?

7.5/10 – This wasn’t a bad episode, but I was really bummed out by how flimsy their planning turned out to be. I know they didn’t exactly have a lot of time to come up with a solid idea, but still. It felt half-baked all along.

Fun fact, though: This was Heather Hemmens’s TV directorial debut.