It’s kind of wild that I mentioned the “Close Encounters” sketches from Saturday Night Live last week and I have occasion to mention them again this week. That’s because we’re obviously talking about UFOs.

We’re talking about them, because an Air Force captain, Cassie Sampson (April Matthis), has reported seeing one. She saw some kind of strange craft and then it flew through her, bringing with it an immense sense of joy, just like the experience Cecily Strong’s character has in those SNL sketches. But I know what you’re thinking. Uh, why does the Catholic Church care about this? 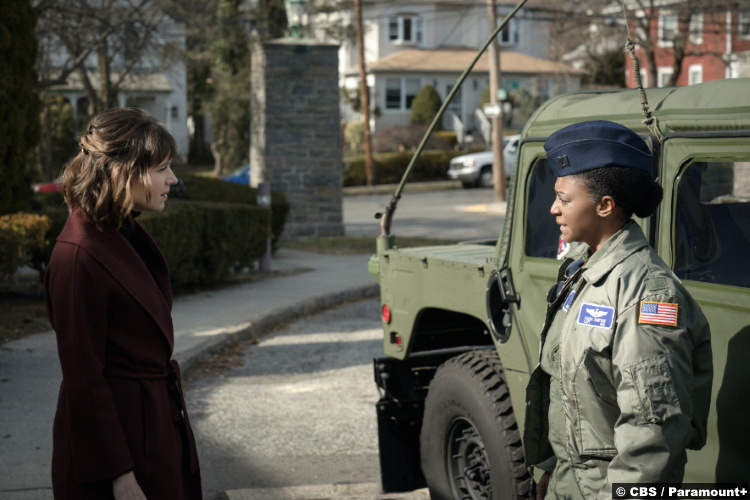 Kristen balks at this, especially in light of the comparison between aliens and the Indigenous peoples of the Americas. She shuts up real quick, though, when she’s asked whether she would give up her property or possessions for Native folks. They also shout out the Land Back movement, to which I can only say, I will take land at any time.

Anyway, the Air Force is maintaining that nothing unusual happened. Captain Sampson simply saw a satellite launch by CongoRun and it just confused her poor ol’ lady brain. Besides, the two other pilots who were up there with her didn’t see anything. However, this story quickly falls apart.

First, Kristen asks Brandon if CongoRun had even launched a satellite that evening. They didn’t. Further, Ben finds Asha (Malika Samuel), a young gal in Syracuse who also saw something weird in the sky that night. Finally, someone, probably one of the other two pilots, sends Ben a video of the incident. And boy, that flying object in the film sure is unidentified.

More folks from the Church descend on the parish. They question Captain Sampson in great detail about the incident, including asking her what it smelled like. They even haul out a smell-o-meter machine so she can match the scent. All this fuss leads Ben to one conclusion. As he tells David, “This has happened before.”

Then some guy claiming to be from the government shows up at Kristen’s house. I’m not sure why he goes to her, but okay. He tells her that Samson saw secret Russian technology, and the US government would be so thrilled if the assessors would just keep this a secret so the government can continue to observe it quietly. Uh-huh. 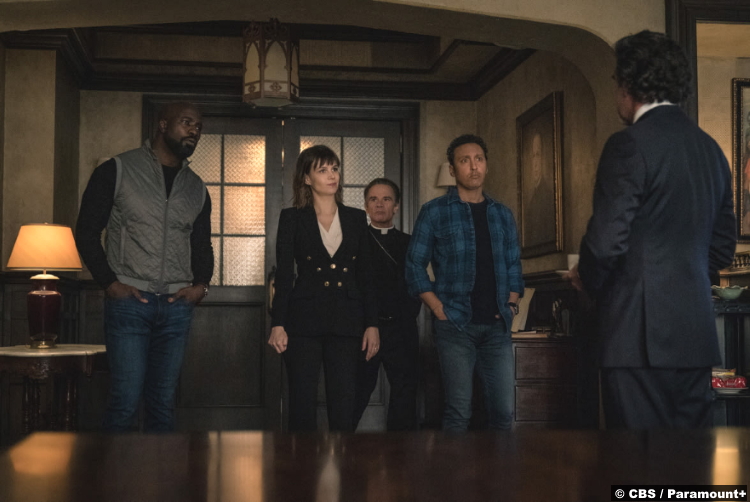 Victor LeConte (Brian D’arcy James), another guy from the Vatican, arrives. He wants to take them all–the assessors, Captain Sampson, and Asha–back to HQ for more assessing. However, he just happens to have a brochure from RSM Fertility in his briefcase, so David knows something is up. LeConte advises him to stop looking into the fertility clinic, which is not suspicious at all. It also just makes people really want to keep looking, which is what David decides to do. (Also, Captain Sampson and Asha end up recanting their stories after they’re offered incentives–a return to active duty and admission to MIT, respectively.)

In other news, Kristen is still not well. The video of her molly whopping that guy in the grocery store has gone viral. Sheryl’s made sure the girls have seen it and now at least one of them, Laura (Dalya Knapp), is acting out at school because of it. Andy’s going to go away again–to close the business–and he’s going to be gone for a month, so I have a feeling that Kristen will be running wild shortly.

She’s already asking David not to become a priest, which, of course, is exactly what Leland wanted her to do. As for Leland, he’s maybe planted some kind of disruptive device on David’s laptop. He’s also having trouble with his goat-man therapist, which is another phrase that no other show would ever make me type. 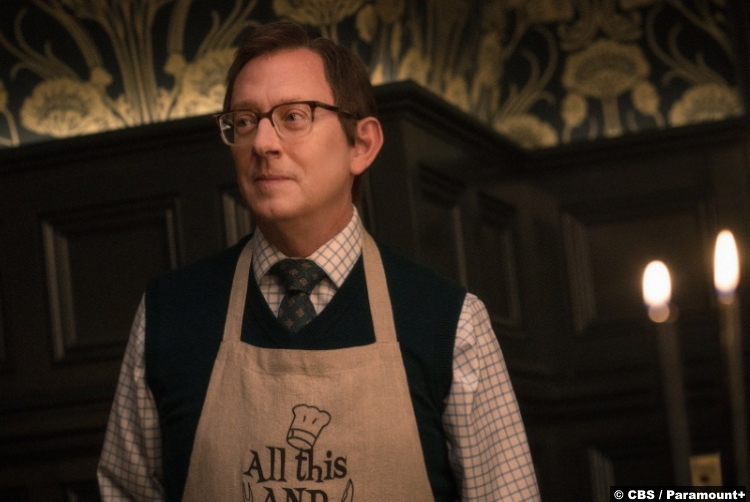 Basically, the goat-man doubts Leland’s commitment to the Dark Lord. Well, commitment and his ability to withstand multiple exorcisms, as well as anything else the Church requires of him. He demands that Leland give him blood, so Leland murders him, then makes him into a curry. And that’s another sentence I’ve never had to type.

7.5/10 – Like last week, this is kind of disappointing to me. I wanted more of the UFO story, which should be obvious. I’ve reviewed The X-Files, Project Blue Book, and Roswell, New Mexico here–I freakin’ love UFO stories. So I felt a little shortchanged on that. In fact, the episode as a whole felt scattered, as if the stories didn’t interconnect enough. We’re over halfway through the season and I still have no idea what’s going on with Kristen or her mom. And it feels strange to bring back the fertility clinic now, which I almost forgot about.