This week’s episode starts with a scenario that’s sadly become all-too-familiar, at least to those of us in the United States. It begins with a traffic stop that ends in death. You wouldn’t think this would be an issue for the assessors, but…this is Evil, baby!

Bishop Marx brings this case to the assessors, by the way, because the officer, Jim Turley (Corey Cott), believes that he was possessed. He claims that he saw the woman reach for a gun. However, after she was dead, the object he saw was actually a cell phone. 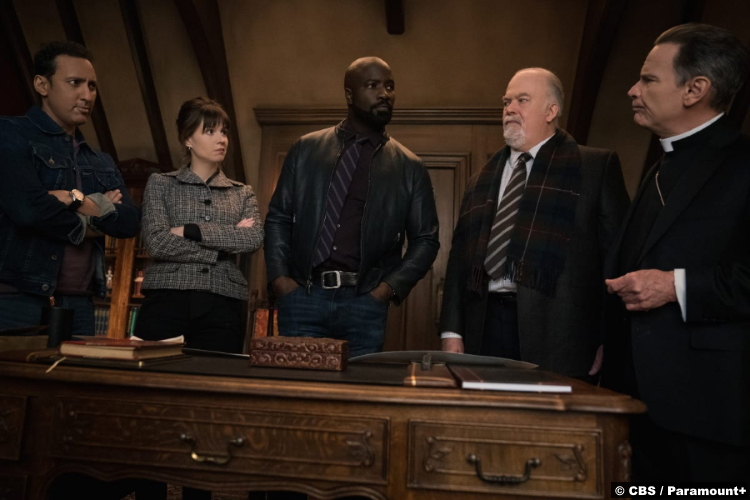 This is a bit weird to me on two levels. One, I also saw a gun when she first reached for it. Am I possessed? And two, for a person whose death is so instrumental to the plot of the episode, the driver is kind of an afterthought in this episode. I don’t even remember her name. Then again, that might be a commentary on how easy it is to forget those names.

Anyway, despite their reticence, the team agrees to look into the case. Unlike some people we’ve seen in this situation, Turley has no history of misconduct or excessive force. His children even go to school with the Bouchard brood. 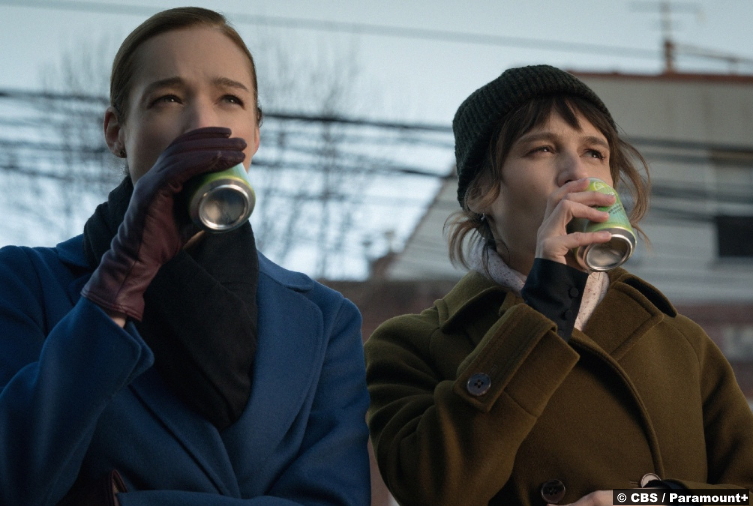 Right away, though, there’s a divide within the team. Kristen’s got her own experience with cops, which is to say, she has basically none. Or at least, none where she’s been on the uncomfortable side of a police interaction. And she does have her cop friend Mira (Kristen Connolly), who tells her how easy it is to be in Turley’s position–under pressure and terrified that the person you’re facing is armed.

On the other hand, Ben and David have plenty of experience with supposedly routine traffic stops. David’s had so many, in fact, that he uses an app to record his encounters. That’s how he recognizes the tattoo on Turley’s wrist, because David’s seen it before on a cop who pulled him over. Oh, and it’s also a sigil, like, from the map.

Doing a little digging, they find that it’s common to a group of police officers who call themselves the Protectors. They assume that it’s a gang within the NYPD. After all, it wouldn’t be unprecedented to have a gang within a police force. However, more digging reveals that the sigil is also related to a popular cop drama called Justice Served.

We do love our cop dramas, don’t we, folks? In fact, it’s kind of obvious here what the show is doing. Since we’ve begun our reckoning with the police in the United States, one of the conversations we’ve had is how our many, many police procedurals drive our view of the police.

Mick Carr (Fredric Lehne), the creator of Justice Served, shrugs this off, though. (By the way, Carr is obviously an analogue for Dick Wolf, right?) He’s only making what people want to watch. I mean, he’s not wrong. I say this as someone who’s watched every incarnation of Wolf’s Law & Order, every Criminal Minds episode, and whose heart skipped a beat when I saw a promo for the return of original recipe CSI.

Besides, the sigil isn’t even his invention. He says it’s something that’s been part of cop shows since like, Dragnet. All in all, it’s a pretty pleasant interaction. But it’s clear they’ve poked a hornet’s nest.

Because while their case is now over–a grand jury declines to indict Turley–someone clearly wants to send them all a message. To that end, both David and Ben are pulled over. Kristen, at home, thinks she sees someone in the yard. She thinks about calling the police, but she’s scared to, so she calls Mira, instead.

And then she takes her climbing ax and heads into the backyard herself. Sure. Also, I guess I’m going to have to accept that she did kill LeRoux. I came to this conclusion, incidentally, after she sees a manifestation of him out there. He taunts her about killing him and then she attacks him. Again, I guess. 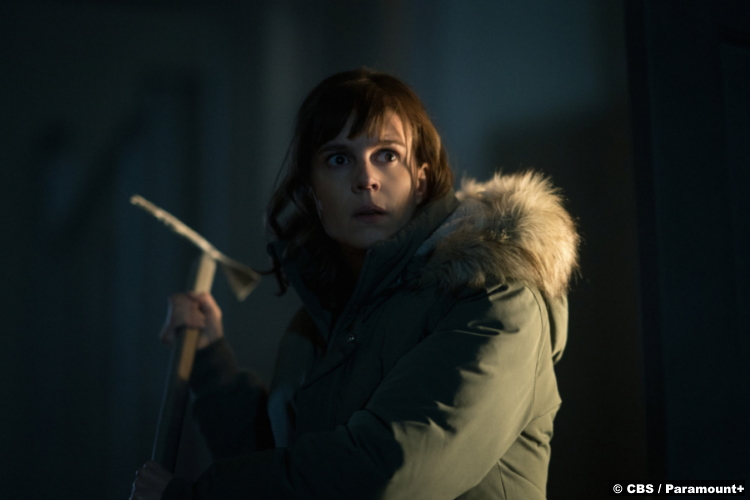 Mira and Anya (Jessie Mueller) show up to find Kristen writhing on the ground. Oh, and she has an ax with a serrated blade, just like the weapon that killed LeRoux. They bring up the fact that Lexis couldn’t corroborate Kristen’s whereabouts the night of LeRoux’s death. So Kristen tells them she’s guilty.

After excusing Anya, though, Mira tells Kristen to stop talking. Kristen is an upstanding citizen. LeRoux, on the other hand, was trash who needed killing. That’s just justice.

Oh, and don’t worry about this little police call. Mira will just say that they saw a Black guy in the yard, but they scared him off. Kristen sobs in response. Is it because she’s getting away with murder (for now)? Or is it something uglier?

7.5/10 – This was kind of a strange episode for me. I get the message it’s trying to send, but it felt a little dull-edged to me. I’m also still confused as to what Sheryl is up to, but heavenly saints above, her little ritual doll Eddie is creepy as all get-out. And uh, Ben’s involvement in gene editing probably has something to do with Ye Olde Haunted Fertility Clinic, huh?

Evil will not be back next week. It’s taking about a month’s break and speaking of saints, we’ll return with a trip to a monastery and a possibly sainted monk.

And yes, if you were wondering like me, because of the similar looks and names, Corey Cott is Casey Cott‘s brother.