Evil S02E08 Review: B Is for Brain – Disappointed…

Oh my, this was a strange episode on so many levels. First of all, there’s the case, which is a bit of a departure for the assessors. Typically, as regular viewers know, the assessors investigate cases with reported demonic or angelic connections. This time, it’s a bit fuzzier.

This time, they’re heading up to Cornell, or a reasonable facsimile, to check out the “God Helmet.” It’s a neuro-stimulating doohickey that enables you to see God maybe. (Please don’t ever ask me to explain the science of…anything.) As such, most of the people have reported some really lovely experiences. Most. 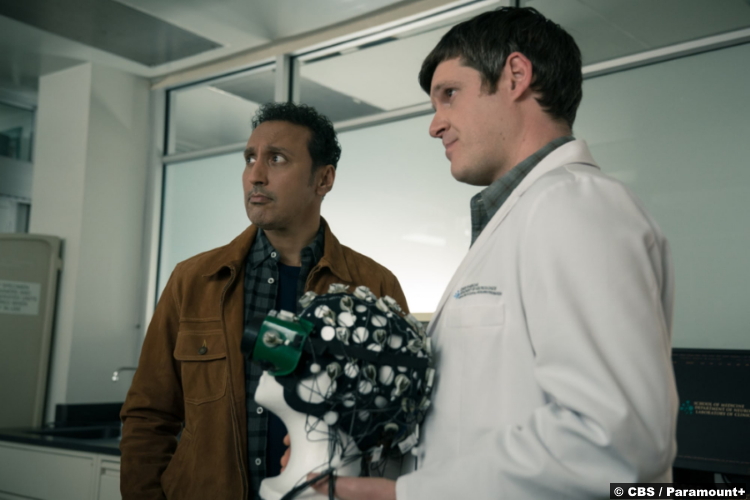 It kind of reminds me of the paranormal report sketches that Saturday Night Live does, like the “Close Encounter” one. I’m sure that’s geo-blocked for those of you outside the United States, though. A brief summary is that Cecily Strong and the guest host have a beautiful experience with aliens or whatever, while Kate McKinnon has a much more budget time before they unceremoniously dump her in a parking lot.

Concerning the God Helmet, however, that means that some people are seeing visions of what David describes as hell. So which one of the assessors wants to go first? Oh yeah, that’s something that Bishop Marx neglected to mention–he’s expecting the assessors to try it out.

So Ben goes first. And as you’d might expect, since so much of his arc this season has been about his guilt over disappointing his mother (by drifting from Islam), it’s her he sees. At first, the vision is fairly typical of a conversation with a guilt-tripping parent. Then some kind of entity comes after him and Ben screams his way out of the vision.

Gee, can I be next? Actually, it’s Kristen who goes next, but the doctor can’t seem to form a neuro-connection (or whatever–do not ask me). And that is not a surprise because there is a lot of weird stuff going on with Kristen. I mean lately, but especially in this episode.

For one thing, Andy (Patrick Brammall) has come home. I am trying to be sympathetic and objective toward him, but he’s just so bland to me. I will put that aside, though, as he’s understandably worried about his wife. First, Kristen has brought home the gags from the monastery, which she insists they wear while they have sex (so the girls won’t hear them). She also produces animal masks for them to wear. Also, while they’re doing the deed, some kind of weird slime blob falls from the bed (?) through the house. 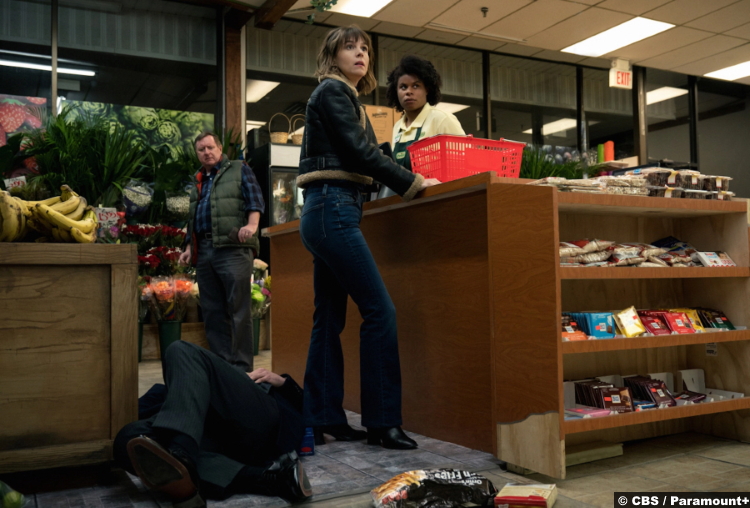 But that’s not the extent of it. At the grocery store, Kristen assaults a rude man who cuts in front of them. This obviously horrifies Andy. So he assumes that the stress of his being away is what’s at the root of this, so he proposes selling the business. He’ll take a job at REI, while Kristen will quit the God Squad and stay at home. Predictably, she takes to this like a duck to something that grosses out ducks.

Of course, the real reason Kristen is acting out, or one of the reasons, is her buried guilt over killing Orson. She pretends she doesn’t feel it, but it sure seems to be coming up and out. Because that moment when the helmet doesn’t work, doesn’t attach? That wasn’t real. That’s actually the first part of her vision. She visualizes it not working, so David has to step in.

In his vision, he sees her killing Orson. Then she goes to her therapist, who advises that she confess to David, so she can alleviate some of her guilt. When she shows up at his place, though, she finds Leland, who’s eating him. 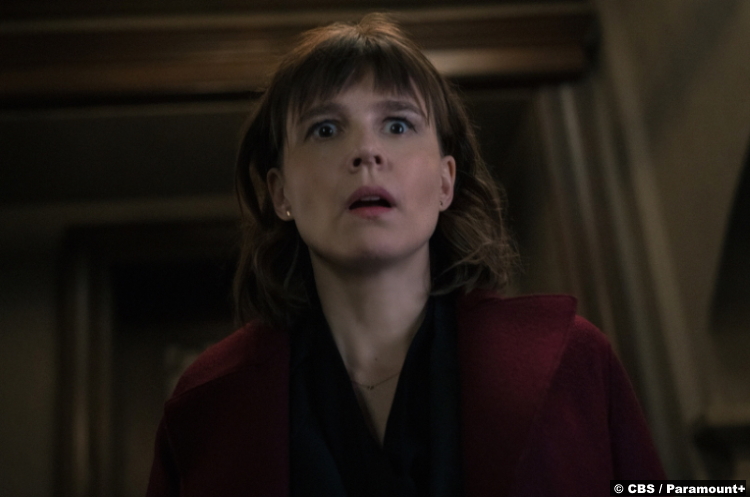 For his part, Leland reappears this week to threaten Sister Andrea. Since she’s awesome, she doesn’t give a single fig. She basically tells him to come at her, bro.

And she tells David, who saw no visions with the God Helmet, to stop trying to mess with his brain chemistry. Because now that he has, he has to start over at square one, meditating with the metronome app, in hopes of hearing God’s call. Meanwhile, Kristen is burning herself with a crucifix charm. Heaven help us.

7.5/10 – Anything was going to be a letdown after the last episode, but this was kind of a disappointment to me. Kristen’s still all over the place, but we don’t seem any closer to finding out why.