This episode is kind of unusual, as Evil episodes go. That’s because the assessor storyline shares equal weight with the b-story. In fact, the b-story is more interesting, at least to me.

But let’s start with the assessor storyline since that’s what the show is for. It starts in David’s seminary class, when Father Mulvehill’s back starts bleeding. My first thought was “Stigmata!” but it’s apparently not as exotic as all that. 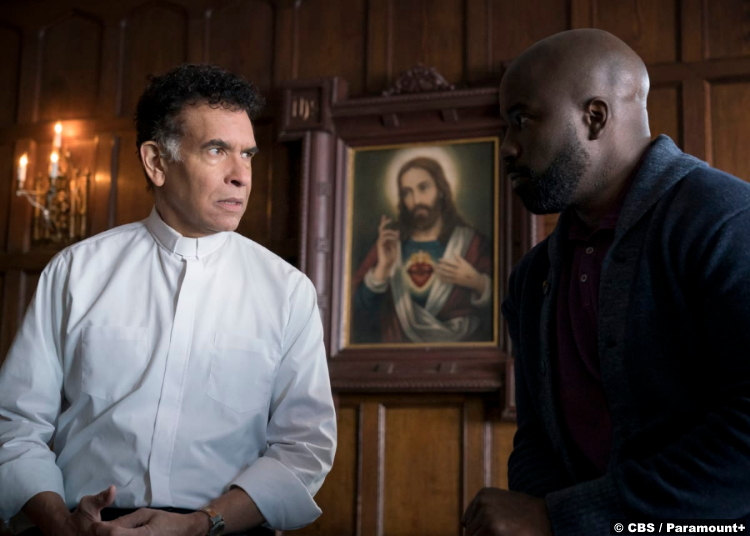 Mulvehill says that he fell in the shower. Uh-huh. It doesn’t take long, though, before that story falls apart, and he admits that the wounds just keep reappearing. David immediately goes to demonic attack, which is weird for me. Again, maybe I just watched too much Unsolved Mysteries as a child, or literally now, every day before I go to bed. But I would think they’d at least suggest stigmata.

Anyway, I guess it’s not all that strange when you consider that, as an exorcist, Father Mulvehill certainly has more demonic contact than most. So after a little back-and-forth, Mulvehill agrees to let David and the team conduct a secret assessment. It doesn’t take long before they come up with a simple explanation. It is a demon, but not the usual kind.

Father Mulvehill used to struggle with an addiction to gambling. Recently, he’s fallen back into his addiction. Ben says it’s not that surprising, especially when you look at his browser, which is teeming with ads for online gambling. He explains that our social media and other online activity feeds the profiles that decide what ads are shown to us. That’s not great news for Kristen, though, who’s being targeted with a lot of “Hey, babe, why not step out on your husband?” ads. Also, the ifrit is still appearing to her. 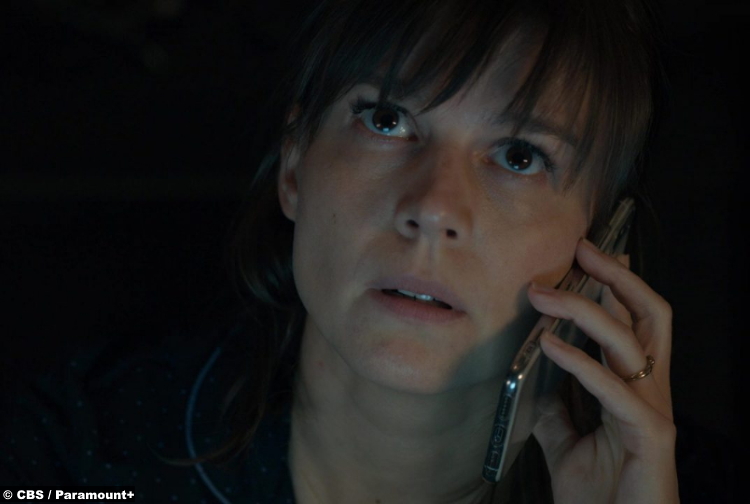 And it’s not really great news for Mulvehill, either. He’s hiding the extent of his return to his addiction. Actually, he’s hiding it to the tune of $40,000, which is what he owes a bookie. In addition, as Ben learns, Mulvehill is in contact with Leland. He agrees to play along with a fake exorcism for Leland. It’s unclear, though, what strings Leland’s pulling here to make the priest dance.

David, of course, has seen enough at this point not to trust the process. To that end, he enlists Sister Andrea to sit in on the exorcism. Leland is a real card for most of the experience, but he freaks out once Father Mulvehill has to tap out and David takes over. Once David hits him with the holy water Andrea gave him, it burns Leland, who runs out of the room.

David thinks Andrea has a real gift. While it’s true that she seems to be much more competent than a lot of others at the rectory, the exorcism show is all smoke and mirrors. It wasn’t really holy water–it was ammonia. (As for why everyone wouldn’t immediately recognize the smell of ammonia, Robert King himself explained that the area for the exorcism would have been cleaned beforehand. If it were cleaned with ammonia, which seems to be in regular use at the rectory, then no one would have noticed the difference.)

Meanwhile, there’s the B-story, which involves Bouchard daughter Lila (Skylar Gray). She and her friend, next-door neighbor Alex (Gloria Manning), love to watch zombie stuff. So when they see zombies outside, you might think that their imaginations are running wild. As with Father Mulvehill, though, it turns out to have a simpler explanation.

The “zombies” they see are, like Alex’s dad Brandon (Francois Battiste), just employees of CongoRun, an Amazon-alike. The company works their employees into the ground, where they’re so tired that it’s all they can do just to shuffle along. The blood that the girls find? Oh, that’s because the employees are so overworked that they don’t even have time to change the bandages on their battered feet. 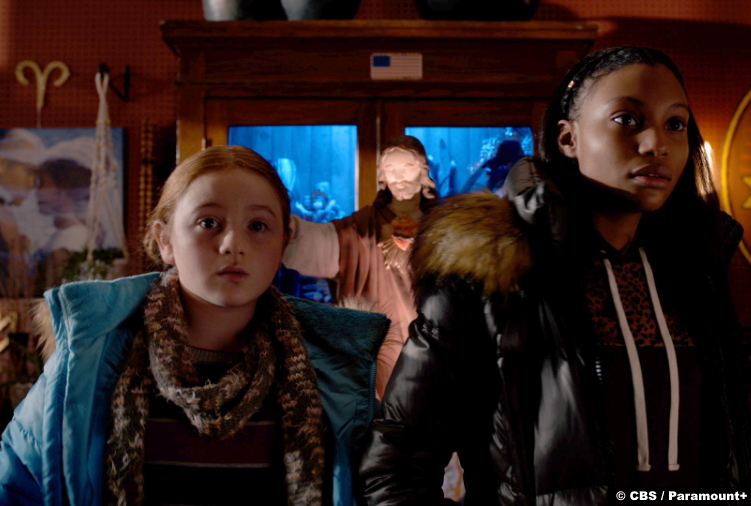 The girls enlist help from a local botánica owner, whom they’ve heard can deal with zombies. Sure. She explains that zombies were an invention of slave owners in Haiti. They created the story to keep slaves from killing themselves, because even if they did, their souls would still toil for eternity. Yikes, great story for the children.

Anyway, she gives them two vials. They should put one in Brandon’s food and the other they should give to the “slave driver,” whomever that is. Again, these are children, but okay.

The first vial seems to work out well. Brandon sleeps through his alarm, but that’s a good thing, because a gas leak at the warehouse sent everyone else to the hospital. Revitalized, Brandon starts pushing for unionizing. He holds an organizing meeting at his house, where his supervisor drops by to threaten them. The girls dose his gum with the other vial.

The next day, Brandon gets another visit, this time from his big boss. He tells him that the supervisor showed up drunk to work, so they let him go. They want Brandon to take over his position. The good news is, he can do it from home. The bad news is, he becomes just another boss, micromanaging his team from his dining room. He’s not a worker zombie anymore–he’s leveled up.

7/10 – As I said, the main plot was kind of a dud for me, especially after all the build-up to Leland’s exorcism. I thought the CongoRun storyline was far more effective, especially with that gut-punch ending.