This week, we come to the episode that no Salomes were clamoring for. That’s right–it’s the origin story of Hiram Lodge. Right away, I suspected we were in for some hagiographic nonsense. That’s because we begin the episode with Jughead comparing Hiram to gangster legends like Michael Corleone and Tony Soprano.

This guy? The guy who’s never failed to step on a rake his teenage child and her pals set out for him? Sure. 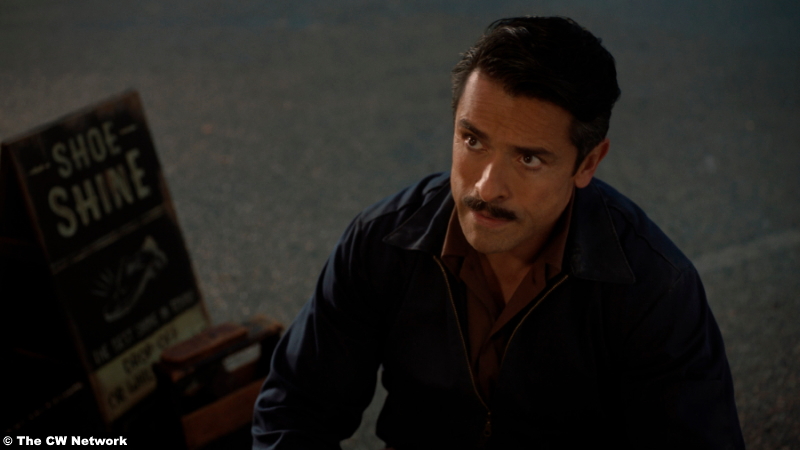 Of course, those are not the only allusions the episode is packing in. As you can tell from the title, this is a story pitching Hiram as the Charles Foster Kane of Riverdale. Again, sure, except that the title is really the only connection they try to make.

As we know already, like Citizen Kane, Hiram wasn’t always a powerful man. And he wasn’t always Hiram. He began life as Jaime Luna, the son of Javier Luna. (As with that previous episode, Michael Consuelos plays young Jaime/Hiram. I wished in that review that Camila Mendes with a mustache was playing the character. This episode makes it up to me by having Mark Consuelos with a mustache play Javier.) 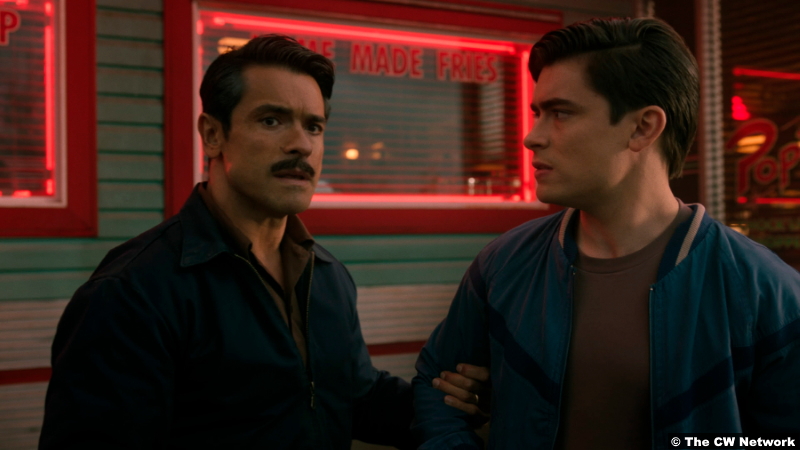 Javier, who shined shoes for a living, moved the family to Riverdale with dreams of mining the palladium there. That didn’t work out like he hoped, though, as the mines collapsed. So, he shined shoes in Riverdale, too. Jaime wanted more out of life, though, especially when Hermione wouldn’t go out with him. She wanted to, but her mom didn’t approve of Hiram’s low standing. I’m not sure why she’s so classist when she’s a housekeeper at the Five Seasons, but at least they acknowledge that.

Anyway, this is when Hiram shifts into his Goodfellas era. He becomes acquainted with local mobster Vito Alto, then becomes Vito’s employee. If you’ve seen Goodfellas, then you know how the story goes. Vito shows Jaime the ropes and becomes an integral part of Vito’s operation. The boy decides he doesn’t want to be Jaime Luna anymore and changes his name to Hiram Lodge. Hermione, who now deigns to date him, helped him come up with that, by the way. 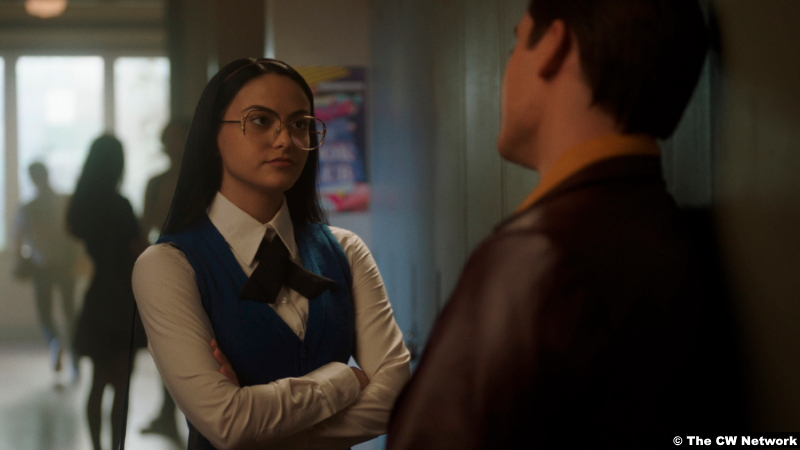 Unsurprisingly, though, none of this sits well with his father, especially when Hiram beats up Marty Mantle for making fun of his new name. Javier wants Hiram to stop working for Vito or he’ll report Vito to the police. So Vito guns down Javier as he’s standing at his shoeshine stand outside Pop’s. (Pop’s dropping the load of oranges is a nice Godfather reference, but I can’t help but wonder why Pop needed them. I mean, I can’t think of a single thing on the menu that would call for them.)

Hiram figures out that Vito is behind his dad’s death, so he kills Vito’s men and the gangster just skips town. Then Hiram, this teenager, declares himself the crime boss of Riverdale and everyone just goes along with it? Let me just slap a large “sure” on that, too.

And that’s the story of how Hiram became Hiram. He found a vein of palladium after all and built the prison on top of it to extract it. Or rather, so he could have the prisoners extract it. But the vein’s run dry, so he’s after the stores underneath the Blossom maple groves, as we already know.

But that’s not all he has planned. He also murders Vito, who’s now in a nursing home and looks half-dead already. I’m not sure why he shoots him when he could have done something much less noisy and messy, but that’s classic Hiram. You know, always choosing the more elaborate path. But we see where that’s gotten him. 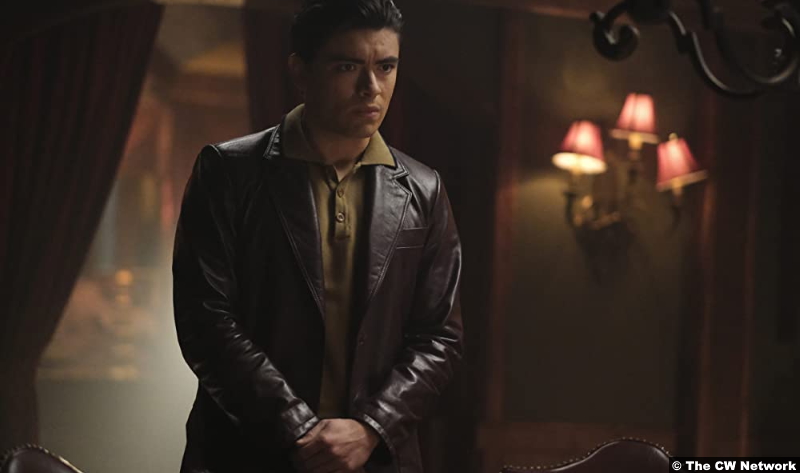 Sure, he’s a powerful businessman now, but he’s lost his family. Maybe that’s why he effectively fires Reggie, telling him to go make amends with his father before it’s too late. Okay, yeah, but Marty Mantle is a different kind of father. This is Riverdale, though, so I guess we’re just going to forget that he’s abusive.

Back at Hiram Manor, he lays alone in bed watching his wife and daughter on The Real Housewives of New York City. He does briefly speak to Hermosa on the phone, so the show remembered she exists, but not enough to include her in Hiram’s origin story. That might be too much to ask for, though, in one of this season’s most straightforward episodes yet.

7/10 – This was not an episode that just blew me away, but it was much better than I expected a Hiram-centered one to be. As I said, it told its story in a pretty linear way, and while it borrowed heavily from gangster Americana, it (mostly) made it seem more like a homage than outright theft.

Also, am I daffy or does Michael Consuelos sound exactly like his dad now?