Steven Soderbergh’s No Sudden Move is a throwback crime thriller that simultaneously makes the case for returning to the theater and streaming from home. On one hand, it’s a star-studded ensemble with an engrossing mystery, the kind that doesn’t come around too often. But the number of twists and turns might be enough to make your head spin, so the ability to pause and rewind isn’t to be understated. Although this review won’t go into plot spoilers,  part of the fun with big-name ensemble films is the “Hey, it’s that guy from that thing!” factor, so if you want to go in without knowing who’s who, you may want to stop reading now! 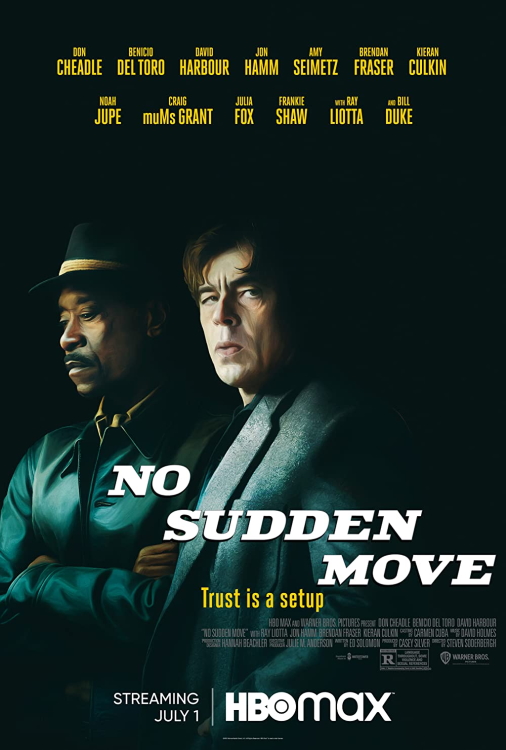 Set in 1950’s Detroit, the story Initially concerns Curtis (Don Cheadle) and Ronald (Benicio Del Toro) two criminals hired to “babysit” a suburban family while a third crew member, Charley (Kieran Culkin) escorts the father to retrieve a mysterious document at his place of work. The hostage-taking scene is the film’s most effective set-piece, a tension-filled encounter where the three hoods ask that terrified wife Mary (Amy Seimetz) her husband Matt (David Harbour) and their kids do everything as they would on a normal Monday morning, albeit with guns pointed in their faces. 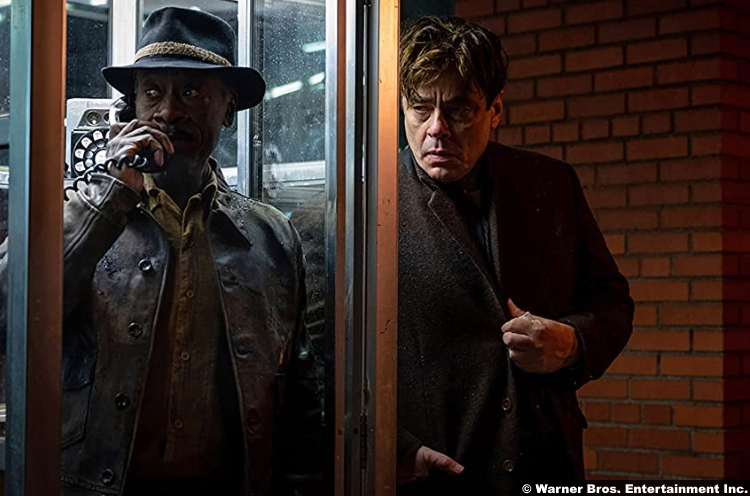 Everything goes right—until it all goes spectacularly wrong, forcing Curtis and Ronald to work together to find out who hired them, and perhaps more importantly, who stands to benefit from the heist. The film smartly uses its period setting to touch on race, economics and gender as the characters weave through the streets to the halls of power. While the running around and double-crossing is never boring, keeping track of who wants to outmaneuver who and why can feel like a job unto itself. Though not essential, getting the full context for some of the subplots may also depend on your knowledge of Detroit during the time period (Spoilers!), even if the central plot becomes clear by the end.

It’s refreshing to see Cheadle in a starring role, playing Curtis with a coiled intensity.  As the most sympathetic of the bunch, he has a strong desire to get out of town, even with two powerful crime bosses (Ray Liotta doing his Ray Liotta thing, and an enigmatic Bill Duke who seems to wear sunglasses at all times) gunning for him. As Ronald, Del Toro recalibrates the imposing menace from his Sicario character into dry-witted comic relief. One funny bit has Ronald place a blanket over a terrified woman so he can relax and watch TV. There aren’t many shootouts or direct confrontations in No Sudden Move, but it is superb at creating an atmosphere where the next backstab or sleight of hand between any of the characters could be just around the corner. 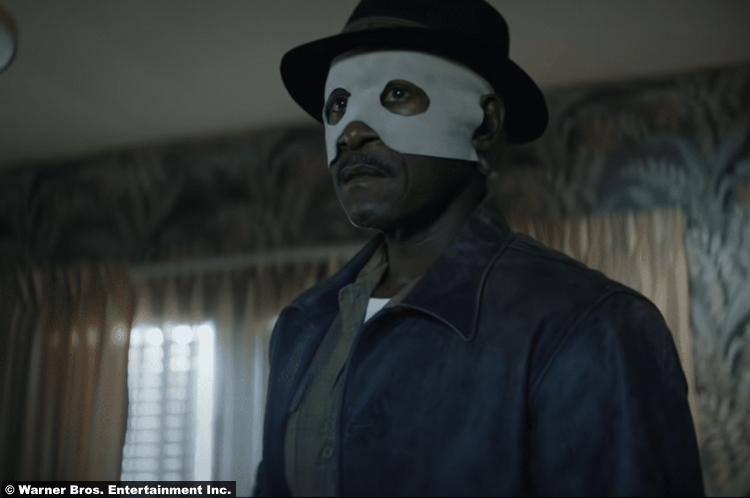 Another stand-out is David Harbour, who is great at conveying Matt’s realization that everything in his life is falling apart. Matt’s affair with his secretary, Paula (Frankie Shaw) makes him vital to the criminal’s plans and threatens his marriage. Unlike movies from the era it was set in, Paula isn’t dumb, and Mary isn’t weak-willed. Each of the wives and mistresses of the various criminals all have space to stand on their own, reacting to the men’s crimes in different ways. Some are even more involved than they initially let on. Though initially terrified, Mary is quick on her feet and adept at maneuvering the situation her husband has dug their family into.

The movie knows how to use each member of its excellent cast, but that didn’t stop me from wanting to see more of certain faces. Brandon Fraser is surprisingly good in a villainous role as a nervous middleman. Jon Hamm shows up as a stern detective who spends much of the film as puzzled as the audience, before zeroing in on who pulls the strings. Such characters come and go while demanding more screen time, including one character towards the end. But in reality, we probably see just enough of them to be satisfied. No Sudden Move is firmly planted in its era but is still full of surprises and tense thrills.

8/10 – No Sudden Move is well worth the ride, even if the entertaining story sometimes gets ahead of itself.