Loki brings to Disney+ the third TV series set in the Marvel Cinematic Universe. As such, the novelty has worn off and what’s left is a series that can be judged solely on its own merits. What that means is the rose-tinted glasses and benefits of the doubt given to WandaVision—and, to a lesser extent, Falcon and the Winter Soldier—are no longer present. These shows are now the new normal and shouldn’t be graded more lightly on account of the novelty of seeing a series featuring MCU stars with an MCU budget. I say all that to say this:

Loki’s first episode is not great. 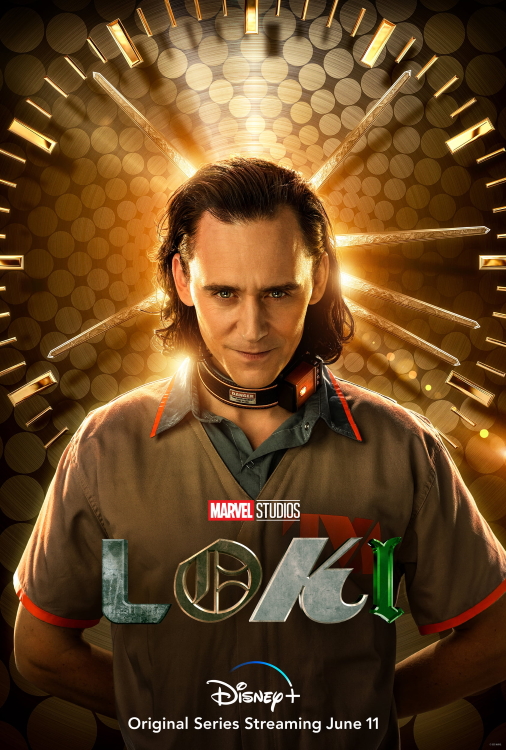 Don’t get me wrong: It’s hardly terrible. It has a lot working for it, for sure, but all the same, some aspects are holding it back. Here’s a list…

THE ACTING IN GENERAL

We’re starting with a misfire because I want to end on a positive note: The acting, but for two exceptions, is really amateur. Fortunately, those two exceptions are the two primary leads of the show, but still, there’s a pretty full cast present in episode one, and just about everyone who says anything says something important. Unfortunately, everything is delivered with some of the blandest, stiffest, most lifeless performances yet seen in a Marvel show. You can’t chalk it up to intentional characterization because I can see what they’re trying to do with the TVA characters: They are bored bureaucrats with so much power they don’t even consider how much they have anymore. That’s fine. The idea is fine. It’s not the characters; it’s the performances, which come off like the actors in question had never acted before and were filmed on their first take. Fortunately, the struggling actors in question aren’t the ones that matter here…

On the one hand, you might think it obvious that Tom Hiddleston would nail the role, seeing as how he’s been playing Loki for a cool decade. On the other hand, there’s something different about being the lead actor and not the villain, even if you’re a “villainous” lead actor. Loki in this show is the protagonist and in the past, he’s only ever been the antagonist or a sidekick. There was a danger that the show might feel like the fourth season of Arrested Development, where the magical chemistry between the core characters was taken away and the episodes that focused on them individually suffered as a result. Not to worry here as Hiddleston relishes in the chance to give this version of Loki (essentially the one from the first Avengers movie) a wide spectrum of emotion. There’s nothing that needs to be said of Owen Wilson. He’s playing himself and doing a fine job of it. He’s a perfect addition to the MCU… 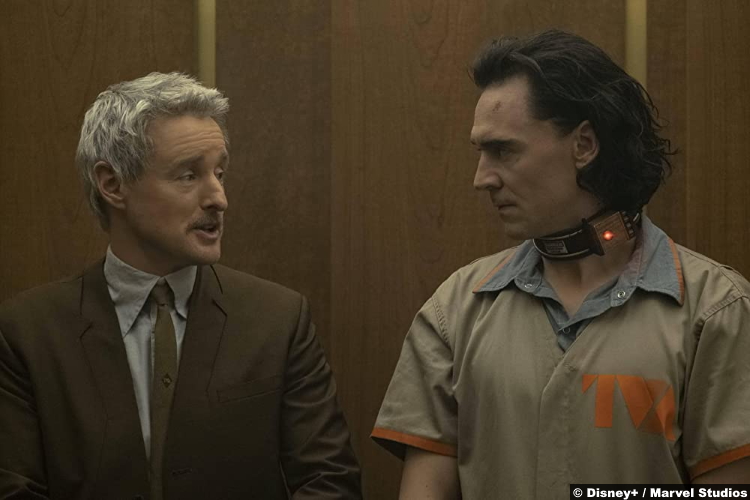 The trouble is not the lead actors but a lot of the material they’ve been given to work with. Half the episode is very on-the-nose exposition without a lot of humor punctuating things. The other half is generic and forgettable dialogue that accomplishes whatever needs the scene has and no more. It’s all very perfunctory and bland, lacking a lot of the pizazz one expects from a Marvel production. Hopefully, this improves now that we’re out of the first episode; Falcon and the Winter Soldier struggled a bit there at the beginning of its show, as well. Speaking of the beginning…

THE INTEGRATION INTO THE WIDER MCU

Within five minutes of arriving at the TVA, viewers are treated to a quick synopsis telling us how dangerous it is when MADNESS takes hold of the MULTIVERSE, and that a big part of the danger involves NEXUS beings or when people step out of their appropriate timeline and into other, unapproved, timelines. In other words, in just one adorably retro-animated montage, Loki’s first episode set up the Dr. Strange sequel, the next Spider-Man movie, and hinted at the larger implications behind the events of WandaVision. Oh, and there was a devil in a stained glass window so of course everyone is screaming Mephisto (don’t get your hopes up there). The point being: Loki is not just a one-off show that lets us bid farewell to a beloved anti-hero, but is a critical cog in the machinery of the newest phase of the MCU. For all we know, it could be the events of Loki directly kickstart the plots of either Spider-Man: No Way Home or Dr. Strange and the Multiverse of Madness… 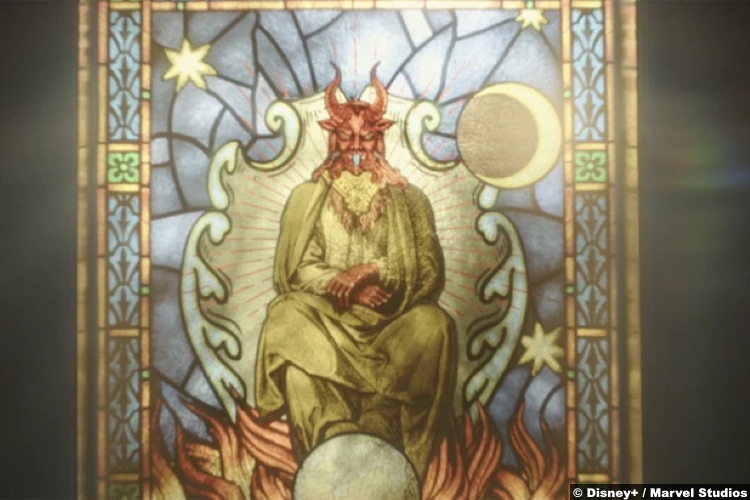 When it came to the actual story being told in episode one, however, stripped away from its larger place in the universe, Loki’s first episode faltered. There was no spark to anything. A good chunk of the episode involved exposition and dialogue scenes and while that’s sometimes important, it’s equally as important to make those work in a way that holds your attention. I’m sure there’s a huge segment of the fanbase that is happy to have anything spoon-fed them from Marvel. I’m sure there’s also a big chunk of viewers who know Loki’s backstory and didn’t need to sit through multiple minutes of him watching it on TV. I’m also sure there’s a way to present that backstory to newbies in a way that doesn’t involve watching someone watch their own backstory. The camera had no style, which is a shame because everything else about the episode did…

The single best thing about episode one was the production design of the TVA. Everything about this place worked. On the one hand, it’s just a boring old office, but everything has a 1970’s kitschy charm to it that helps it stand out. When Loki and Mobius peer out the window and consider the wider world, it looks like a sci-fi story come to life that someone like Roger Zelazny would have written about in 1972. I don’t know if there’s anything more to it than just a simple design choice or if the 1970’s look has a part to play in the story, but either way, it helps set the show apart from the “gritty and grounded present-day” Falcon and the Winter Soldier, and the “collage of TV past” found in WandaVision. 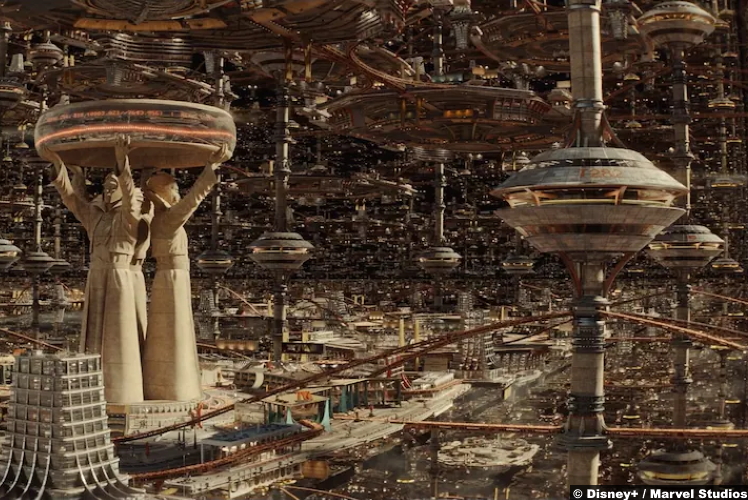 7/10 – There are a lot of unanswered questions and directions the show can take in the weeks to come. Loki’s first episode was not a perfect outing but there’s enough good here to build on and the weaknesses on display can be easily corrected in the episodes to come. I’m still excited to see what happens next.