The Falcon and the Winter Soldier S01E01 Review: New World Order – A slow start to a promising series

Falcon and Winter Soldier is Marvel Studios’ second short-run series on Disney+. A six-episode story, it focuses on two heroes best known as supporting players, famous for orbiting around Captain America. Now they’re being asked to carry their own show, despite being regarded as a couple of b-level heroes. That feeling of inadequacy is weaved into the story itself cleverly, with the end result being a first episode content to pace itself and ease the viewer slowly into its story, while promising big payoffs down the line. 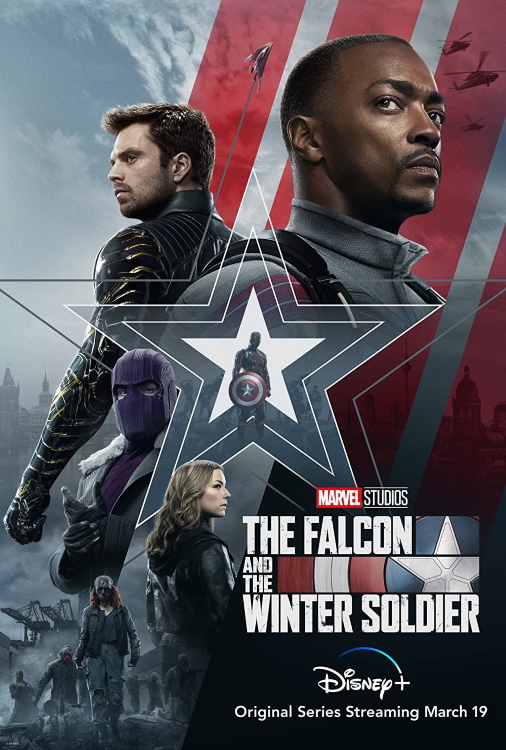 Let’s start with what this show isn’t now and will not be: WandaVision.

The comparisons are easily made, but only on a superficial level. They’re both Disney+ shows set in the Marvel Cinematic Universe. That’s it. Those are the only comparisons to be made. These two series are going to be as different as Guardians of the Galaxy is to Black Panther. Look hard enough and you can find commonalities; they do share the same universe, after all, but in terms of look, feel, pacing, purpose, and scale, these are apples and oranges. If WandaVision is akin to Dr. Strange in terms of its wacky, magic-based presentation, this new series is akin to Captain America: The Winter Soldier. It’s a grounded show, grittier, more human, more “real,” not only in terms of the power-level of its heroes but also in its setting and its presentation.

WandaVision is very different compared to almost every other streaming-platform series. The common way to present a multi-episode show on a streaming service like Netflix or Amazon Prime is to tell a single story in a season, chopped up into eight or ten chunks. Most of those kinds of shows barely even bother with an act-structure in their episodes, and instead just feature some kind of a hook or twist to keep the viewer sticking around to watch the next episode (or, if it’s a weekly release, coming back a week later for the next one). Shows like Dead to Me are great at these end-of-episode hooks, and the only drawback to them is they make the individual episodes hard to remember. You can tell me the title of any random episode of Buffy the Vampire Slayer and I can probably tell you what happened, what the freak of the week was, and some funny one-liners that were said. It’s a very episodic show, even though it had season-long arcs. On the other hand, toss me the title of an Angel episode and I’m probably going to draw a blank, though I can tell you the details of what happened across each season; it was much more serialized (that’s a tease to a giant Buffy/Angel series of articles I’m about to start working on, celebrating Buffy’s upcoming twenty-fifth anniversary…but I digress).

WandaVision was different in that each episode had a strong and memorable “theme.” There was the Dick Van Dyke one, the Bewitched one, the Brady Bunch one, the Family Ties one, the Malcolm in the Middle one, and so on. Most streaming shows don’t have such well-defined episodes. It’s a shame that Falcon and the Winter Soldier had to be released after WandaVision, as the previous show set an unfair standard of expectations for it, not just because it was so well made, but because it was so different.

In contrast, watching the first episode of this new show, it’s clear that this is a much more traditional series and will be presented much more akin to a Netflix-style serial. It uses its first hour to establish its characters and setting and reintroduce us to the more grounded world we last saw in Captain America: The Winter Soldier, way back in 2014. What’s annoying is I’m sure there will be fans criticizing this first episode as “boring” in comparison to WandaVision’s first outing, nevermind the fact that the first few weeks of WandaVision saw a lot of complaints by fans who didn’t “get it,” and didn’t understand what the show was going for with the classic TV themes. If you didn’t know there was a wider story at play (if you weren’t paying attention to the subtle clues) then you might walk away from those first episodes thinking WandaVision was an inconsequential show. Now here comes Falcon and the Winter Soldier, and a different subset of fans are saying it’s too “slow” compared to…the show whose first episode climax featured someone being saved from choking on a piece of steak.

Feels a tad unfair, if you ask me. But that’s enough about the comparison between this show and the last. Let’s focus on this show: What is Falcon and the Winter Solider about? 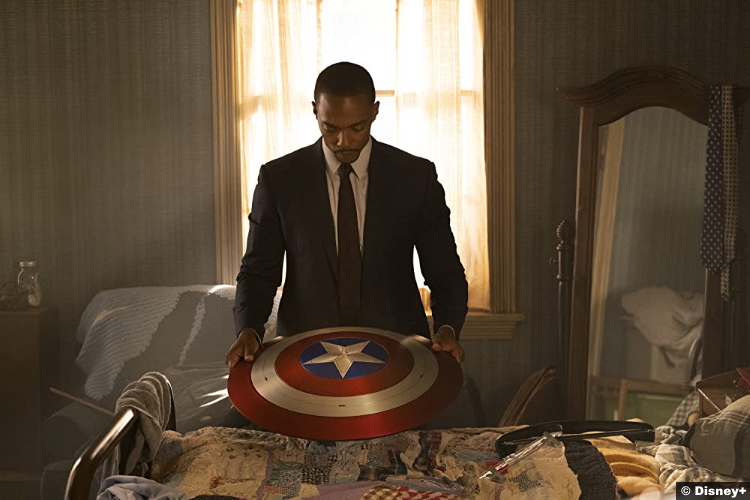 It’s about a hero who became a symbol for heroism itself and the void he has left in his absence. In the wake of Steve Rogers’ retirement, three(!) characters will struggle with the need to fill his massive shoes. The first is Sam Wilson, the Falcon. He was Steve’s handpicked successor, being given the shield at the end of Endgame. The second is Bucky Barnes, the Winter Soldier. He was Steve’s oldest friend and someone likewise enhanced with a version of the super-soldier serum that powered Rogers. Ordinarily, Bucky would be the natural next man up to wear the mantel, but he’s haunted by his past crimes. The third man is someone we’ve only been shown a glimpse of in the final seconds of the opening episode, John Walker. By the look of his outfit, he’s playing US Agent, and based on a scene early in the episode, it seems he was selected as part of a ploy to convince Sam to give up the shield, only to hand it off to someone the government felt was “worthy.” 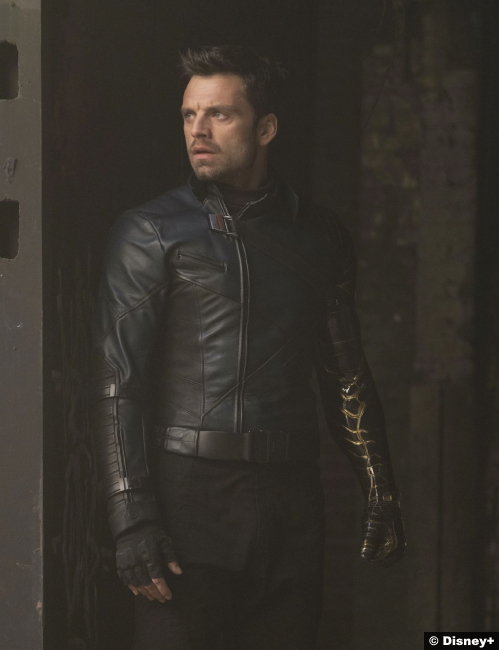 So that’s the show’s central message, established right there in hour one: Who is worthy to be the next Captain America? Bucky doesn’t think he is because he’s racked by guilt. Sam doesn’t think he is because he feels inadequate to stand in Steve’s shadow (the government’s disrespect of him only feeds those feelings, as well). We don’t yet know about John Walker. He’s the kind of character that is either going to be a raging b-hole or someone we expect to be a raging b-hole who is, in fact, a nice guy forced into an awkward situation. Time will tell.

In the meantime, what we do know is this: Falcon and the Winter Soldier has an important story to tell, as it addresses the legacy of one of the greatest heroes in this cinematic universe, and the two heroes (and one potential adversary) who will wrestle with demons internal and external, as they try to carry the torch he left behind.

8/10 – Falcon and the Winter Soldier starts with a solid but slow episode, putting an emphasis on easing us into this world and reintroducing us to these characters. We’re click-click-clicking up the roller coaster, but with only five episodes to go, I hope we reach the “wild” part of the ride soon enough.