Welcome to season 2 of Evil. Now you might be thinking, wait, did you review season 1? No, I did not, although I did watch it religiously (pun intended). If you didn’t watch it, though, then go do that, because this will contain spoilers for season 1 (and beyond).

Before we get to those, though, here’s a brief summary of the show: psychologist Kristen Bouchard (Katja Herbers) has left her job assessing defendants for the DA’s office to join a kind of “God squad.” Along with priest in training David Acosta (Mike Colter) and Ben (Aasif Mandvi), David’s tech wizard contractor, they evaluate reports of supernatural cases for the Catholic Church. As they explain in the first season, there’s a thin line between what looks like possession and mental illness. And as the season continued on, it was often unclear if what they encountered was real or just suggestion. However, it was clear that there were forces–namely Kristen’s professional peer Leland Townsend (Michael Emerson)–working against them. Now onto the spoilers. 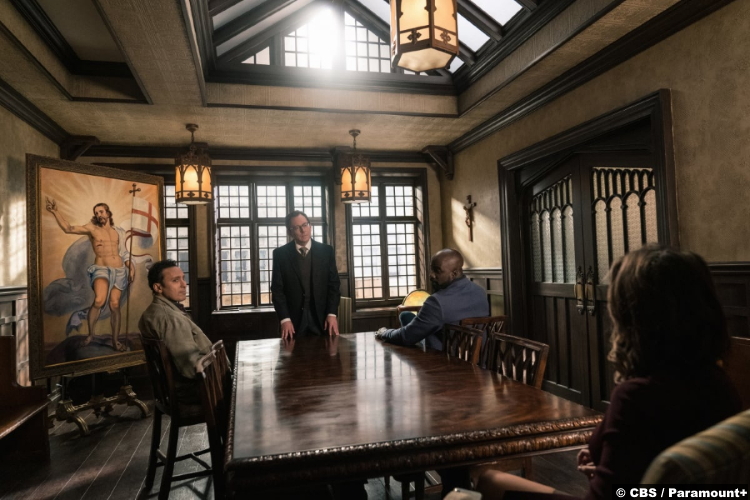 Besides all that, the main thing you need to remember from season 1 is the fertility clinic. Upon their visit, David and Kristen recognized some of the children who had been conceived through the clinic. To be more specific, they recognized those children through their cases. David theorized that someone or multiple someones weren’t waiting for people to turn evil–they were making them that way from birth.

And that’s a pretty disturbing theory, especially since Kristen conceived one of her 62 daughters, Lexis (Maddy Crocco), with help from the clinic. Is little Lexis evil? Signs sure seem to point to “yes.” But as with the cases from the first season, we could just be reading them that way because of the power of suggestion. Then again, I’m at a loss to explain the events of this episode, when an unconscious Lexis almost bites off her dentist’s finger. My initial assessment: gross! And that’s about it for me.

Anyway, the bulk of this episode is devoted to Leland, who, by the way, is still engaged to Kristen’s mom Sheryl (Christine Lahti). There is still the question, though, of whether Kristen really murdered serial killer Orson LeRoux (Darren Pettie) in the season 1 finale. He’s really dead, and Kristen tells her therapist, Dr. Kurt Boggs (Kurt Fuller), that she killed him. We even see her clean-up. But like everything else on this show, I just don’t know for sure. 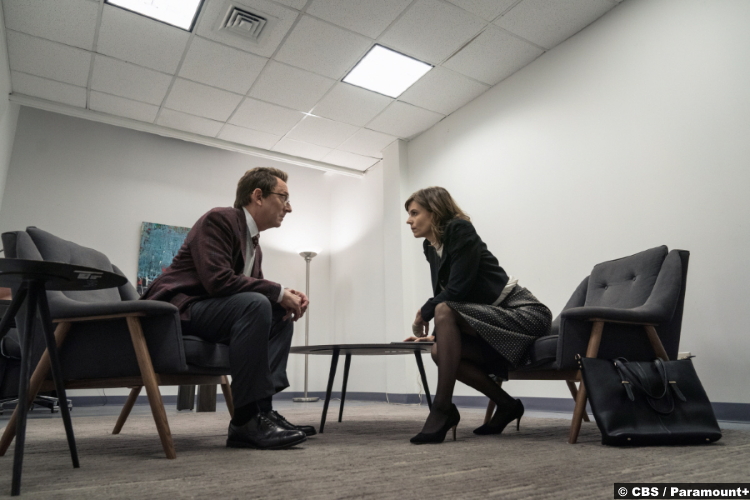 It’s just like how I don’t what Leland’s true game is, besides like, demonic shenanigans. Bishop Marx (Peter Scolari) informs David and company that Leland has come to the Church, seeking an exorcism because he’s possessed. Marx wants the squad to do as they always do, and assess his claims. Kristen, who’s had more experience with Leland’s nonsense than anyone, is immediately skeptical. But still, she puts on a professional face and works the case with David and Ben.

And as with many of their previous cases, there’s an unsettling mixture of the seemingly easily explained along with some stuff that’s questionable. To that end, for example, season 1 viewers may remember George, the demon that would visit Kristen in her bed. This season, Ben’s got his own night demon. She’s a lady demon! But is he seeing her because she’s actually there, or did Leland provoke Ben with the power of suggestion?

Anyway, their investigation finds some inconsistencies–Leland’s story of how he began his demon time, for instance, doesn’t check out. Other things they find, like that Sheryl must have given Leland the map of sigils from last season, are interesting, but not really relevant to the case. It doesn’t matter, though, because Marx orders the exorcism to go forward. 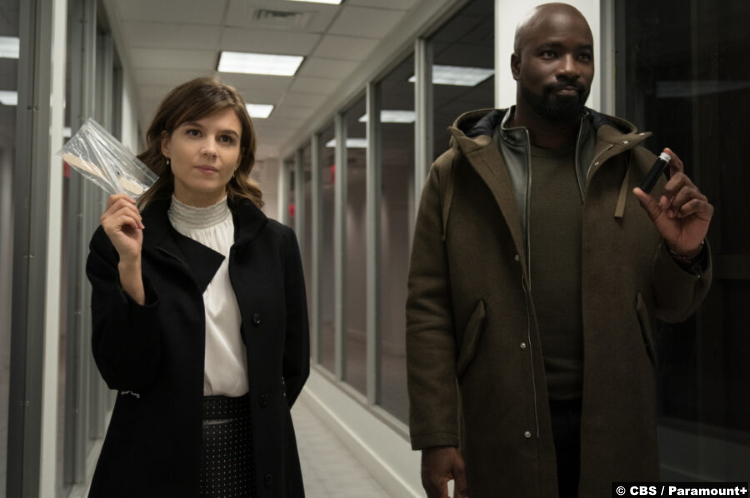 That’s not what Leland really wants, though. Of course it’s not–he still seems very happy to be unstressed and demon-possessed. What he really wants is for David to fall. He tells Kristen as much in their meeting for Leland’s psych eval. David has two months before his ordination as a priest. But Leland wants Kristen to play the serpent, tempting David. In exchange, Leland will leave Kristen’s family alone. We’ll have to wait to see what Kristen does with this threat, but I don’t really think that’s the point. Keeping David away from the priesthood is. So…why? Is this just for funsies or there is something else to it? In other words, what is Leland afraid of?

8/10 – Season 1 was always entertaining and often scary as hell, a description I don’t grant lightly. (I ain’t scared of much.) Season 2 looks like they haven’t lost their touch, judging by this first episode, at least.

Evil is now streaming exclusively (in the US) on the Paramount Plus platform. It’s unclear when season 2 will come to the UK, but season 1 aired on Alibi. You can also stream it in the UK on Sky Go or buy it through Amazon, I say Britishly, or Apple TV.