REVIEW: “The Conjuring-The Devil Made Me Do It” can’t get it done

That was eight years ago.

Since then, there have been six movies, either sequels or spinoffs or sequels to spinoffs, and in that time little has changed about the formula that worked so well in the original film. As a result, the franchise feels stale and, reflecting that, box office returns have stagnated. Perhaps feeling reactive to the lack of box office growth, the creators of The Conjuring have used the new third installment of the primary series to shift the tone, ever so subtly, and tweak the formulaic approach that these movies had previously relied on.

Unfortunately, series helmsman James Wan stepped away from the director’s chair and his absence is felt. If they’re going to take the horror franchise in a new direction, it needed a director who can carry them through the transition. I don’t think Michael Chaves is up to it, not after The Curse of La Llorona, and not now after seeing this.

And what is this new direction the series is taking? 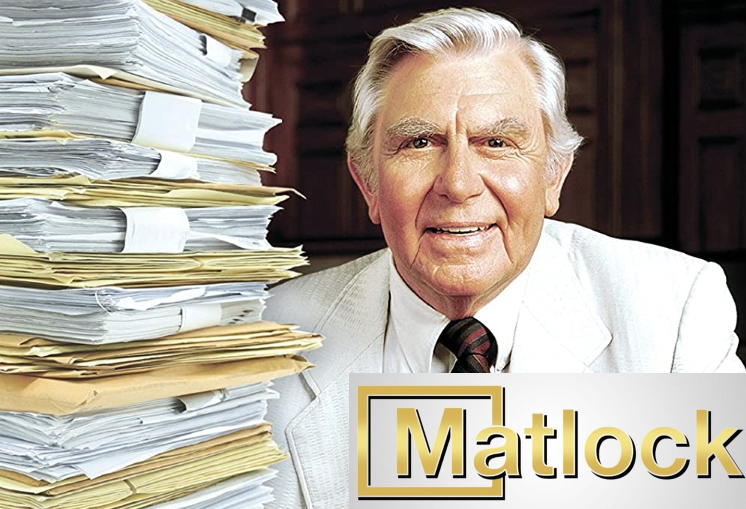 The Conjuring III (The Devil Made Me Do It) is a horror/supernatural-themed episode of Matlock.

And while that might seem like the most out-of-left-field comparison…ever, just hear me out: It’s been a while since I’ve seen an episode, but I used to watch Matlock reruns all the time as a kid. It was just one of those things that was on the living room TV on a regular basis and I just absorbed it by osmosis. There’s a formula to a Matlock episode…

Now you take that formula, add some spooky scenes, a random fatty corpse/zombie/demon thing and a few jump scares and presto: Conjuring III. 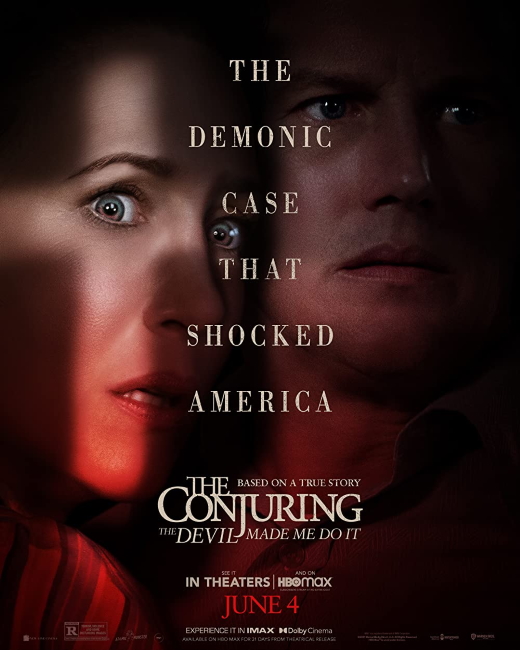 To be fair, the movie avoided doing the big “third act courtroom drama” cliche, instead merely alluding to it before ending the movie, but still, that’s what I thought of.

The end result is a movie that felt like a big step down from Conjuring 1 and 2, but after so many related movies in the past eight years, it’s safe to say the “Conjuring Universe” is getting a bit bloated and samey. There’s the repeated formula in all these movies, with only the window dressing changing every time. It’s not enough to sustain the interest anymore, I think. The producers thought so too, which brought about the shake-up seen here…but I don’t know if a half-hearted attempt at a courtroom drama and having the big bad be a Satanist is the way to go, either.

A new direction is needed, okay, but as soon as they framed it as a legal thing, the always-presumed “expertise” of the couple becomes a matter of legal probability and the burden of proof goes up considerably. In other words, hearing the Warrens talk about their know-how now feels cringey. There’s a scene where Ed Warren lifts a rug to inspect what he’s told was “water damage.” With an ominous glare, he replies “this isn’t water damage.” He doesn’t say what it is, but we can assume it’s some kind of a “tell” related to demonic activity. It’s the kind of moment that these movies are inundated with, but it fell flat here in way it never did in earlier movies, and I think it’s because this one chose to inject the notion of a courtroom and legal “truth” into the formula. 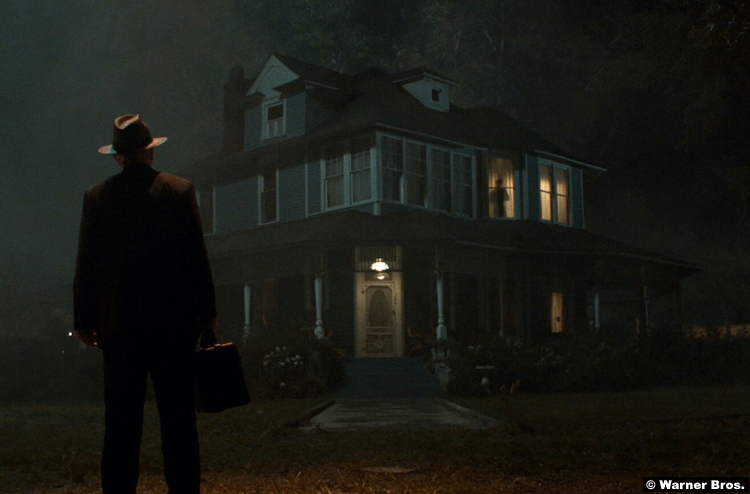 As most know, these movies are all “Based on a True Story.” I would also hope that everyone knows that, in Hollywood, the words “Based on a True Story” really mean “not really based on a true story, but based on something that happened that was in no way similar to what you’re seeing.” Used here, the phrase only means real people said and talked about some of these things, and that the murder trial drama at the heart of the movie actually happened. The trial actually happened, I mean; none of the supernatural/horror stuff actually happened. It’s long been circulated that the Warrens made up basically everything supernatural they ever claimed.

And that’s fine in Conjuring 1 and 2. Those movies largely exist in their own heightened version of reality. But here, where the movie is laid out like a Halloween episode of Matlock, the plot relies on me buying the Warrens as legit and credible in a court of law, and I just can’t. It doesn’t matter that the movie never dwells on any courtroom action; the whole premise of the plot of founded on that idea. The story is too dependent on “real” and “supernatural” both inhabiting the same actual space,  and the movie can’t prove that which drags the whole of it down.

The movie is not all bad; as ever, Patrick Wilson and Vera Farmiga are excellent together, but this time they’re just about the only things that are. There is some good camera work and what few frightening moments there happen in effective ways (albeit fleetingly, as is the nature of jump-scares; they’re more surprises than scares), and there’s a neat-set piece with Lorraine Warren near the end where she’s running down a cramped corridor either chasing after or being chased by a reflection of herself. There’s also a stunningly beautiful shot that does nothing more than pay homage to the Exorcist early in the movie. It contributes nothing to the film except to be a little bit of style and I love it. 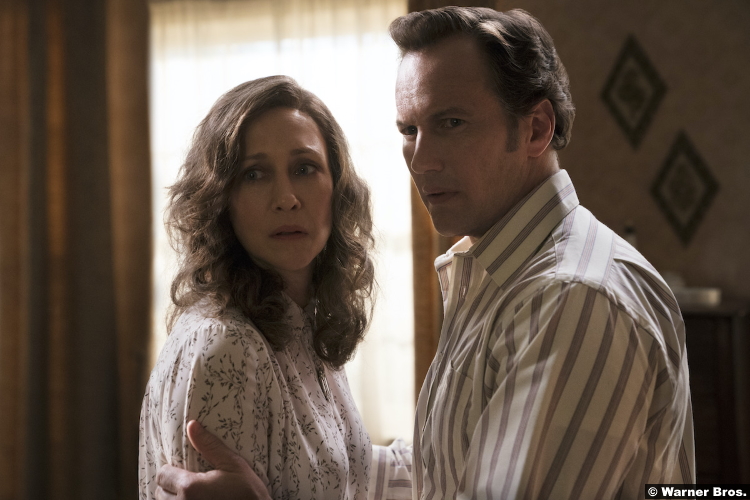 But that’s about it.

The Conjuring Universe began in 2013 as a horror movie that relied on the same formula of most cookie-cutter films in the genre, but it rose above its peers due to so much talent amongst the cast and crew. Since then the franchise in all its sprawling forms has settled into what it is today, just another formulaic, cookie-cutter, occasionally frightening, but ultimately forgettable film.

6/10 – The Devil Made Me Do It fails to conjure up even a fraction of the quality found in the series’ first two outings.