What we want from an AEW video game

Recently, word got out that AEW programming is moving from TNT to TBS next year (due to Turner’s new deal with the NHL). While at first glance it may seem like a demotion, it’s anything but. Yes, TNT is perhaps considered the more prestigious of the two networks, but TBS is in a million more homes. No more will AEW have to contend with delays in airing due to an NBA game or some other event the network considers of greater value. On TBS, Tony Khan’s wrestling show will be the big fish in the pond, the featured attraction of weekly TV. AEW got a lot of good marketing from the NBA on TNT connection, but it was also the show the NBA was propping up. On TBS, Dynamite will be marketed alongside the various sports programming that airs in primetime. It won’t be second fiddle.

Make no mistake, the Network knows exactly what kind of a deal they’re getting with AEW. Turner bought the rights for a pittance, expecting the show to hover in the 350-400k viewership range. Never in the show’s (still short) history has it even come close to falling that low. Instead, Dynamite regularly hit over 700-800k during its first year, and now that NXT has moved to Tuesdays, it is hovering between 900k and a million every week. It’s almost always a top three show on Wednesday nights and has been the top show at least once already. Furthermore, the Network is launching a new show on Friday nights and will also air four supershows a year, ala the old Clash of the Champions, likely with limited commercial interruption (which would have aided the recent WARGAMES match considerably).

Also—and this part has yet to be confirmed—the move looks like it comes with a renegotiated deal between Turner and Tony Khan, which will see the rights to air AEWE content renewed at a much higher payday, something to the tune of eight figures. This company was merely a whisper as little as three years ago. That’s incredible.

AEW is doing great is all I’m saying.

There’s one area, though that I am most excited to see them dive into, and that’s the world of video games. One of the first announcements the company made at their debut presser was that there would be an AEW video game and it would harken back to the classic games of yesteryear. What does that mean? What can we expect from an AEW video game? What do fans want to see in such a product?

I dunno, but here’s what I want…

The recent line of WWE video games has been overloaded with content. There are tons of match options, story modes, and create-a-wrestler features to keep you busy for days before you ever compete in a single match…but when you do finally compete in a match, that’s when things get messy.

First of all, the point of this point is to say gameplay > graphics but as I look at the glitchy mess that was WWE 2K20 I can’t help but think “…and it doesn’t even look good.” Like, it would be one thing if the graphics were sharp and realistic while the gameplay was bland and uninspiring. That would at least be on par with most games from major publishers this generation. But this not only is a glitchy mess, but it’s also a glitchy mess that looks like a year-one PS3 title.

Whatever, the point is the gameplay, and that’s where modern wrestling games have dropped the ball. In sports games there are basically two approaches: sim and arcade. The former focuses on realism; the latter on over-the-top action. The WWE2K games have taken the former approach to great frustration. In matches that don’t implode into glitchy messes, the gameplay is so committed to simulating an actual WWE match that the fight isn’t fun. Submissions and pins are a convoluted nightmare to get the hang of, executing things like suplexes and armdrags have no rhyme or reason in the control scheme, and even something as simple as executing a basic combo like “Irish whip + clothesline + run the ropes + leg drop” requires button presses akin to arming a nuclear warhead in the Pentagon.

The name of the game is “game.” There’s no point trying to constructing a video game wrestling match as a “sim” because a wrestling match on TV is a performance art between two actors, not a fight between two real enemies. Sorry to break kayfabe. The only way to make it work is to simplify things, to focus on the moves, not the rhythm of a match. In short, you can’t have a “sim” version of a match between Bret Hart and Kurt Angle. As awesome as that would be to see, it would not be fun to play. The only way it would work would be as an arcade-style contest, where the emphasis is on the moves and not the psychology.

AEW’s video game needs to run as far away from the WWE2K formula as possible and present a game that is fun to play, not necessarily a “simulation” of “pro wrestling.” 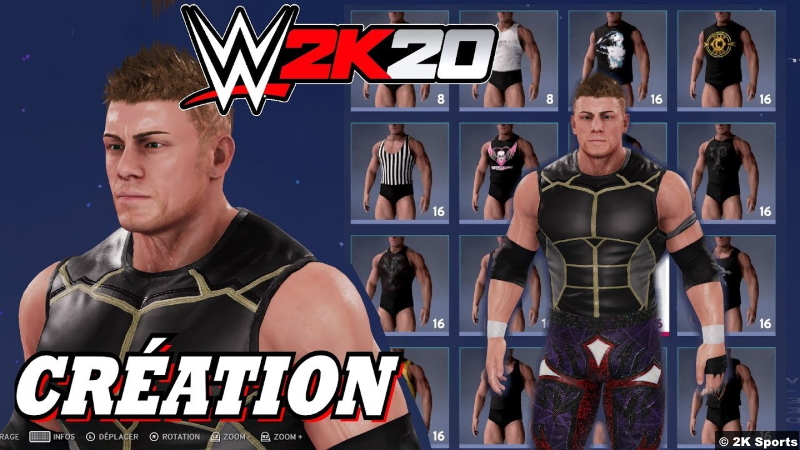 I don’t just mean create-a-wrestlers; that’s a given. I mean the ability to import custom music, create custom moves, and book custom matches with a GM mode. Yes, past and present WWE games have had these features, but this isn’t a WWE vs AEW video game article. As much as I want the AEW game to focus on the gameplay, there’s still room for variety and depth. Weird as it sounds, I think if you polled WWE gamers, they would say they spent more time doing things outside of the matches than they ever did competing in story modes, etc.

It’s been eight years since the last NCAA Football game and in that time the community has kept it alive through mods and roster updates. Such things are usually the enemy of a game publisher, especially a major game publisher who loves to repackage the same game every year and sell it to the same audience, year after year. AEW has always positioned itself as a bit younger, a bit hipper, a bit more understanding of the modern era. I would love to see them embrace the idea of sharing everything that fans make and allowing roster mods and updates to be freely accessible by anyone in the gaming community. That level of customization is good for gaming and would work perfectly in a pro wrestling game.

I WANT…LOOKIT, I JUST WANT NO MERCY FOR THE NEXT GENERATION 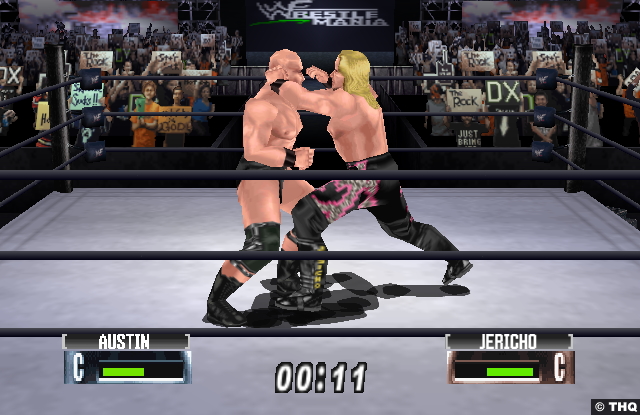 There’s no need to beat around the bush, the game I want is “No Mercy HD.” If you don’t remember, No Mercy was the last WWF pro wrestling game developed by AKI Corporation. The company started by making excellent WCW licensed games for the N64 (WCW vs NWO: World Tour, and WCW/NWO Revenge) before switching to the WWF with the much-acclaimed WrestleMania 2000 and WWF No Mercy. Fans have their preferences among those four games but most agree that style of game represents the pinnacle of what a pro wrestling title can be. Nothing else has been able to match the simple, fluid gameplay, fast pace, and excellent animations. The graphics were booty, yes, but it was the N64; no one cared. The gameplay couldn’t be beaten and it’s been all downhill since then.

No Mercy worked because you could pick up a controller and understand what to do within ten seconds. The A-button grapples, the B-button strikes. Hold the button down for a heavy move, tap it for a light move. Heavy moves take longer to perform, opening you up to a counterattack. Light moves are quicker but not as strong. The more moves you successfully land, the more you drain your opponent’s power meter while also charging up your own. When both meters reach a critical stage (bad for them, good for you), then you can hit a special move and win the match. You can try to get the pin earlier, but a few button mashes usually result in a kickout. The weaker your opponent, the less likely they are to kick out.

And…that’s it. That’s the game.

There are tons of match styles, lots of wrestlers, a very robust CAW mode, some good mo-cap animations, but really it’s about the gameplay and the gameplay is the perfect balance between “arcade punch-em-up fun” and “doing pro wrestler stuff.” If that style can be replicated with a fresh coat of paint and some customization freedom, AEW can have the best wrestling video game in twenty years.

They’re already on their way to having the best weekly TV program in that time span, so it would be fitting.