Which wrestlers should jump ship from WWE to AEW?

Twenty-four years ago this month—September 4, 1995, to be precise—WCW Monday Nitro debuted on TNT opposite Monday Night Raw. The night was the beginning of the five-year “Monday Night War,” wherein each major wrestling show tried to outdo the other, top their own shows from the week prior, and promote bigger, crazier, and more must-see stories and moments than ever before. The result was an explosion in popularity, the likes of which had not been seen since the peak of the 1980’s Wrestling Boom. Casual viewers and otherwise-non-fans tuned in due to the novelty of a weekly live program where anything could happen, and often did.

On Nitro’s very first episode, that “anything can happen” notion was put front and center when Lex Luger stepped into the Mall of America and joined the WCW roster. If you had your remote in hand at the time, you could have flipped the channel over to Monday Night Raw and witnessed…Lex Luger appearing in a pre-taped segment. Nitro headman Eric Bischoff executed the coup perfectly, bringing Luger in without Vince McMahon having a clue.

The first shot in the Monday Night War was fired.

After that, one of the most exciting parts of the WCW vs WWF feud was not knowing which superstar would make the switch next. Vader was promoted on the first episode of Nitro but never showed up. Instead, he jumped ship to the WWF. In late-1995, Madusa left the WWF for WCW and infamously tossed the women’s championship in the trash on her Nitro debut. Jeff Jarrett jumped to WWF from WCW and then jumped back between 1997 and 1999. Scott Hall and Kevin Nash jumped from WWF to WCW in 1996. Chris Jericho jumped from WCW to WWF in 1999. X-Pac jumped back and forth more times than I can count.

It was exciting and it’s one thing that’s been missing in the near-two decades since Nitro went belly up.

Sure, there are guys who left WWE and ended up on Impact Wresting or some other small-time organization, but the circumstances were always due to the wrestler in question being forced out due either to sobriety issues, steroid busts, or just because the company had no more use for them.

Now that AEW is here, the signing of Chris Jericho and Shawn Spears (the former Tye Dillinger) has already paid off handsomely for the company. In Jericho, AEW has found its first world champion; a man with more accolades than any wrestler working today. In Spears, a low-card nobody in WWE has become a major heel in AEW, who carefully pushed him into a credible, legitimate challenger. 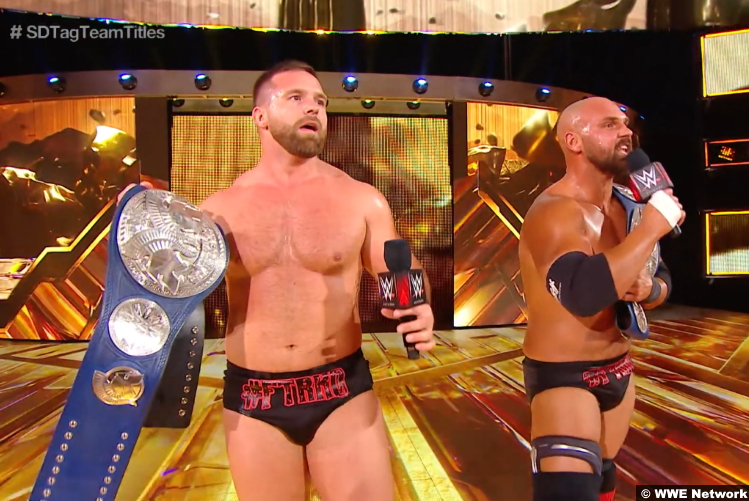 This will be my number one pick until they either make the move or I read that they sign a stupidly-large contract. I’m sure they’ve been offered one, but I’ve yet to hear that anything has been signed. In NXT, The Revival were part of some of the best tag team matches in WWF/E history. They competed in absolute barn-burners against American Alpha and DIY, and carved out a niche for themselves as methodical bruisers who nevertheless wrestled fast. On the main-roster, they’ve been wasted and though there’s been some work done to rehabilitate them, it feels like too little too late. The company’s typical-coldness toward tag team wrestling, in general, doesn’t suit them anyway, whereas in AEW (a brand co-founded by a tag team), they can flourish. 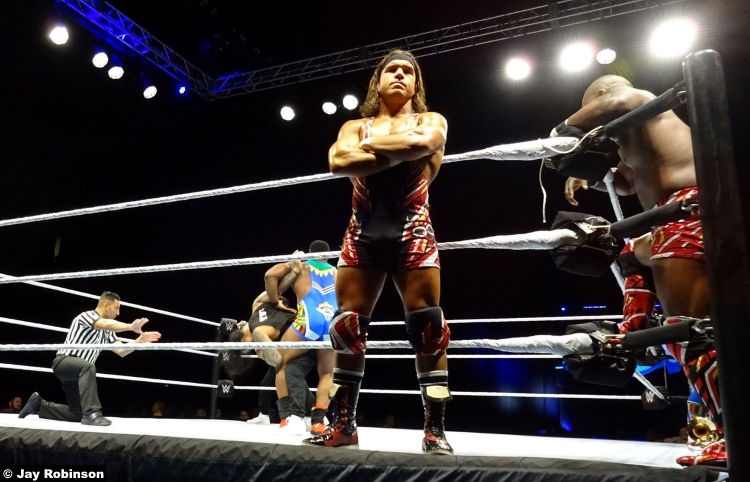 Like the Revival, Gable has been getting a nice push lately, but someone his size is always going to be a second-fiddle player. That’s a shame because the sky should be the limit for him. When he debuted in NXT, he had zero pro wrestling experience. What he had was a great work ethic, a natural charisma, and the best amateur skills since Kurt Angle. In fact, Gable resembles Angle, circa 1999 so much it’s uncanny. The biggest difference between them (besides the gold medals) is the fact that Angle is bigger. That being said, everyone was bigger in 1999; relatively speaking Gable is as big compared to his opponents as Angle was to his. Also unlike Angle, it’s clear that Vince doesn’t see nearly as much potential in Chad Gable. In AEW, however, he can be an anchor of the mid-card and eventually a main-event talent. 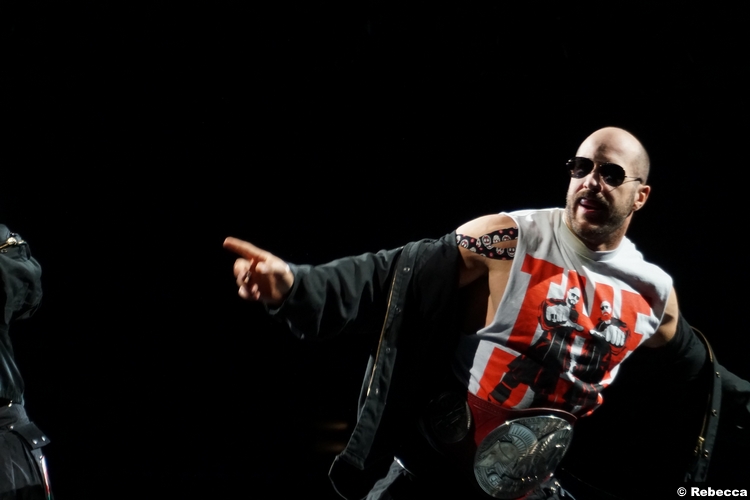 For a brief moment, Cesaro looked poised to become the next big thing. That was way back at WrestleMania 30 when he won the first Andre the Giant Memorial Battle Royal and was immediately paired with Paul Heyman. It’s been all downhill for him since then and he has spent the past few years toiling away in a tag team with the quasi-retired Sheamus. Cesaro has maybe ten years of work left in him, with five of them being full-time. He can either continue to be in WWE obscurity, held back because of his accent, or he can go to a brand that will take full advantage of his super-human strength and skills and make him the major attraction he deserves to be. 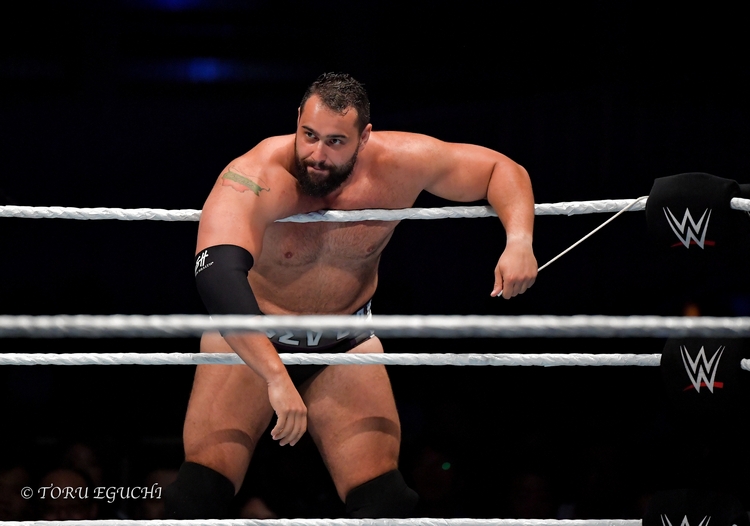 Remember Rusev Day? Remember when it got over with every live crowd from New York to Los Angeles? Remember when WWE killed it for no reason? Remember when Rusev mattered? AEW needs more dominating heels. Rusev checks the boxes. 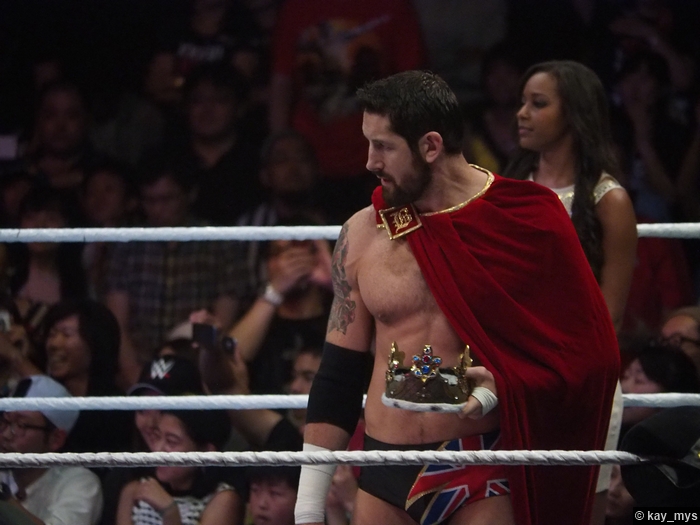 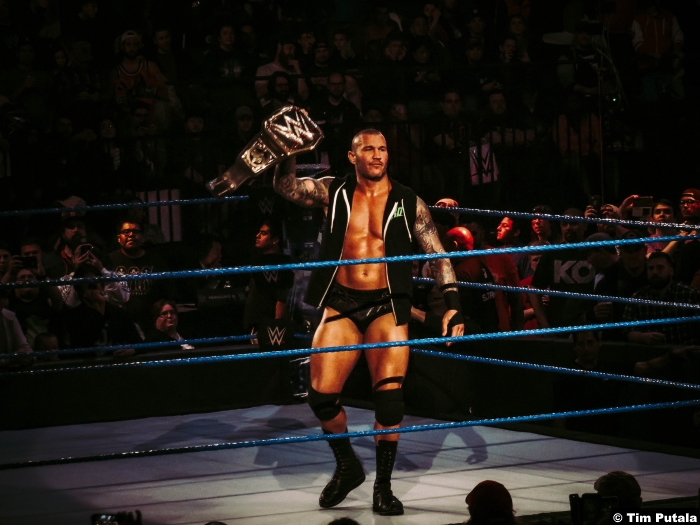 This would obviously be one of the biggest acquisitions AEW could ever sign and probably the biggest one they could conceivably sign. Despite almost twenty years on the main-roster, Randy Orton is only thirty-nine years old. He’s only a few years older than Kenny Omega and Cody Rhodes. He’s ten years younger than Chris Jericho. He’s a year younger than CM Punk. Of all the top-top guys in WWE, there’s not another one that has expressed as much frustration with how safe and sterile the company’s TV presentation is. Randy already has more money than he could ever need, and besides, AEW has the pocketbook to sign him for a pretty penny anyway. If he wanted to leave there’s not much Vince could offer, financially, that would make him stay. I’m not saying it’s an easy call that Orton will jump to AEW, but of all the WrestleMania main-eventer/sure-fire Hall of Famers on the roster, he makes the most sense.

That’s my list of WWE guys who seem most poised to jump ship. Who would you like to see in AEW?