Parsing the recent ratings war between AEW and NXT

I wasn’t planning on writing about AEW this month, other than the regular “Wednesday Night War” series of articles. The next one I had planned, originally, was due in October, looking back at the one-year anniversary of Dynamite. But since much of the online wrestling community is talking about it, I suppose we should too: 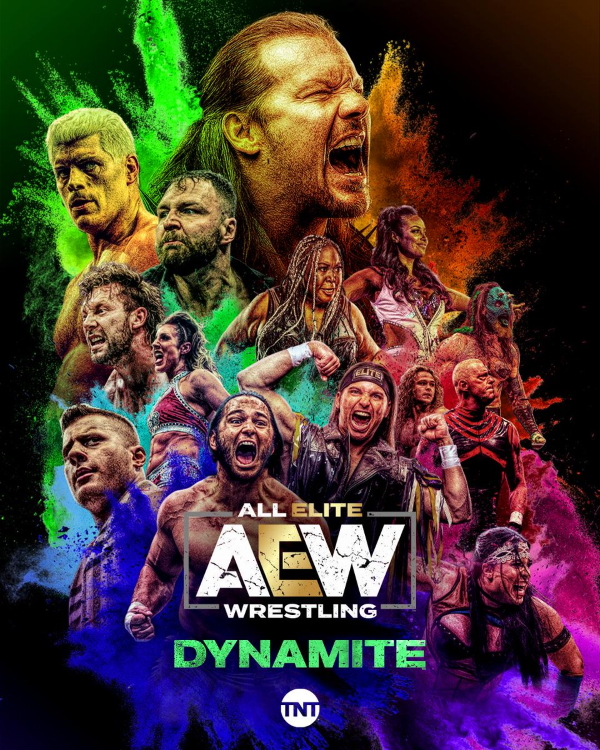 I know there were a few weeks there that saw NXT win the overall viewers number, but if you go back to the beginning of this head-to-head war, NXT has only beaten AEW six times, and that’s only in the “total viewers” mark. As Chris Jericho is quick to snark, AEW has never given up the “key demo” rating of 18-39-year-old viewers. While there were some close weeks here and there, where both shows essentially tied for viewers, for the most part, AEW has had a comfortable lead.

A month ago NXT beat them by about 150k viewers, which was their biggest margin of victory thus far, but that’s the margin that AEW typically wins by, week after week. I don’t want to come across as a homer or anything (it’s no secret I’m a fan of the product, but as long-time readers know, I have long loved NXT, and continue to as well). I want both Wednesday night shows to succeed, but the fact is AEW is winning this war.

And it is a war. I know some mock that idea since both shows are struggling to secure a million viewers week to week, but…have you seen RAW’s numbers lately? They’re under two million viewers and falling. At some point we have to start wondering if WWE as a whole is trending down, while AEW is slowly trending up.

July has been the most interesting month in terms of ratings-watching.

It began, technically, on the last Wednesday of June: NXT beat AEW in the overall viewers number for the first time since the end of last year. If you’ll recall, Dynamite started hot with well over a million viewers. As is always the case with a new show, the numbers dropped after one-time viewers moved on but slowly they leveled off and began settling into a solid groove of 700-900k viewers. As WWE geared up for Survivor Series, they threw a lot of star power over to NXT, causing a bump in viewers that led to a two-week ratings win (November 20 and 27, the Wednesday before and after the PPV). A couple of weeks later they won again (December 18), and after that…nothing.

Keep in mind, for much of January-March (pre-COVID basically), AEW wasn’t just winning, they were creaming NXT. Rating gaps of around 800-900k vs 500-600k. It’s a far cry from the peak of the WWF/WCW Monday Night War, when the two companies were combining for ten to fifteen million viewers every week. Nevertheless, it’s a relatively big margin and a sign that AEW was running away with the war.

When COVID-19 really struck hard and audience shows were ended, both brands struggled to retain viewers. Let’s face it, as I’ve said before, watching wrestling without an audience is like watching Seinfeld without a laugh track. It just feels off. Semi-casual fans tuned out and, as a result, the “older” and “more established with/loyal to WWE” fanbase gave NXT a better cushion to withstand it.

The first three weeks of June looked like this…

There’s a trend that should have been obvious in hindsight. If this were an election and those were polling numbers, the candidate leading in the polls would be sweating bullets; the challenger is gaining, shrinking the gap between them, and the trend is against the incumbent.

It was the WWE brand’s biggest victory over AEW to date, and even though it was their first in seven months, it still caused a huge buzz. It wasn’t even a special show. This was supposed to be the prelude to NXT’s two-week Great American Bash and AEW’s two-week Fyter Fest, both shows going head-to-head. The ratings win for NXT caused eyebrows to raise and put extra attention on the special shows in July.

NXT won those, too…

Now, there were a lot of factors orbiting around these two weeks. For one, AEW has been without a lot of their international star power since the COVID-quarantine went into effect. For another, the result of the championship match between Keith Lee and Adam Cole was leaked online a week before, meaning everyone knew if they watched NXT’s main-event they were guaranteed to see a beloved babyface beat a heel champ that had held the title for almost 400 days.  So, for a lot of reasons, AEW had to expect NXT would do well, but still, losing three weeks in a row was a tough pill to swallow. 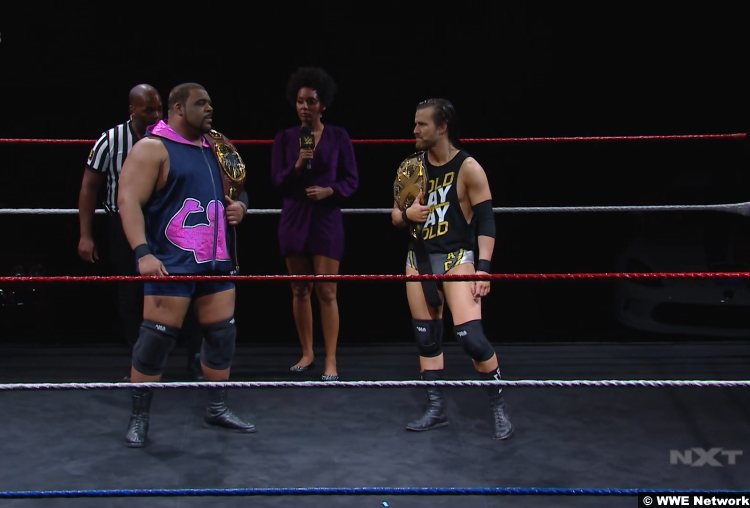 It was understandable that NXT would come down from the high and that, as a result, AEW would rebound the next week. Sure enough, that’s what happened. I think most would have expected that just as most expected NXT to win the week before. What wasn’t expected was the extent of the victory…

That July 15 number was the bounce-back most expected. AEW pulled in a great number of 788k and beat NXT by about 150k viewers. That’s as much a “return to normal” as you could ask for. But it’s the week after that is more interesting: On July 22, AEW pulled in nearly 850k overall viewers and beat NXT by a monstrous 230k. It’s the largest margin of victory since March 18, when AEW won by nearly 400k viewers. Even more important is the fact that AEW gained viewers two weeks in a row, which is something they hadn’t done throughout all of 2020.

Take NXT out of the equation and just look at AEW’s numbers: You have to go all the way back to early November to find a two-week stretch where an episode of Dynamite improved on the week before. Other than that, the show see-saws; occasionally it will lose viewers two or even three weeks in a row before climbing again, but only once before this month have they improved their viewer numbers vs. the week before two weeks in a row.

AEW lost to NXT on July 8, with only 715k viewers, but the next week they pulled in 788k. The trend says there should have been a dip, say to around 760k or so. Instead, they exploded with 845k. AEW drew over a million eyeballs for the end of the Young Bucks vs Butcher/Blade match with over 500k viewers in the all-important 18-39 demographic. 500k is remarkable for a demo number, considering that NXT only had 600k total viewers for the night. 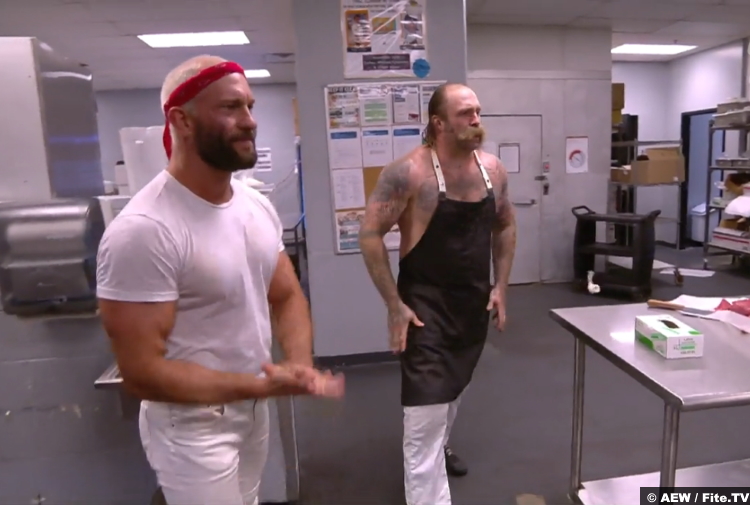 In addition, this was the first week in the history of Dynamite where they beat both RAW and SmackDown in the demographic battle. Considering they did that with NXT competing against them, whereas RAW/SmackDown had no wrestling competition on Monday/Friday nights, that’s incredible.

People saying this isn’t a war are missing it. This is totally a war, it’s just one that’s being fought over a relatively insignificant portion of the TV viewing audience. And right now, AEW is winning it.

Where it goes from here is anyone’s guess.