Nancy Drew S02E17 Review: The Judgment of the Perilous Captive – I knew it!

I knew it! I knew something was weird about Nancy lately. Last week, I chalked it up to her fears about the safety of her friends and family. Even when Carson noticed the strange effects in the Polaroid he took of Nancy, I didn’t suspect the truth. I mean, why would I? On this show, it could be literally anything. 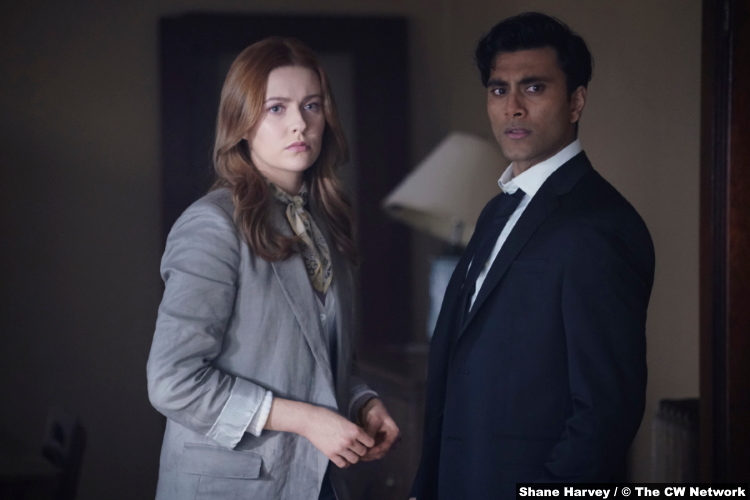 But we’ll get to that in a minute. Since this episode is titled after its captive, we should probably start with him. It’s Everett Hudson, of course, who was last seen being kidnapped by Nancy with help from Gil Bobbsey.

They’ve got him holed up in Lucy Sable’s house. And I have to say, with all the talk about the house being on the “west side,” and the subplot about Nick’s community center, uhhhh, how big is Horseshoe Bay? And why haven’t we seen more people? There’s like, two patrons in The Claw at any given time.

Anyway, Everett has a long list of crimes behind him (probably), but Nancy wants to talk about only one, the murder of Celia Hudson. However, there are early signs that this isn’t going to go as well as Nancy hopes. For one thing, Everett seems a bit surprised to hear that his late wife is…well, late. Also, he denies killing her, but he would.

Meanwhile, back in town, Celia’s body has been discovered. Ryan tells Detective Tamura about the Black Crown tape, but it’s a bit useless, as far as information goes. It’s like, there’s a tape…somewhere of my dad killing…someone. Great, that’s very helpful.

Neither of them knows where Everett is, but once Ryan hears about his dad’s limo being seen, again, on the west side of this apparently bustling metropolis, he figures it out. And he comes in fists blazing, assuming as his daughter did that Everett is responsible for Celia’s death. 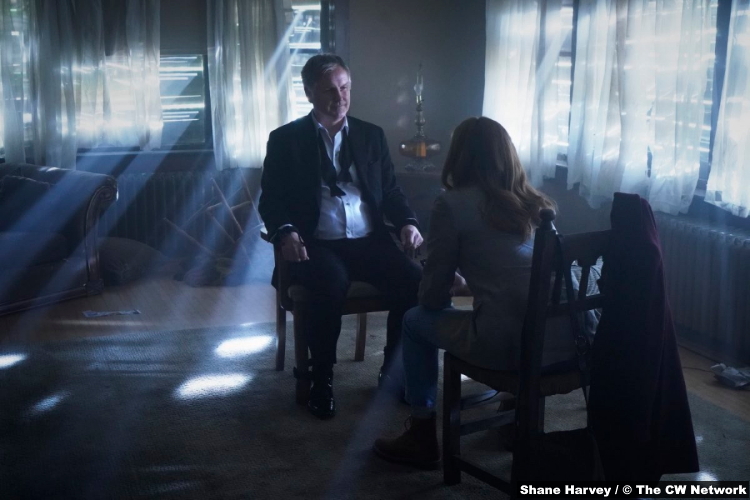 Then they’re pretty much at a stalemate. Nancy can’t find any evidence of Everett’s nefarious deeds, including something like a convenient hitman payment. What’s worse, at least for her theory, is that Everett and Celia had a prenup. It’s got kind of a funky clause: If Celia is murdered, then Everett gets nothing. What a beautiful marriage. Anyway, that sure would seem to cross him off the list. Would he forfeit all that money just to off Celia for no reason I can think of?

No, he would not, because he did not. Nancy realizes that the list Ghost Celia was talking about was no chatter about her party plans, but instead a reference to the list of names of The Road Back whistleblowers. A pass through Celia’s effects reveals a Road Back token was left with her body. Even the way her body was left, posed like Icarus, implies that she was being punished. Conclusion: The Road Back had her killed. And it’s Nancy’s fault, according to Everett. Man, that guy sucks.

With that, Nancy lets Everett go. Or really, she gets Gil to pretend to take an offer from Everett–money, his dad’s release from prison, etc.–in exchange for Everett’s freedom. In actuality, though, they let him go because they figure he’s going to rush right to the Black Crown tape. And that’s what he does, leading them and Tamura directly to it.

So they all gather ’round the VCR to watch it. Watch what? Watch Everett murder his own brother, whose death was attributed to alcohol-influenced misadventure in the woods. Finally, there’s a crime Everett can’t wriggle out of, not just yet. 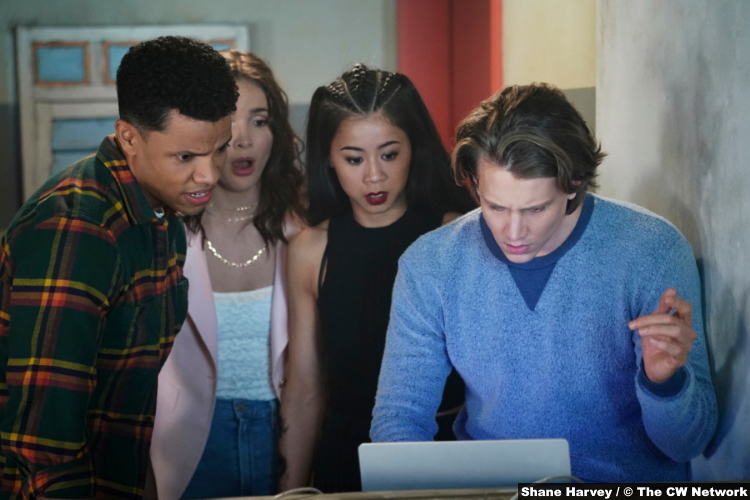 But of course, there’s that whole Road Back thing. And more importantly, at least at the moment, is what’s wrong with Nancy. Carson, being a Drew, has assembled the Drew Crew for his own purposes. They do some research and some ambush photography of Nancy, which leads to an unsettling conclusion.

Y’all ever been to the Haunted Mansion at Disney? If you haven’t, then there’s this part at the end, where the ride soundtrack says something like, “Watch out for hitchhiking ghosts!” Then your “doom buggy,” in which you’ve been riding, turns to the side where a mirror is, so you can see the ghosts hanging around.

That’s basically what’s been going on with Nancy, except real and much less fun. They knew she had some kind of paranormal parasite, but the spirit photography makes it clear. It’s that dang wraith! You know, the one she thought she vanquished in the very first episode this season. Nope! 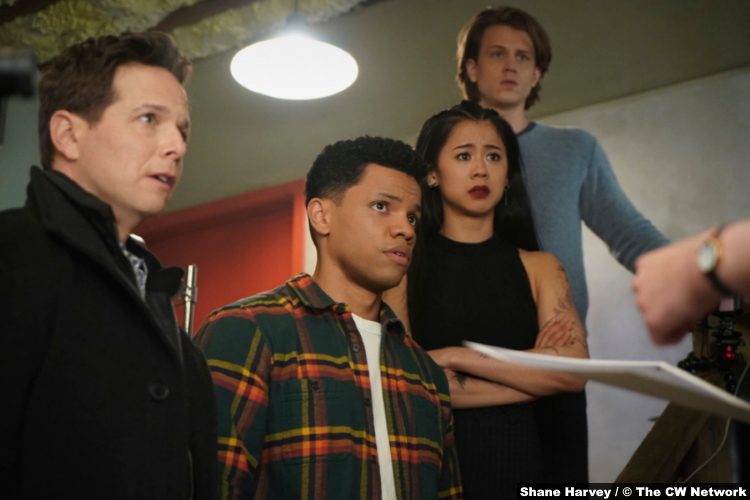 It’s been hanging on her like a tick, soaking up all her bad feelings. And it’s probably going to kill her in a few days. Well, if there’s a bright side–besides the fact that Nancy Drew will probably not kill off Nancy Drew–is that hey, at least she’s got George to sympathize with her about that. According to Hannah, with “Nodette” inside, George’s hypothetical “friend” has about a good ten years left. So with one episode left this season, they’ve still got a lot of work to do.

8/10 – Well, I, for one, am glad to have an explanation for why Nancy’s characterization has seemed so uneven at times. (Wait, is that why she started wearing a neckerchief all the time, lmao?) In addition, I’m glad to have a stopping point on Everett Hudson. That probably won’t be the last we hear from him, but it’s good to see Nancy get a victory.