As I watched this episode, I started to wonder. Is Nancy under some kind of Hudson-related spell? Number one, that wouldn’t be out of place in this town.

And number two, it would explain how short she becomes with everyone that we know she cares about. Of course, this turns out to be both a misinterpretation and a sleight of hand. I’ll get to the trickery in a bit, but first, the misinterpretation. 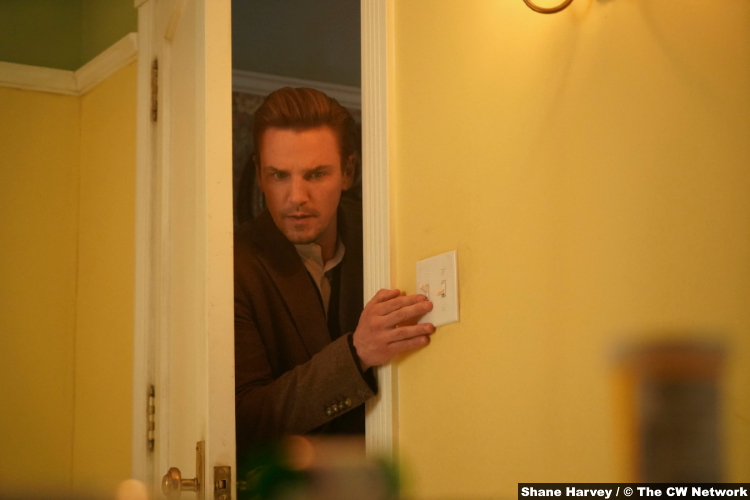 What I was seeing as a personality change wasn’t. Instead, I think she’s so terrified that something’s going to happen to the people that she loves that it’s coming out like this. Her natural tendency to want control is manifesting in frustration that they won’t just GET OUT OF HER WAY AND LET HER HANDLE IT.

And, of course, it only gets worse when it looks like her friends and family are working at opposing ends to her. Because after a foreboding murder dream about the party, she arrives at the Hudsons’ to meet Celia. Instead, it’s Everett (now played by Andrew Airlie) who gets to her first.

He wants her to look into his accountant, whom he thinks has been feeding information to…someone. Actually, it’s Ryan and Nick who are trying to hook up with the accountant, so they can find out more about the Black Crown tape. Purportedly, this tape is footage of Everett himself committing a murder. That would be good evidence, maybe. (I could imagine any number of scenarios in which Everett could just shrug it off.)

Unfortunately for Nick and Ryan, though, Howard the accountant is dead. Maybe it’s suicide, maybe it’s murder, but the fine details don’t exactly help them right now. What does seem to help, though, is Amanda and Ace, who visit Amanda’s dad in Seabury Prison. Howard had a visitor’s pass from the prison in his effects.

Mr. Bobbsey, who was the Hudsons’ groundskeeper, is hesitant to talk too much out of school. Yes, even to his own daughter. He does say, though, that everyone knows where the bodies are buried.

After shuffling through his extensive collection of (purloined) keys, the Drew Crew (minus the Drew) finds one that sticks out. They determine that Mr. Bobbsey must have been literal–as in, the tape is literally where the bodies are buried, the Hudson family mausoleum.

At the same time, though, Nancy is realizing that Everett is usually a step ahead of folks. She then realizes that whatever is waiting for Ryan, Nick, and Val, who is also helping them, is probably a trap. And guess what? It is! 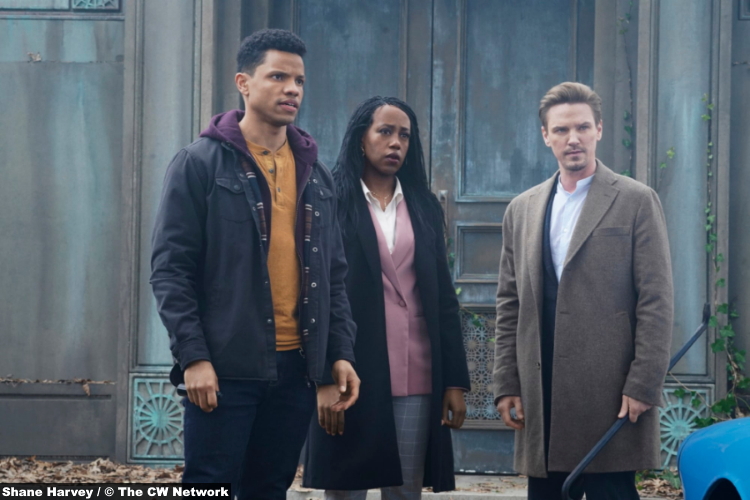 Nothing is in the crypt except a working video camera. So if Everett didn’t know that they were on to him before, then he does now. Ryan and Val will have to make themselves scarce for a bit. Nick, fortunately, wasn’t caught on camera.

With all of that on pause, it’s time for Nancy to go to the maybe murder party. Celia greets her, but her manner is as weird as it was when Nancy saw her earlier. For example, she’s repeating the same things she said to Nancy then. Strangely, it takes Nancy far longer than I’d expect to put it all together. Actually, it takes her finding Celia’s body.

That’s right. While I was fretting about Nancy, I wasn’t paying attention to Celia, who was actually a ghost. Misdirection. Anyway, it makes everything come into focus very quickly. Other things, though, remain mysterious. Like someone on the Nancy Drew subreddit wondered, what if Celia’s repeated conversation (about how Everett knows their secret) wasn’t directed at Nancy? What if it were the last conversation she had with someone else? 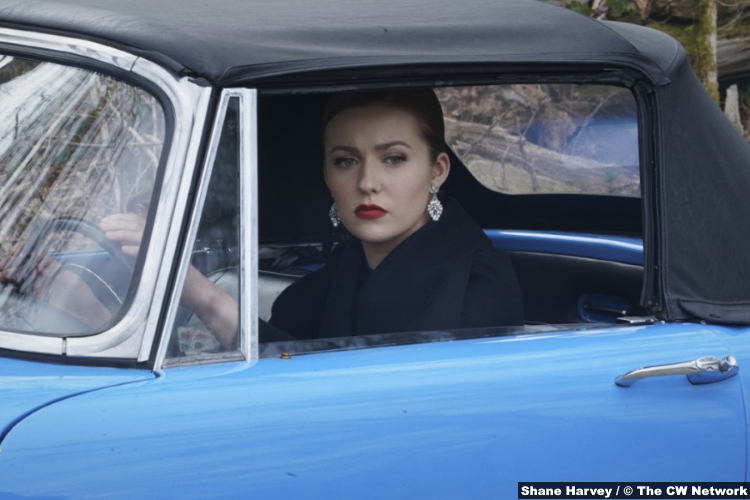 It seems as if that might be true, especially when Nancy ambushes Everett in his limousine. When she refers to herself as his granddaughter, he seems surprised. But of course, not as surprised as he is when she tases* him. And that’s how the episode ends, as Gil, the limo driver, takes them off to somewhere. So what’s Nancy’s plan now? And how’s she going to get that confession she has in the promo for next week?

8/10 – While it’s good to know that Nancy hasn’t gone to the dark side, I wish the whole crew could be integrated more into the story. I understand that it’s probably hard to write full storylines for everyone, but I just want more for Bess than worrying over a dating profile.

*Fun fact: The inventor of the Taser, Jack Cover, was actually inspired by the Tom Swift books. Taser, in fact, is an acronym for Tom A. Swift’s Electric Rifle (or loosely for Tom Swift and His Electric Rifle, depending on the source).