If something seemed different about this week’s episode, then that’s because it wasn’t a regular episode. It was actually a backdoor pilot for a series focusing on Tom Swift. Like Nancy Drew, Tom is the title character of a book series from the Stratemeyer Syndicate.

But where Nancy (and the Hardy Boys) were all about solving mysteries, the Tom Swift series was more sci-fi adventure. And that’s the kind of Tom Swift (Tian Richards) we meet in this episode. He’s super-rich, but he’s also super-smart–an inventor by trade and by choice. 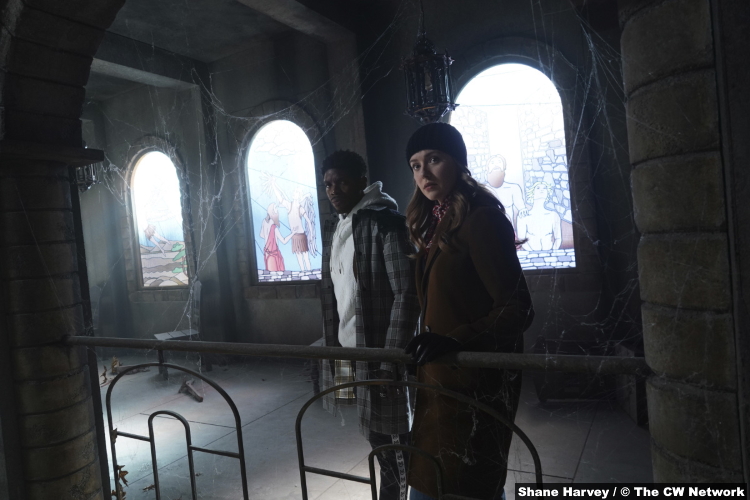 And that’s what brings him to Horseshoe Bay this episode. He needs a meteorite that is somewhere in the town. As this is Horseshoe Bay, though, it turns out to be in a place that once belonged to a secret society. I mean, obviously.

But something happened to the Icarans. Well, the “something” is death. They all died. It’s unclear, though, how they died, or why their abandoned hall is now repelling all efforts to retrieve the meteorite. Or comet fragment, whatever.

What is clear is that something must be done. As the comet gets closer to passing over Horseshoe Bay, its little baby in town is calling to it and vice versa. That, in turn, is wreaking havoc on the community. For example, Nick and George try to have a nice date night, but it’s a bit distracting when the salad course almost catches on fire. 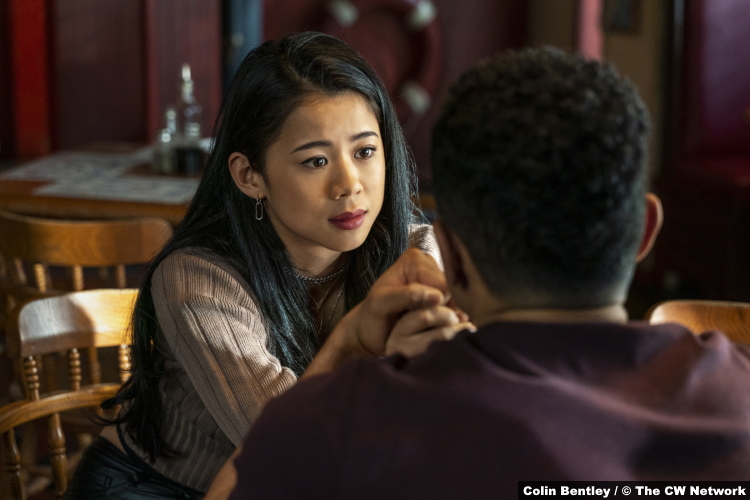 There have been hints already, of course, that something is amiss. Nancy arrives to work at The Claw to find it ringed with dead birds, who have had their pathways disrupted, and are flying into the windows. That’s not that unusual, I guess. However, there’s also the fact that the seawater behind the restaurant is now pink and glowing. That’s never a good sign.

So the Drew Crew does more research, while Tom, who’s hired Nancy to help, struggles to accept that this is a world in which the supernatural exists. He is, again, a man of science. It’s not always easy for people like that to square their worldview with stuff like phantoms. Because that’s just one of the things they’re dealing with in this episode–the Icarans are dead and not loving it. 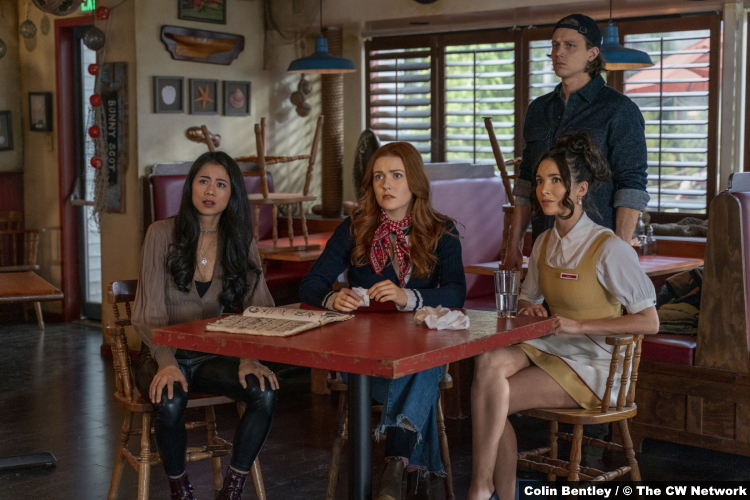 The research pays off, though, in the form of crime scene photos. The official story has always been that the Icarans died in something sad, but ultimately accidental–a freak gas leak, to be specific. But the pictures tell a more disturbing story. From what we can see, it looks as if the men attacked one another. This being Horseshoe Bay, there are any number of reasons, any number of causes for why this could have happened, of course.

Once the whole gang is in the hall, though, it quickly becomes clear. A bit of smoke escapes from the floor and travels merrily right down Bess’s throat. Bess is really going through it in this episode, by the way. First, George accidentally lodges a spirit in her face, and then she becomes possessed by murder smoke. She ends up in a sword fight with Ace!

Luckily for her, though, Nancy recognizes the smoke as a trademark of the Women in White. It seems that they really did not appreciate the Icaran stance on women’s suffrage, which was apparently, “Broads voting? Gross!” So they smoked them. Literally. 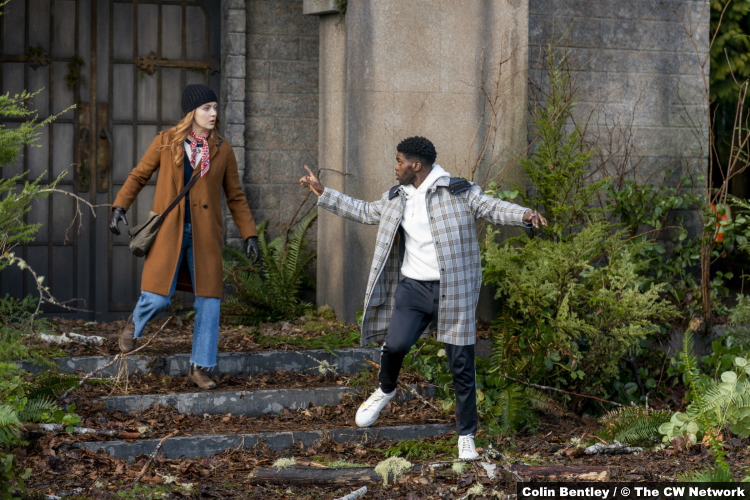 Once Nancy figures that out, it’s just a matter of reversing the spell. Tom is able to get the meteorite out and now he can build a spaceship for his father. (Please do not ask me to explain any of the science; I would rather die than learn something.) As a parting gift, he not only pays her–way too little, in my opinion–but he also gives her a dress to wear to a Hudson shindig. It’s her new armor as she moves closer to becoming a Hudson herself.

And on that note, in the middle of all this, Nancy also managed to crack the Val mystery. Ryan knows now that Val has been working with his mother. Or working against her, as the case may be now. That would be a good thing, of course, though. They’re going to need all the help they can get if they’re going to take down Everett. And now that it seems that The Road Back is connected to the story once again, it’s only going to get tougher.

8/10 – This was a decent, if fairly typical episode of Nancy Drew, as well as a great introduction to Tom Swift. There’s no word yet on whether/when The CW will pick up the Tom Swift series, but I’ll be there if/when it happens.